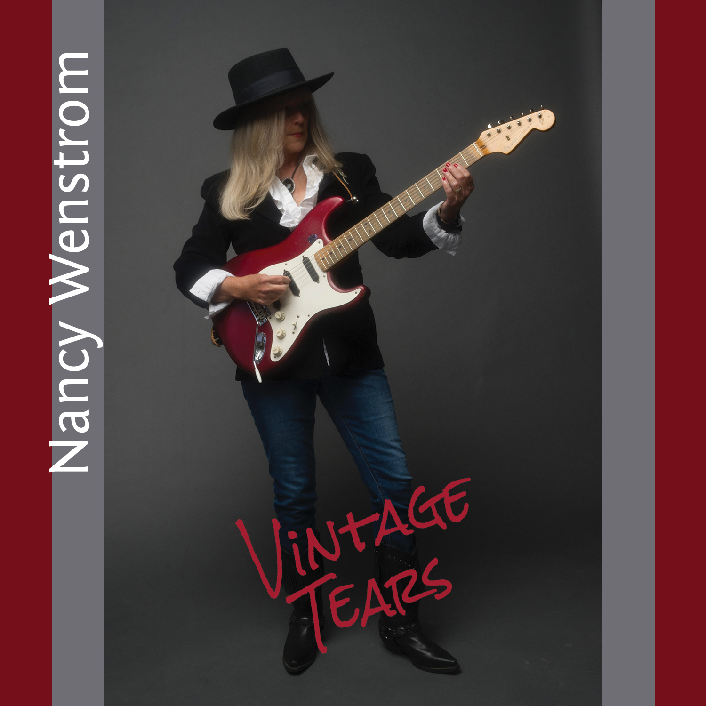 One of the most painful experiences in life is the realization that a love affair isn’t going to work out. Americana-blues singer-songwriter, Nancy Wenstrom is highlighting that harrowing journey in her new heartfelt rock single, ‘Vintage Tears,’ which is now available on digital platforms. The Fremont, California-based musician powerfully weaved an enticing web of witty, nostalgic lyrics and vocals with haunting instrumentals on her recently released track.

‘Vintage Tears’ is one of 10 new original tunes that will be featured on the artist’s upcoming album, ‘Inside Story,’ which was recorded just before and during the outbreak of COVID-19 last year. Wenstrom’s latest single, which is reminiscent of tunes released by such fellow female powerhouse artists as Bonnie Raitt and Sheryl Crow, is accompanied by a lyric video that brings the powerful lyrical metaphors to life.

The songwriter was inspired to pen the track while she was texting with a friend about his romantic life. He admitted during the conversation that the woman he was involved with cared more about him than he did for her. Wenstrom and her friend then came up with the idea for the lyrics about people realizing that their romance isn’t meant to be, and the subsequent fears that accompany that acceptance.

Once she began recording ‘Vintage Tears,’ the singer crooned in sultry vocals that the woman’s understanding of the new circumstances in the relationship releases the tears that she has stored up for a long time, which helps her start the healing process. Accompanied by a complex mix of guitars and the harmonica, Wenstrom also emotionally notes that tears bring relief, and time helps people let go of the things that aren’t working for them.

With its captivating lyrics that support the meaningful message that letting go of relationships that aren’t working is one of the healthiest things people can do, ‘Vintage Tears’ has the potential to become a true commercial hit. Also driven by stunning Americana-blues-rock instrumentals and melodies, Wenstrom’s latest single proves her long-lasting and influential impact on modern music, as she claims her rightful place in the world of contemporary music.