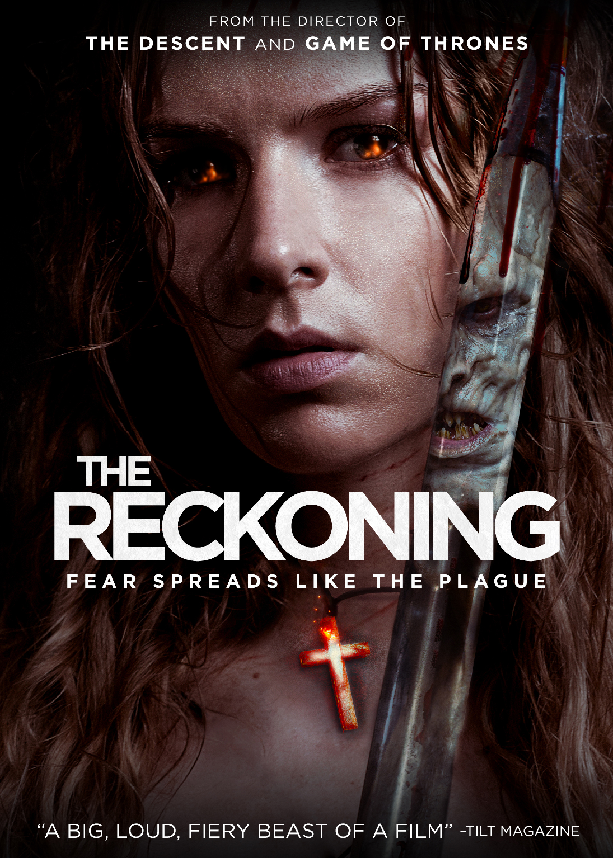 People often struggle with their own inner demons as they try to find solace in the world. That conflict becomes even more challenging when they’re left to battle the Devil himself. Actress Charlotte Kirk’s character of Grace Haverstock is discovering that important lesson the hard way in the new horror movie, ‘The Reckoning.’

RLJE Films is set to distribute the feature on DVD and Blu-ray on Tuesday, April 6, following its theatrical, VOD and Digital release last month. The DVD will be sold for an SRP of $27.97, and the Blu-ray will retail for an SRP of $28.96. The discs will include deleted scenes as a bonus feature.

In honor of ‘The Reckoning’s DVD and Blu-ray distribution, ShockYa is offering two lucky winners a DVD of the historical drama. To enter, email us at ShockyaGiveaway@aol.com. Let us know that you’re entering to win the ‘The Reckoning’ DVD giveaway in the email’s subject line, and include your mailing address in the message. You have until April 6, the day of the action movie’s release, to enter, and you can enter the contest once daily. On April 6, we’ll pick the winners at random, and notify them through email. Good luck!

In addition to Kirk, the film also stars, Joe Anderson (‘Across the Universe,’ ‘The Crazies’), Steven Waddington (‘The Imitation Game,’ ‘The Tudors’) and Sean Pertwee (‘Dog Soldiers,’ ‘Equilibrium’). The drama was directed by Neil Marshall (‘The Descent,’ ‘Dog Soldiers,’ ‘Doomsday’). The helmer also co-scribed the feature with Kirk, who made her feature screenwriting debut with the script, and Edward Evers-Swindell. Marshall and Kirk also served as executive producers on the movie.

‘The Reckoning’ follows Grace during the aftermath of losing her husband during the Great Plague. To make matters worse, she’s unjustly accused of being a witch, and is placed in the custody of England’s most ruthless witch-hunter, Judge Moorcroft (Pertwee). Forced to endure physical and emotional torture while steadfastly maintaining her innocence, Grace must face her own inner demons as the Devil himself starts to work his way into her mind.

Cancel reply
Nikki Believes a Husband Who’s Suspected of Murdering His Wife is Innocent on Silent Witness
The Extent of Mark and Cate’s Actions Becomes Apparent on Soldier, Soldier
To Top