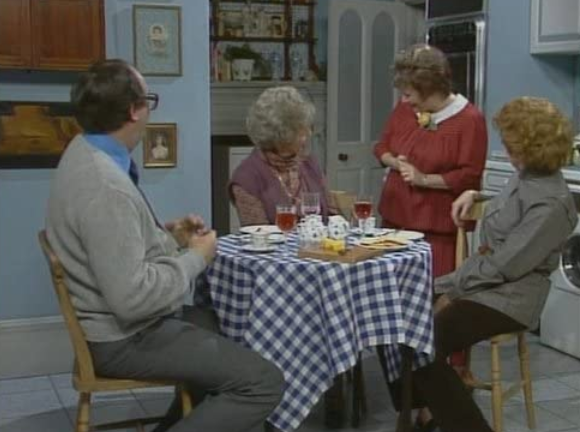 The cast of the British sitcom, ‘French Fields.’

Staying close to their family members, while also expanding their cultural experiences with new friends, is one of the best ways that people can truly enjoy life. The married title protagonists on the British sitcom, ‘French Fields,’ are doing just that after they move from London to Calais, France.

The television series serves as a sequel to the show, ‘Fresh Fields,’ and ran in the late 1980s to early 1990s on ITV. ‘French Fields’ starred Anton Rodgers and Julia McKenzie as the middle-class husband and wife main characters, William and Hester Fields. The continuation sitcom follows the couple as William accepts a position with a French company.

Repeats of ‘French Fields’ are currently airing on the Drama channel on Filmon TV. The latest episode to air on Filmon can be streamed this afternoon at 12:25pm-1:00pm local time. It can be watched live, or recorded and watched at a later time.

The fourth episode of Series 1, which is titled ‘The Naked Truth,’ was written by John Chapman, and directed by Peter Frazer-Jones. It follows William and Hester as they entertain a client from the Middle East.