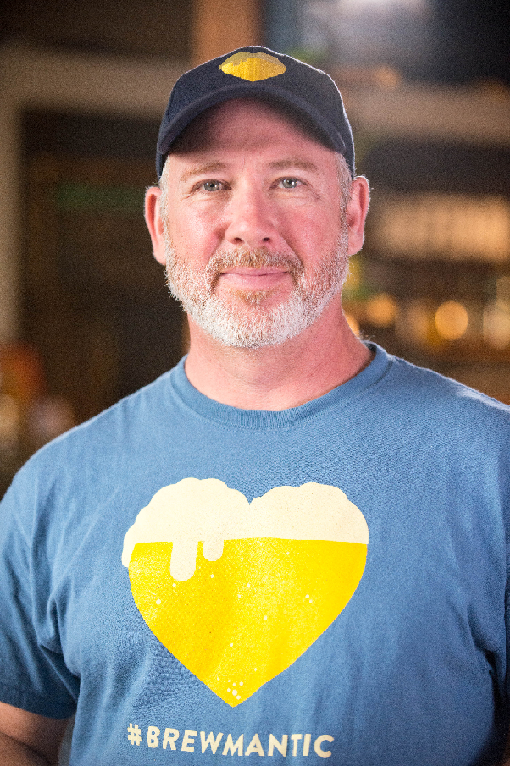 Homebrewing craft beer isn’t just a leisurely part of life for innovative entrepreneurs-it’s also their way for them to value independent thinking in an anti-authoritarian matter as they create enticing, unique flavors. Brewers honor and respect each other as they collaborate in their competition to give consumers the best new varieties of beer they didn’t know they wanted. That friendly rivalry is featured in the new documentary, ‘Brewmance.’

Giant Pictures is releasing the film today on major VOD platforms in the U.S., Canada and the UK, including Apple TV (iTunes), Google Play, Microsoft Store and Vimeo On Demand. The movie was directed by Christo Brock, who also co-wrote the feature with its editor, Sonja Schenk.

‘Brewmance’ follows the American Craft Beer movement, which began with a group of restless homebrewers who are searching for something genuine and flavorful. Today the movement has evolved into a redefinition of beer and an international cultural phenomenon.

That uniquely American spirit of rebellion and innovation is seen in two groups of homebrewers from Long Beach, California, who are looking to open their own breweries and bring their beers to the world. The groups include a Christian father-son team who grew close over making beer and retired Reel Big Fish member, Dan Regan, all of whom are looking for the quiet existence of a brewery owner. Also driven by the insight and commentary of such legendary brewers as Ken Grossman (Sierra Nevada), Fritz Maytag (Anchor Brewing), Charlie Papazian, Vinnie Cilurzo (Russian River), Sam Calagione (Dogfish Head) and Jim Koch (Boston Brewing), the film reveals the soul of craft beer in the heart of America.

Brock generously took the time recently to talk about directing and producing ‘Brewmance’ during an exclusive interview over Zoom. Among other things, the filmmaker discussed that he became interested in making a documentary about the American Craft Beer movement after one of his friends introduced him to home brewing and craft breweries. He also discussed that he interviewed and chronicled the journeys of both up-and-coming and legendary brewers in order to chronicle the history, and showcase the present and future, of the business.

The conversation began with Brock explaining what inspired him to explore the American Craft Beer movement in a documentary, and how production on the feature began. “When I was coming up with ideas for this film after I finished my last film, (the 2014 documentary,) ‘Touch the Wall,’ I was thinking about making film either about wine, country music songwriters or farming,” he revealed.

“Then a friend of mine, who was a home brewer, told me about one of his home brew club meetings. He told me the whole process of the members bringing in their own beers and sharing it with everybody, and telling them how they made it. Everyone would then give them feedback,” the helmer shared. “I thought, that sounds like an awesome forum to get really good at something.

“He then told me about one of the brewers there who was going to open up his own craft brewery. We then went there, which is called Smog City Brewing in Torrance (California). I tasted the beers there, and I was amazed. I couldn’t believe the variety and diversity of the beers, and how good each of them were,” Brock also divulged. “That’s when I thought, there is a story here, particularly if it involves home brewers inventing this whole craft beer movement.”

Brock then delved into what the experience was like of both directing and producing ‘Brewmance,’ and what his helming and producing approach was like while he was making the feature. “Every film is a challenge, especially when you’re the director and a producer. I felt like I had two sides of me that battled all the time. The director side of me wants to go out and shoot everything, including drone shots, but the producer side was like, how are we going to pay for this?,” he revealed.

“Producing a film like this was a nerve-racking experience. You never know if you’re going to have a story, so you don’t know how long you have to shoot. You’re also always worried about how much money you’re going to spend, and whether you’re ever going to recoup that money,” the filmmaker pointed out.

“You’re also always thinking about how you’re going to get the film to people. COVID has completely changed everything. We were going to release it in theaters, and then maybe do the VOD release that we’re doing now,” the producer shared. “So I think there was a bit of panic that set in in indie filmmakers like me. We thought, what do we do now? So we’re trying something new with the release. It’s now being released on VOD before it comes out in theaters. So the director in me is happy, but the producer in me is terrified.”

Brock then delved into how the film features commentary from such legendary brewers as Grossman, Maytag, Papazian, Cilurzo, Calagione and Koch, and how he decided what he would discuss with them during their interviews. “When you’re making a film like this, you’re trying to tell the history of something. So you have to be very careful that you get it right. I’m not a historian-I’m a filmmaker looking to tell a story. So I had to make sure that the elements of the story are correct.

“There hasn’t been someone who’s written a conclusive story about craft beer. There are some wonderful books out there, but I don’t think anyone has capsuled the whole thing,” the filmmaker noted.

“So in making the film, I staked my claim on what I think the history of craft beer is, and I’ve included some of the people in that history. But there are a lot of other people who are also a part of this story that could have been included in the film,” Brock continued.

“Given the structure of the film and how most of it is a personal narrative, with some expert commentary, I didn’t want to weight it too much in the history. So that meant not having too many voices,” the director added.

Including the personal dynamics in ‘Brewmance’s story was so important to Brock that he felt it was beneficial to highlight the process and experiences of friends and families opening breweries together throughout the feature’s narrative. “I think the core of any good film is the little moments of humanity that remind us that we’re human and what we identify with. That’s what I like most in films; I like seeing real people go through real things,” he divulged.

“I go see a film to feel the emotion, laugh and live in someone’s shoes for a moment. So I wanted to bring that to the film, and show that these are awesome, real people who are going through real things and being honest,” the filmmaker added.

Brock then delved into what his experience of collaborating with the movie’s cinematographer, Damian Apunte, was like as he decided how he wanted to visually shoot the feature. “I worked with Damian Apunte, who’s a Long Beach native. He was so fabulous and to work with on the film,” he shared.

“What we tried to do was capture the vérité moments through a handheld style of shooting. There’s a lot of shaky cameras because I would rather capture what’s happening than put the camera on a tripod and be locked down. I want to be mobile and be able to zoom in,” the helmer shared. “That contrasted with the formalistic way we shot the interviews for some of the other segments that were much more structured.”

“I’m a former editor myself, so I understand the process very well. Sonja and I went to film school together, and she actually gave me my first job,” the director revealed. “It’s great working with her because we speak the same language, so we didn’t have to talk about the process of putting the film together because we understood each other very well.

“It wasn’t easy going through those 600 hours of footage, and figuring out what the movie would be, because there were a few storylines. We spent 18 months putting it together and testing it, and showing it to small groups of friends,” Brock also admitted.

“In one of the cuts, we didn’t have a scene where Dan Regan, the former rock story, gets up in the morning, gets his kids ready for school and then goes to his office job,” the filmmaker shared. “So people might have thought, he’s starting a brewery because he’s a rich rock star.

“But that’s not the case at all. Dan’s a hardworking, blue collar guy. He got off the road from being a rock star, and found a job with benefits and insurance,” Brock continued.

“That’s the kind of stuff that works out in the editing room. It’s fun because it’s like solving a big puzzle,” the helmer concluded.