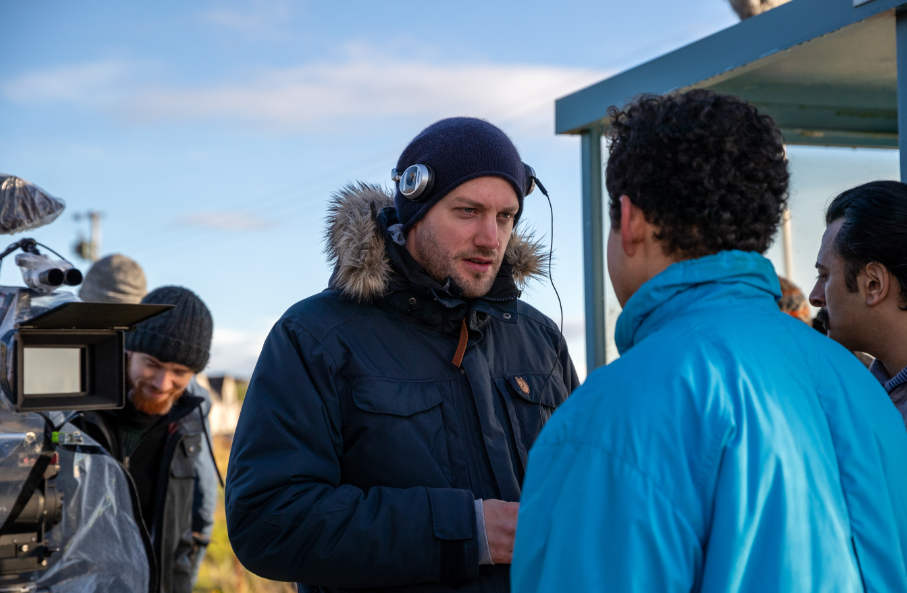 Reflecting on the complexity of the movement of refugees who are seeking asylum in foreign lands has been a long-held passion for filmmaker Ben Sharrock. With his upcoming second feature film, ‘Limbo,’ which he wrote and directed, the filmmaker shared his dedication to contemplating the trials and tribulations of refugees by offering audiences a wry and poignant observation of their experiences.

Focus Features is set to release ‘Limbo’ in theaters this Friday, April 30. The official distribution comes after the comedy-drama was nominated for two BAFTA Awards, including Best British Film and Best Debut by a British Writer, Director or Producer.

‘Limbo’ is set on a fictional remote Scottish island, where a group of new arrivals await the results of their asylum claims. One of the refugees is Omar (Amir El-Masry), a promising young Syrian musician who’s burdened by his grandfather’s oud (a stringed instrument that’s similar to the lute), which he carried with him all the way from his homeland. Due to the cast that was recently placed on his arm, he’s now unable to play his once-cherished instrument. So he instead wanders the island’s epic landscapes, searching for answers to his complex past and daunting future.

While one of Omar’s flatmates, Farhad (Vikash Bhai), tries to convince him to participate in the local open mic night, Omar keeps his oud firmly locked in its case, as he’s unsure how to reconnect with his music. Not only does his cast hinder his playing, Omar is also hesitant to do anything that reminds him of his former life because of his fractured relationship with his estranged brother, who decided to stay in Syria.

Thousands of miles from home, Omar finds himself trapped by guilt, regret and the grief that he carries for the loss of his former identity. Yet, with nowhere to return to and nowhere to move on to, Omar can do nothing but wait for the delivery of the letter about whether his asylum in Scotland was approved, which will determine his future.

Sharrock generously took the time recently to talk about writing and directing ‘The Outside Story’ during an exclusive video interview over Zoom. Among other things, the filmmaker discussed that his experience of working for an NGO in refugee camps in southern Algeria, and living in Damascus in 2009 shortly before the outbreak of the Syrian civil war, inspired him to make the movie, and also influenced his scribing and helming styles. He also delved into what the casting process was like for the comedy-drama, particularly for El-Masry, and how he worked with the actors to create their characters’ emotions about seeking asylum during such politically charged modern times.

Watch our exclusive video interview with Sharrock above, and the official trailer for ‘Limbo’ below.