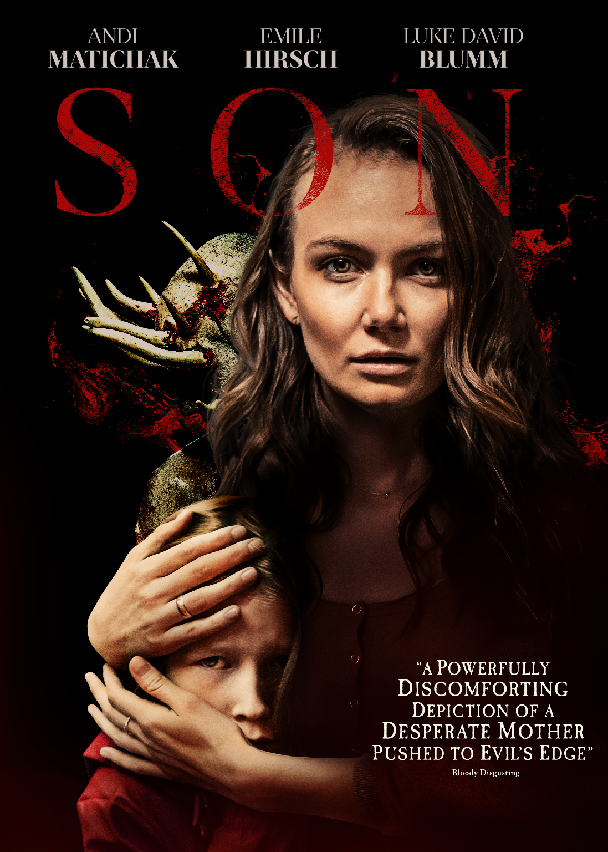 One of the most difficult decisions parents must make is how far they’re willing to go to save their children. That’s certainly the case for actress Andi Matichak’s protagonist of Laura in the horror movie, ‘Son,’ in which she must decide if she should follows her maternal instincts to save her title child, after they survive a harrowing home invasion.

RLJE Films is set to distribute the feature on DVD and Blu-ray on Tuesday, May 18. The DVD will be sold for an SRP of $27.97, and the Blu-ray will retail for an SRP of $28.96. The discs will include interviews with the cast and crew and deleted scenes as bonus features.

In honor of ‘Son’s disc distribution, ShockYa is offering two lucky winners a DVD of the historical drama. To enter, email us at ShockyaGiveaway@aol.com. Let us know that you’re entering to win the ‘Son’ DVD giveaway in the email’s subject line, and include your mailing address in the message. You have until May 18, the day of the thriller’s release, to enter, and you can enter the contest once daily. On May 18, we’ll pick the winners at random, and notify them through email. Good luck!

In ‘Son,’ after a mysterious group of individuals breaks into Laura’s home and attempts to abduct her eight-year-old son, David (Blumm), the two of them flee town in search of safety. But soon after the failed kidnapping, David becomes extremely ill, suffering from increasingly sporadic psychosis and convulsions. Following her maternal instincts to save him, Laura commits unspeakable acts to keep him alive, but soon she must decide how far she’s willing to go to save her son.