The rise in conflict between drastically different cultures is often driven by the missed opportunity between the groups to want to better understand the other’s distinct ways of life. The upcoming action-adventure movie, ‘High Ground,’ challenges the accepted notions of Australia’s settlement, and presents an alternative perspective on how the country was formed by its different cultures. It also explores the themes of identity in both the native Black and foreign white cultures, and the attempts that were made to preserve and progress both groups’ way of life in the face of an overwhelming threat.

Primarily set in the 1930s, ‘High Ground’ follows native teen Gutjuk (Nayinggul) as he teams up with Travis (Baker), a former World War I sniper, to track down the most dangerous warrior in the Australian Territory, who is also the young man’s uncle. As Travis and Gutjuk journey through the outback together, they begin to earn each other’s trust, but when the truths of Travis’ past actions are suddenly revealed, he becomes the hunted.

Johnson generously took the time recently to talk about directing ‘High Ground’ during an exclusive interview over the phone. Among other things, the filmmaker discussed that he was in part drawn to helm the drama because he has been familiar with the history of Australia’s Indigenous people since he grew up there, and wanted to tell their side of the fight to maintain their land and culture across the country. He also mentioned that he cherishes the experience of having worked with the diverse ensemble cast on bringing both sides of the story of the resistance to the attainment of Indigenous land by foreign cultures to the screen.

ShockYa (SY): You directed the upcoming action-adventure movie, ‘High Ground,’ which was written by Chris Anastassiades. Why did you decide to helm the film, and what was your working experience like of collaborating with Chris?

Stephen Maxwell Johnson (SMJ): It was really a case of this film being my life story, so I didn’t grab it from anywhere. It comes from the experiences, as a young person, of hearing stories and being part of ceremonies, and getting an insight into the history and culture of (Australia), as well as the oldest human culture left on Earth. That’s been my life story.

Going to school, I heard the white fellow’s version. Even though I’m a white fellow, all of my friends and closest associations were Indigenous people. I grew up that way in the Bahamas and Africa before I came to Australia.

So that was my world, and this story was really something I heard and had grown up with, and wanted to tell. It’s about me and my friends wanting to tell it. So we locked in on telling this story of the resistance together, and finding the balance of perspective. But we wanted to lean to an Aboriginal way, so we flipped the whole perspective of telling a story like this on its head a little bit to what had been previously done.

So working with my dear friend Chris on the script writing process took years. We sat with elders, listening and learning, and visited various sites and special places that all have special stories. So it’s been an immersive experience.

Even though the story was eventually put on paper, things were also improvised because inspiration came from various locations. The characters themselves are young people who are growing up, and it was their country and land, and it’s their story and connection. So it was an extraordinary process to be a part of, as there was also an amazing energy force right across Arnhem Land (which is in the Northern Territory of Australia, where part of the drama was shot).

SY: Once you began production on ‘High Ground,’ what was your overall helming style on the set?

SMJ: This is the story of the Indigenous players, including Jacob, who plays Gutjuk, and Esmerelda, who plays Gulwirri. So it was always about trying to create the space within the story for them to naturally bring it to life.

In the meeting scene, for example, some of the things that were said were improvised, because they were directly connected to those situations. Growing up, they heard stories from their fathers and grandfathers about those sorts of meetings. So they were able to bring a truth to it all.

So we were never committed to everything that we had written down. That allowed us to explore different ideas and the best way to go about putting them into the story. So allowing the actors to improvise allowed us to find their place in the story.

So directing was a very organic process for me. It was all about not allowing the camera dictate, but instead follow and be in the story, as opposed to sitting outside of it. I wanted to also film the movie with a camera lens that would give me height and width.

I also wanted to create a movie that has the soundtrack of the landscapes all around you. The story is all about drawing you into the country, which is also a character. Hopefully, audiences will find this to be an entertaining experience that also allows them to gain a different perspective on not only human history, but also the Australian story.

SY: Besides Jacob and Esmerelda, the drama also stars Simon Baker and Jack Thompson. What was the casting process like for the movie?

SMJ: I was very lucky because I knew Simon from 30 years ago. We did some video clips together, but hadn’t seen each other in a long time. He then became this mega star in America, and then we reconnected; he saw me at a festival and called out my name, and we started talking again.

Jack Thompson’s been a champion of film, especially these types of movies, for a very long time. There are a lot of other people out there who also want to be a part of this new narrative and truth-telling of our history. So there were a lot of actors and well-known people who were very happy to be involved in the film.

In terms of the Indigenous players, they had never acted before. There was an extensive process over the course of many years in which we traveled through Arnhem Land and screen tested nearly 2,000 people, including for the roles of Gutjuk and Gulwirri.

They were just extraordinary people who weren’t shy, and wanted to tell their own story. When the camera was on them and we did some improvisations, they just delivered.

Over a period of time, we were able to get this incredible ensemble of people together. Everyone wanted to tell their story. It was an amazing casting process, during which I heard about extraordinary people who lived in remote places, so we had to helicopter them in sometimes. We would then sit down with them and talk about this story, so that we could establish trust.

Almost everyone had heard of this story, so almost everyone from Arnhem Land was there. (Johnson laughs.) They were always going to be in the film, so it was just about putting together the right group of people. They wanted to stand up and tell their own story.

SY: ‘High Ground’ was shot on location in Australia, including in Arnhem Land, like you mentioned, and Kakadu. What was the experience like of shooting the film on location?

SMJ: The film was shot in Arnhem Land and Kakadu, which is the last true wilderness in Australia. It’s a beautiful part of the world, and where some of the Indigenous people live, in very remote communities. The film’s story came from the families and the heart and soul of that place, so that’s where the story is set.

Most of those locations have never been filmed in before, so we were given special permission from the elders to go into these places because of the story and spirit songs that were attached to them. They’re very much part of the world of the story. So it was about the country and landscape, and how they’re connected to the essence of the film’s story. That’s how we were guided by the families on appropriate places to film ‘High Ground.’ 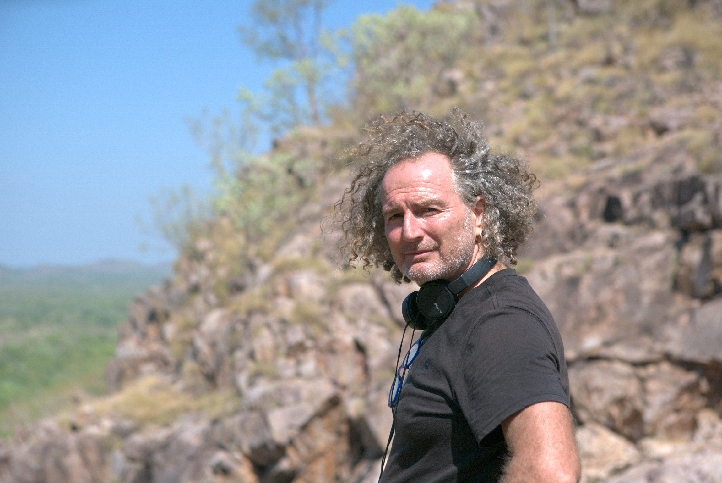