The chance to own the ultimate piece of UFO lore –an NFT minted from the original 1947 Alien Autopsy film — has the major collectors on high alert — potentially including buyer of Disaster Girl and Charlie Bit My Finger; “We’re in Bermuda Triangle and Bigfoot territory here,” says our expert. “$1 million is not enough.” 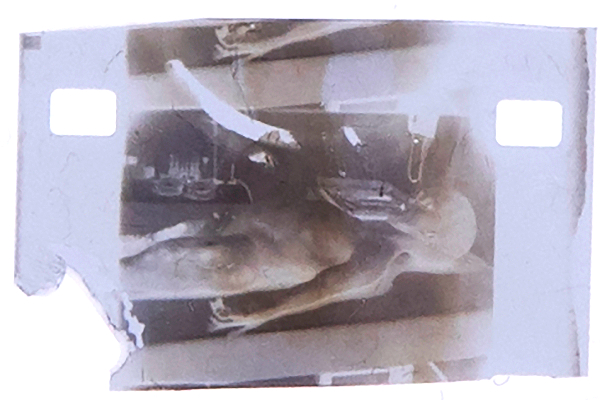 It was on the front page of every tabloid in the world in the ‘90s. It became a multipart documentary on Fox that was viewed live by 10s of millions. And it inspired both an X-Files 2-parter and an incredible opening bit between Kramer and Newman on Seinfeld. It’s the Alien Autopsy film. The most famous, and most hotly debated, artifact in the Roswell/UFO universe. And now it can be yours.

IF you can beat out the space-faring billionaires said to be interested, the likes of Elon Musk, Jeff Bezos and Richard Branson. It’s an item that would look awfully cool in their space port lobbies.

Could Beeple-buyer Sundaresan be in the mix too? Who knows?

The reserve at Rarible for Alien Autopsy is set at $1 million.

“Some think that’s crazy,” said an NFT collector who asked not to be named. “But when you think about it why would they take less? This is not your average pixelated cat. Alien Autopsy was THE meme before there were memes. 100s of millions of people read about it, saw it on TV, wondered about it, even joked about it. Listen — some still say its a hoax but who cares — for nearly 30 years it’s been bigger than the Bermuda triangle or Bigfoot in the culture.”

Alien Autopsy was made into a Warner Brothers film in 2006 starring UK comedy duo Ant & Dec as well as Bill Pullman and Harry Dean Stanton. The movie was a major hit in Britain but was squashed in U.S. — some say by the government.

This all comes as the Pentagon continues to release reports of UAPs over our skies. The U.S. Senate is demanding more information and former presidents Barack Obama and Donald Trump have dropped tantalizing hints that they’ve seen ET info no one else knows.

Meanwhile the UFO world is going crazy — those opposed to the authenticity of the film are harassing anyone who Tweets or Facebooks news about the auction, and experts with real knowledge are looking into the case with fresh eyes. (See this story in The Debrief).

The buyer of the NFT will also get a physical frame of the original film, and a letter from Kodak from 2001 verifying the age of the film stock. The sellers have guaranteed no further NFTs will be minted from the film — making this truly a once in a lifetime chance to own a piece of UFO history.

The auction is live at Rarible.com and goes until Thursday, May 27th at 10:30 AM PT.
Check it out here.