Connect with us
DJVargo · Half Bad 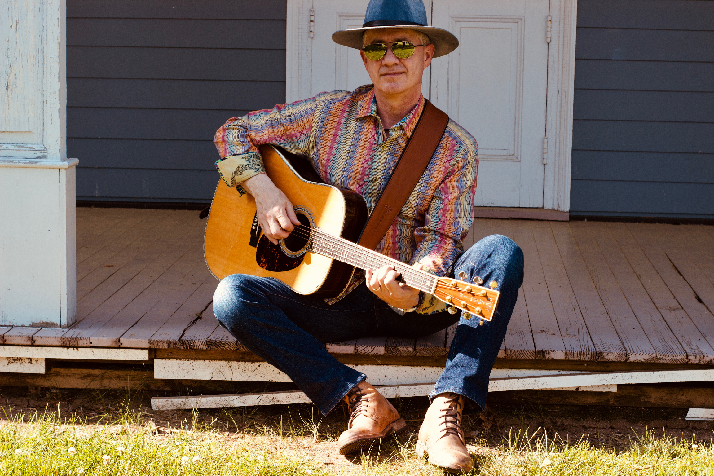 Multi-talented musician Dave Vargo powerfully proves once again that he maintains full artistic control over the narratives he tells in his songs with the recent release of his latest indie-rock single, ‘Half Bad.’ The singer-songwriter’s new track further secures his place as a fearless leader in the Americana genre, as he courageously shares his most sincere beliefs that people should learn to appreciate their circumstances, instead of always just yearning for what they don’t have in life.

The East Brunswick, New Jersey native unveiled ‘Half Bad’ as the first single from his upcoming third album, which he’s currently working on in the studio. Capitalizing on his signature mixture of profound vocals and lyrics and gripping instrumentals that feature the stunning country vibes he established on his initial two records, while also evolving his unique artistic style, Vargo crafted a commanding, relatable new tune that will surely appeal to fans of all genres.

Driven by his trademark heartfelt guitar strumming and emotional vocals, the musician’s latest single is truly relatable, due to his natural ability to chronicle universal emotional journeys that people of all backgrounds have surely contended with in their lives. In rustic folk-rock-alternative-Americana vocals that rival such fellow singer-songwriter-guitarists as Paul Westerberg and Mike Cooley, Vargo sentimentally croons about how easy it is for people to dream about things they want but don’t have in their lives.

The musician also commandingly croons the powerful message that as people struggle to move forward, they also begin to realize that their existence isn’t half bad. Set against increasingly energetic harmonies, his lyrics also note that people begin to appreciate what they do have while they continue to aspire to continuously reach new goals and improve themselves.

With the release of ‘Half Bad,’ Vargo assures his place as a true standout pioneer in the Americana genre. Driven by a stunning backdrop of indie rock guitar riffs, powerful vocals and emotional, relatable lyrics, the singer-songwriter crafted a stellar, relatable track that commands attention. Also supported by rustic folk-rock harmonies, the musician crafted a perfect inspirational tune that reminds people that they should learn to appreciate what they already have in life while they also strive to accomplish their next goals in their lives.