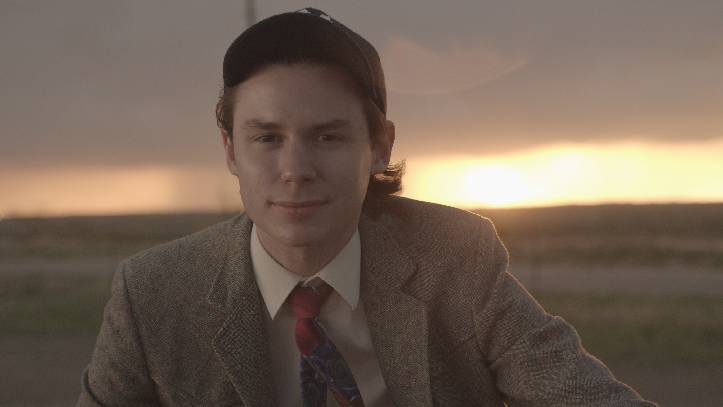 Being able to use their public platform to voice their concerns is a powerful experience for such inspirational people as Hayden Pedigo. The up-and-coming Amarillo, Texas-based experimental musician, who has also become a serious political contender in his hometown, is one such motivational leader who’s driven to continuously fight for the rights of his fellow residents through his platform. His determination to create a better way of life for his town is chronicled in the new documentary, ‘Kid Candidate.’

Gunpowder & Sky will release ‘Kid Candidate’ On Demand and Digital tomorrow, July 2. The film’s official distribution comes after it had its World Premiere at this year’s SXSW, where it received critical acclaim.

In honor of ‘Kid Candidate’s official release, ShockYa is premiering an exclusive clip from the feature, which is titled ‘The Reason I’m Running.’ The clip follows Pedigo as he chronicles how he feels his life really started when he turned 18 because he was able to start doing the biggest thing possible. The clip then follows the musician as he goes into Amarillo ‘s public forum and announces that he’s running for city council. He notes that the the reason why he’s running for city council is because he’s all about supporting progress and development in Amarillo. He adds that with their town continuously growing, he wants to create a better future for everyone.

‘Kid Candidate,’ which was directed by Jasmine Stodel, tells the story of Pedigo’s unlikely run for city council in Amarillo when he was just 24-years-old. His run for a seat on the city council came after his spoof campaign video, which was inspired by filmmaker Harmony Korine, went viral.

Cancel reply
The 1948 Case of a Murdered Soldier is Reopened on Waking the Dead
Interview: Justin Dyck and Keith Cooper Talk Anything for Jackson (Exclusive)
To Top