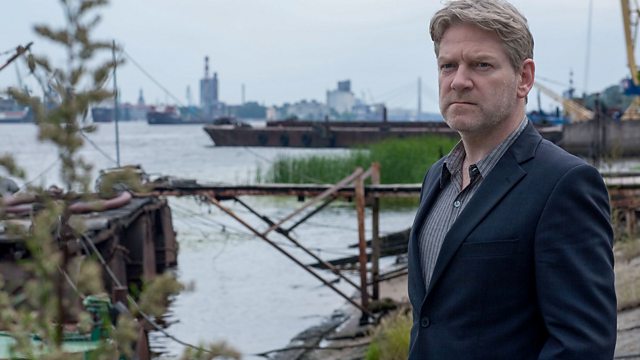 A scene from the ‘The Dogs of Riga’ episode of the British crime drama television series, ‘Wallander.’

Repeats of ‘Wallander’ are now being broadcast on the Drama channel on Filmon TV. The latest episode to air on Filmon can be streamed this evening at 5:35-7:35pm local time. It can be watched live, or recorded and watched at a later time.

The second episode from series 3, which is titled ‘The Dogs of Riga,’ was written by Peter Harness, and directed by Esther May Campbell. The feature-length episode shows that after two corpses are washed ashore on a raft in Ystad, Wallander travels to Latvia to find the killers. Thrown into a cold, alien world of police surveillance and lies, Wallander soon finds himself entangled in a web of corruption with no one to trust.