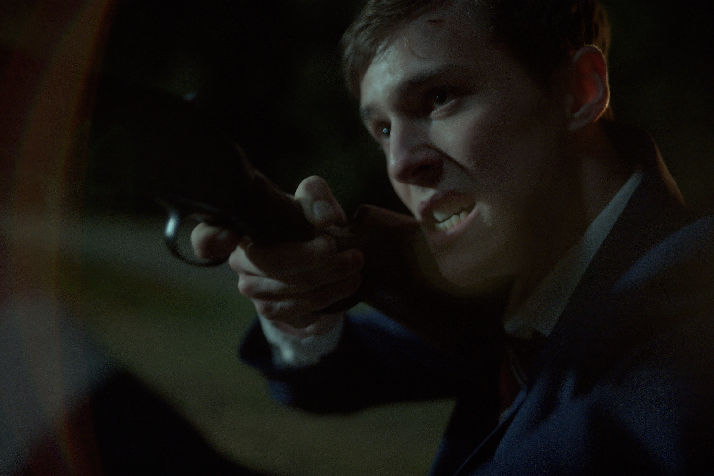 Up-and-coming British actor, Oscar Kennedy has learned to effortlessly battle the challenges of a global virus, both on screen and off. The performer, who has garnered notoriety for starring on such television series as ‘Outlander,’ ‘Home from Home’ and most recently, ‘Ladhood,’ is now proving his star power in films with his leading role in the new post-apocalyptic thriller, ‘School’s Out Forever.’

Kennedy plays the horror movie’s protagonist, Lee Keegan, a fun-loving teenager who must suddenly do whatever it takes to protect not only himself, but also his peers, when a pandemic begins spreading around the world. The comedy-drama, which is now available on VOD, courtesy of Central City Media, was shot in the civil parishes of Swanley and Shoreham in Kent, England right before the start of COVID-19 in real life.

‘School’s Out Forever’ is based on the 2012 book of the same name, which is the first installment of ‘The Afterblight Chronicles’ trilogy by Scott K. Andrews. The screen adaptation was written and directed by Oliver Milburn. Besides Kennedy, the film’s ensemble cast features Liam Lau Fernandez, Alex Macqueen, Samantha Bond, Jasmine Blackborow, Steve Oram and Anthony Head.

In ‘School’s Out Forever,’ no sooner has 15-year-old Lee Keegan been expelled from his private school than a pandemic spreads like wildfire around the world. With his father dead and mother trapped abroad, Lee is given one instruction by his mom: go back to school.

But safety and security at St. Mark’s School for Boys is in short supply. Its high walls can’t stop the local parish council from forming a militia and imposing martial law, while inside the dorms the end of the world is having a dangerous effect on Lee’s best friend, and his unrequited crush on the school nurse isn’t helping him concentrate on staying alive.

In honor of the film’s digital release, ShockYa is premiering an exclusive clip from the feature. In the clip, the members of the new militia is determined to hold the students and staff at St. Mark’s School for Boys responsible for a crime they feel has been committed against them. In an effort to protect himself, his classmates and his teachers, Lee leads the school’s defense against the local parish council.

Also in support of ‘School’s Out Forever’ distribution, Kennedy generously took the time recently to talk about starring in the feature during an exclusive video interview over Zoom. Among other things, the actor discussed what elements of the character, as well as the overall story, that convinced him to take on the role of Lee in the thriller. The actor also mentioned what his experience was like of working with Milburn as the writer and director, particularly in creating Lee’s emotional arc and physicality throughout the movie’s shoot. The performer also shared what the experience was like of making a horror film that focuses on the effects of a global pandemic right before the onset of COVID-19 in real life.