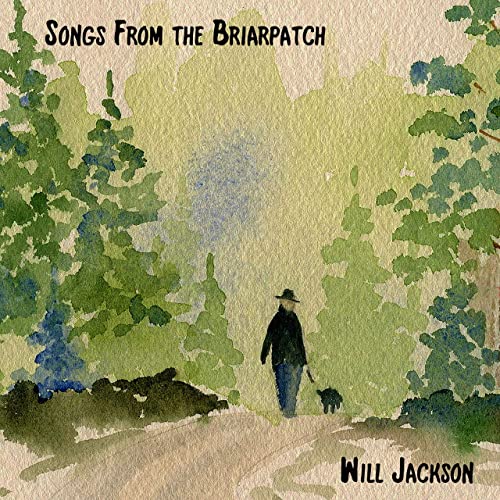 People often have to engage in a variety of interests until they finally find one that they’re truly passionate about and creatively influences them. That’s certainly the case for country singer-songwriter, Will Jackson, who recently released his latest heartland rock-inspired album, ‘Songs From the Briarpatch.’ The 10-track record boldly leans in to the Nashville-based artist’s love of his hometown and Americana music, which arose while he played over a thousand shows in Tennessee’s capital city.

While penning ‘Songs From the Briarpatch,’ the musician drew on his full range of influences, which, besides his current hometown, also include his dad’s love for classic rock, his mom’s preference for musical theater, his siblings’ adoration of alt-rock and the two years he spent at the Berklee College of Music in Boston as a songwriting major. Those inspirations encouraged him to create a diverse group of unique songs that are all relatable and sentimental for his latest album.

‘Songs From The Briarpatch’ begins with one of its best entries, ‘Looks Like Today,’ which is driven by an searing, upbeat twangs on the acoustic guitar and shrieking organ. Also featuring an enthralling melody that emphasize Jackson’s expressive vocals, which are reminiscent of Tom Petty’s voice, the heartfelt Americana tune reminds its listeners to lead a happy life, no matter what circumstances they find themselves in. The unique blend of the singer’s evocative vocals, expressive lyrics and alluring instrumentals create the sentimental atmosphere for the rest of the record.

‘Looks Like Today’ then delves into ‘Songs From the Briarpatch’s enthralling sophomore entry, the country-heartland rock-inspired ‘Good Enough.’ The song is driven by soothing piano chords, stellar guitar riffs, meandering mid-tempo rhythms and folk-inspired melodies, which support the meaningful lyrics that contemplate the legacy of relationships. The Southern gospel-driven track also features stellar vocals from Jackson, which are reminiscent of such fellow rock singer-songwriters as Don Henley, John Mellencamp and Jon Bon Jovi. In his signature heartland rock vocals, Jackson proclaims that if something’s good enough for the person in his life, it’s good enough for him.

Another enthralling tune on the musician’s new album is its fifth entry, the Americana-driven ‘There Was a Time.’ Jackson’s vibrant, eloquent lyrics and vocals are driven by warmth and nostalgia as he emotionally croons how he had a love that he can no longer maintain. The lyrics’ relatable reflection on relationships is supported by tantalizing guitar riffs and soothing piano chords, which help make the song a true standout.

‘Songs From the Briarpatch’ begins to wind down with its penultimate track, ‘Catch the Wind,’ which is another one of the project’s true standout entries. Driven by stellar country-Americana acoustic guitar riffs, the artist sentimentally reflects on what people are truly doing with their lives. The encouraging tune encourages its listeners to take time for themselves, and dream and strive to obtain a better life while they still have time. The inspirational song is a stellar, much needed reminder that people can obtain their goals and dreams, even during difficult times.

Jackson’s latest record ends with the soulful, but equally lively, track, ‘Caroline Calls.’ Guided by strong vocals, joyous, uptempo piano, horns and guitar, the country-rock tune is a powerful reminder that people can truly revive their relationships if they work on their connection and are devoted to making things work between them.

Jackson is a versatile singer-songwriter who creatively infuses his tracks with an enthralling sentimentality that reflects how his relationships, as well as his experiences in his hometown of Nashville, have influenced his views of the world. ‘Songs From the Briarpatch’ is a stunningly unforgettable and relatable mixture of Americana, country and heartland rock vocals, lyrics and instrumentals that reminds its listeners that no matter what circumstances they may find themselves in, they should always embrace the good elements of their lives.