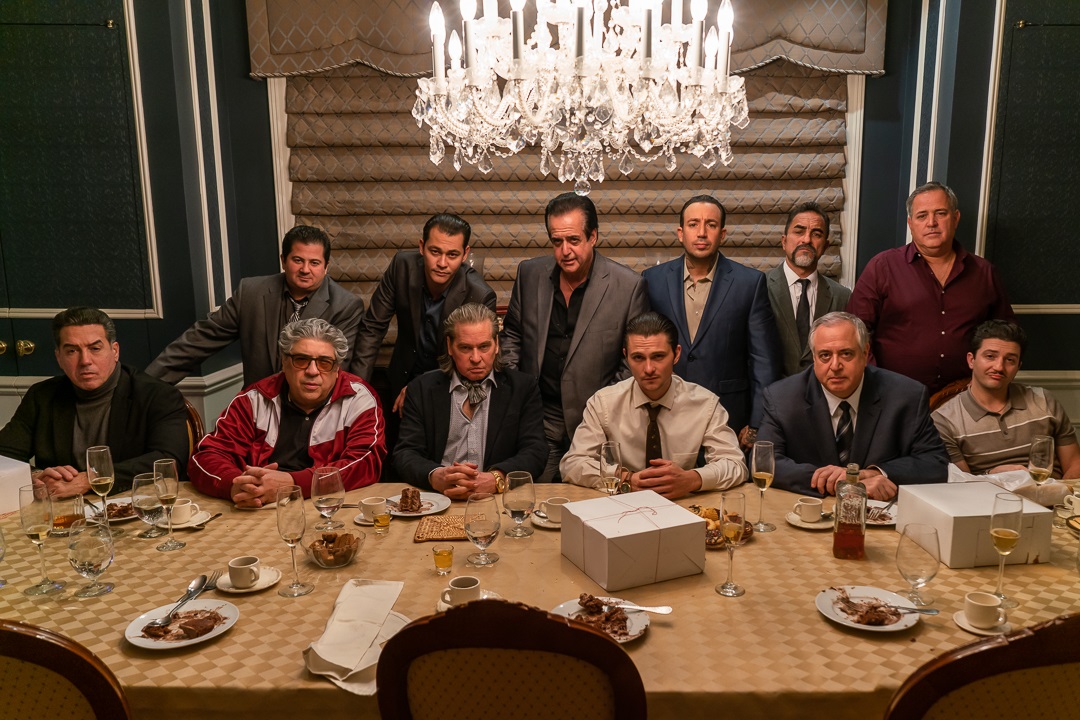 Being in the mob is a dangerous business. Not only does it tend to involve criminals and the many crimes they commit, there is a culture of secrecy and protectiveness that exists when law enforcement gets involved. The Sopranos taught television audiences what happens to those who turn against their brothers and sisters, and how even the most off-the-record, no-paper-trail operation inevitably gets exposed. Even and especially if someone has opted not to pursue that lifestyle, there may be no escaping a world that doesn’t like to let people go.

Gio (Shiloh Fernandez) lost his father under mysterious circumstances ten years ago, and as a result is even closer with his mother, Sofia (Lorraine Bracco). As the tenth anniversary of his unexplained death arrives, Gio is tasked with a seemingly simple assignment from Sofia: to bring a cake to Uncle Angelo (Val Kilmer), a mob boss. Things aren’t quite that cut-and-dry, as Gio finds himself tangled up in a mess that involves the missing Leo (Emory Cohen), who everybody wants to find, a corrupt cop (William Fichtner), a priest (Ewan McGregor), and a whole host of characters eager to pay respects to Gio regarding his loss and just as likely to try to kill him.

Watching this movie is surely enhanced by a knowledge of the gangster genre, namely the fact that people almost always have ulterior motives, and what they say usually contradicts what they mean, particularly if it has to do with letting something go or accepting an objection or excuse. The above reference to The Sopranos is relevant in part because two actors who will forever be associated with their roles on that show – Bracco and Vincent Pastore – appear here and confirm that this mafia world is very much like the mafia world of that show, with the same penchant for betrayal and a shoot-first, chop up the body, then think about asking questions attitude.

There is an embarrassment of talent in this cast, and while it’s great to see such fine actors, there’s not necessarily all that much for them to do. Fernandez gets the most screen time, playing the commonly-featured outsider who’s spent too much time on the inside to really ever be able to leave this community. Kilmer gets a juicy role, one that finds his intimidating mobster speaking through a voice box, as does Fichtner, who is typically excellent but also underused. John Magaro is preparing well for a prominent role in the upcoming Sopranos prequel, The Many Saints of Newark, and a number of other performers, including Penn Badgley, Emory Cohen, Aldis Hodge, and the always superb Jeremy Allen White, have small but impactful parts. Luis Guzmán also makes an impression in just one scene, emphasizing how overstuffed this cast is for a film that runs barely more than ninety minutes.

Ultimately, this is a film mostly about its protagonist and his dual existence. Bracco, as a result, gets a prime showcase as his mother, and though she played the most prominent character not in either Tony Soprano’s family or in the mob on the hit show, she’s a great fit to play the part of the mob wife who knows her true power, as if her character has learned from her previous experience in The Sopranos and her Oscar-nominated role as Karen Hill in Goodfellas. Just as she comes in with that knowledge, so too does this film in the world that it sets up, one that’s exceedingly familiar and not too original. For those who truly enjoy the genre, it’s a worthwhile watch, but casual viewers will likely find it to be a standard and forgettable blood-soaked ride.