Title: The Five Rules of Success

The lives of criminals of course provide endless fodder for cinematic offerings, as much for their cathartic charge as occasional proximity to life-and-death stakes. And prison dramas are their own durable sub-genre, providing stark looks at stripped-away autonomy. But stories of criminal offenders grappling with societal re-entry, while not unknown, are a bit less common especially these days, perhaps because mainstream American narrative moviemaking — and even commercial-minded independent film, which so often mimics in form and structure its cinematic sibling — has evolved as much as possible to avoid long dwelling in the grey morality that these types of tales necessarily indulge.

“The Five Rules of Success,” which releases on Amazon and iTunes on July 30 via Ambassador Film Group after enjoying its world premiere at the Fantasia Film Festival and recent sold-out shows in Los Angeles at Arena Cinelounge and New York City at Film Noir, bucks this trend, leaning into the story of a parolee teetering on the edge, between choices good and bad. Despite the opportunity for quiet character study, however, this well-meaning effort yields to baser instincts, revealing a lack of many original ideas.

Written and directed by Orson Oblowitz, the movie centers on a nameless protagonist, credited simply as X (Santiago Segura), who, upon getting out of prison, gets a job from Avakian (Jon Sklaroff) at a Los Angeles restaurant. Regular meetings with parole officer Emma (Isidora Goreshter) are part of X’s routine, but a forward-looking focus seems much more a product of his own inner settledness (as constantly reinforced by Post-It notes of inspiration and rote narration like, “To obtain something you’ve never had, you must do something you’ve never done”) as any outside pressure. Until, that is, X finds himself corrupted by Avakian’s bad-influence son, Danny (Jonathan Howard), a low-level criminal whose extracurricular activities (frequent Spike Lee collaborator Roger Guenveur Smith also pops up in a small role as a shadowy figure whose underworld intersects with X) provide a seemingly faster path than legitimate means to the $3,700 seed money X determines he needs to open his own restaurant.

On a technical level, Oblowitz, serving as his own cinematographer and editor, delivers a movie that imaginatively addresses and overcomes some of the limitations of its low budget. It’s not beholden to the type of staid set-ups which can come across as drab or claustrophobic in films with less production and art design resources. But, as with so many movies shot through and powered by a DIY ethos, “The Five Rules of Success” aims a lot more for mood and energy over crisp plotting. Perhaps sensing the capacity for sensory overload of this approach, or perhaps just a reflection of his own instincts, Segura for the most part leans back, and doesn’t over-dial his performance. This aspect proves to be the movie’s strongest selling point — the reticence and unknowability of its protagonist. As flashbacks fill in X’s backstory and demonstrativeness gets ordered up, though, the movie becomes far less engaging.

Oblowitz, whose other directorial credits include “Trespassers” and “The Queen of Hollywood Blvd,” doesn’t have a particularly strong sense of narrative. He injects inciting behavior into his script without any character-rooted motivation (two scenes in particular, one involving Emma and another involving a human trafficker, land as particularly woefully misguided), and the few interesting ideas he does have (“You are an immigrant like me — maybe born in this country, but still a foreigner,” Avakian tells X when asked why he’s helping him) aren’t very well developed. Obolowitz foregrounds feeling in a very representative stylistic manner, but these stabs at showiness don’t resonate and pull the viewer along in the manner he clearly intends. Too often it is noise and flash for noise and flash’s sake.

Overall, there isn’t quite enough in “The Five Rules of Success” to truly recommend it to most general audiences. But hardcore independent film fans who appreciate off-the-beaten-path fare and seeing new and different faces may find some reward herein, even if Oblowitz’s effort isn’t totally successful. 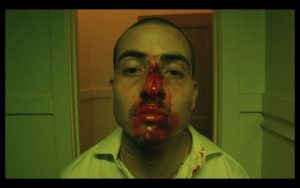