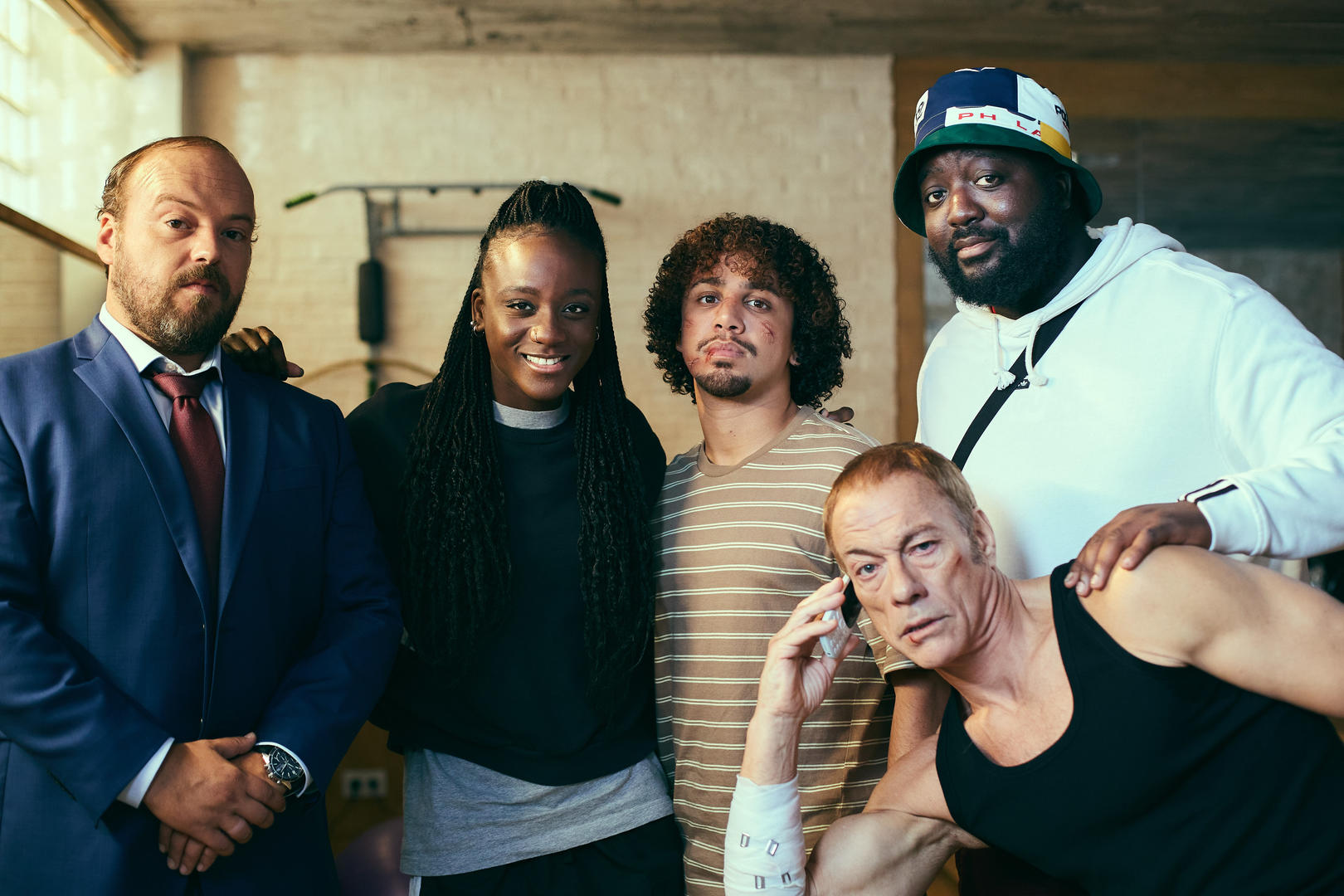 The Last Mercenary; In French with English Subtitles

There’s an interesting contradiction in the spy business – at least as movies would have you think – which is that the longer a covert operative stays hidden, the better they must be at their job. Obviously, some skill and proven ability is necessary before a long-term disappearance, but the act of simply being untraceable is considered remarkably impressive. One might assume that, over the course of many years of being out of the game, a trained spy might become rusty, but in the case of this film’s title character, that’s far from the case, and he’s able to jump right back in to a world he’s actually missed.

A high-speed car chase through France leads to an unexpected end, when the perpetrator is let go by police because he has immunity. It turns out, however, that he was using the identity of the hapless Archie (Samir Decazza), who is exposed and located by the actions of a well-meaning bureaucrat, Alexandre (Alban Ivanov). As Archie’s life is thrown into chaos, a new figure arrives on the scene, the man who just happens to be his long-absent father, Richard (Jean-Claude Van Damme), also known as The Mist. To clear Archie’s name and find out who the real criminals are, Richard must do what he does best, in addition to convincing the man he hasn’t yet told is his son that he’s there to help him.

Van Damme has established a reputation for himself, and so no one will be surprised to see the Belgian action star anchoring this movie. His first appearance on screen finds him with a scruffy beard and hat that indicates aging and fatigue, but that is quickly removed for his next scene in which he is much more vibrant and well-dressed, ready to take on his next assignment. His suave nature and coolness is the opposite of Archie, who knows nothing but that his father abandoned him and whose resentment of him convinces Richard to pretend to be a friend of his father’s so that he can warm his son up to the idea that he’s not nearly as bad as he thinks.

This film is most definitely a comedy, featuring constant antics with absurd results. Alexandre in particular is someone who is played almost entirely for laughs, so determined to do his job that he has no idea of its implications or that his colleague Paul (Eric Judor) is taking advantage of him to get him to do all the real work. The entire ensemble does well having a good time together, upping the energy and slapstick comedy at every opportunity to make this film a true action-comedy.

Another element of The Last Mercenary that serves it is its repeated references to how things are “in the movies.” It manages to be both an involving, if silly, action movie and a parody of itself at the same time. One high-ranking government official whose job is to supervise the hunt for The Mist can’t contain his excitement at the idea of finding him because he is such a fan, obsessed with the mythical tales of his impossible operations. Richard knows his reputation precedes him, and he plays into that in a way that only makes him seem sleeker, provided anyone isn’t looking too closely.

Those looking for a serious experience won’t find that in this film, but it does incorporate a great score and impressive fight choreography. Everyone in this film knows what it’s meant to be, which means that any overacting is purposeful and productive, and all cooperate to provide entertainment above all. The subtitles for the French dialogue shouldn’t deter audiences since the dialogue and banter only serves to complement the more than adequate onscreen action in this lighthearted but enjoyable ride.