While streaming continues to cut a swath through the modern-day entertainment landscape, there’s a whole generation of cinephiles who remember and understand that an integral part of any true weekend movie binge-fest once involved a trip to the video store, one hour minimum, where lurid cover box art competed more naturally for one’s attention and dollars, instead of some algorithm. And if the persistent collector’s appeal of vinyl is any indication, there still is — and will be, for the foreseeable future — a physical media market for highly consumable genre fare, particularly from a certain era, and when given an attentive presentation and dressed up with attractive extras.

For one such offering, enter The House on Sorority Row, a 1982 slasher film from writer-director Mark Rosman, and the progenitor of the 2009 remake Sorority Row. The story centers around seven university co-eds, the girls of Theta Pi, who all through college have lived under the tyranny of their resident house mother, Mrs. Slater (Lois Kelso Hunt). On this night, though, these inventive senior sisters decide to try to extract some revenge and pull a prank. But, when things go wrong and someone sees them, someone who wants their own revenge, a night of murder and mayhem ensues.

MVD Entertainment Group’s superb new special edition release, part of its “Rewind Collection” series, appropriately honors the movie’s cult-classic status (Quentin Tarantino is allegedly a big fan), coming with reversible artwork with an alternate cover and collectible mini-poster, as well as providing a very solid high definition 1080p presentation of the main feature, from the original internegative, in a 1.78:1 aspect ratio. It’s impossible to imagine this movie, and in particular cinematographer Tim Suhrstedt skillfully framed menacing deep shadows, looking better since its theatrical opening, when it went on to gross over $10.5 million.

Complementary DTS 5.1 surround sound and LPCM 2.0 stereo sound audio tracks, presented with optional English subtitles are also included, along with an engaging feature-length audio commentary track from director Rosman, plus stars Eileen Davidson and Kathryn McNeil. Anchoring the rest of the bonus material are a slate of interviews with cast and crew, including the aforementioned Rosman, Davidson, and McNeil, plus actress Harley Jane Kozak, composer Richard Band, and producer Igo Kantor. Theatrical trailers and storyboard material from the movie’s original ending — a casualty of its $425,000 budget — are also included. 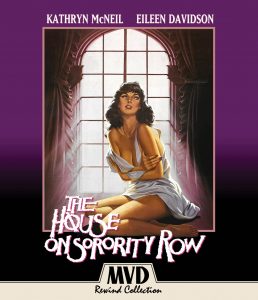 Coming off his lauded screenplay for 1979’s now-iconic Alien (not to mention his computer animation and miniature work on Star Wars), few non-directors in Hollywood, as calendars flipped over into a new decade, had quite the same type of buzz as Dan O’Bannon. A surprise, then, that his kind-of, sort-of next project (more on this later), 1981’s horror film Dead & Buried, remains a bit of an under-the-radar entry in his filmography, at least for mainstream audiences — which is a shame, since this fairly fine offering is shot through with a creepy Twilight Zone-type vibe that complements some ultra-grisly special effects gore from Stan Winston.

Directed by Gary Sherman, the film unfolds in the quiet coastal village of Potters Bluff, where tourists and transients alike are warmly welcomed — before turning up brutally murdered. Even more shocking than these slayings, however, is when these deceased strangers suddenly start to reappear as normal, friendly citizens around town. Now local sheriff Dan Gillis (James Farentino) and eccentric mortician William Dobbs (Jack Albertson) must get to the bottom of the horrific secrets and unnerving traditions in this seaside community.

In honor of its 40th anniversary, Blue Underground releases a superb 4K Ultra HD three-disc release of Dead & Buried, including a collectible booklet with an essay on the movie by Michael Gingold plus a CD copy of the original motion picture soundtrack from composer Joe Renzetti. Ultra HD Blu-ray (2160p) and HD Blu-ray (1080p) widescreen 1.85:1 presentations make this movie pop, alongside a crisp Dolby Atmos soundtrack. (5.1 DTS-HD English language and 1.0 DTS-HD English and French tracks are also available.) Not one, not two, not three, but four different audio commentary soundtracks are included, including one with director Sherman; a very affectionate one with film historians Troy Howarth and Nathaniel Thompson; and one with director of photography Steven Poster. The track with co-screenwriter/co-producer Ronald Shusett and actress Linda Turley arguably might be the most interesting, though, balancing offscreen stories and onscreen anecdotes, even if it doesn’t fully dig into the rumors of O’Bannon’s dissatisfaction with the project, and attempts to have his name removed after pitching in on the project to help Shusett get it budgeted and greenlit. While three of these offerings are vintage, and ported over from previous releases (only Poster’s track is new, lending some perspective across time), they in sum give an exhaustive rundown of the production, from conception to execution and release. A whole slew of behind-the-scenes featurettes — some older, many new — dig into everything from the film’s locations, cast, music and special effects work, while theatrical trailers, a slideshow collection of posters and promo art, and an on-set still photo gallery nicely round things out.

For fans of international thriller films, Serbian import Incarnation attempts to put a psychological horror-action thriller, Purge-type spin on a very Source Code-reminiscent premise, telling the tale of a man (Stojan Djordjevic) who finds himself waking up each day on a bench before getting repeatedly hunted down and assassinated by four dudes in white masks. Director Filip Kovacevic keeps things moving pace-wise, but the scripting (both in terms of plotting and general imaginativeness), fight choreography, and acting all leave something to be desired. As such, lacking both top-shelf execution or the spry, fun nimbleness of something like the Happy Death Day films (admittedly not the mark of this self-serious affair, but a movie from which this effort could learn a lesson or three), this Incarnation is best left unvisited, except by diehard genre completists.

A better import offering, or at least one that delivers some extra-sensory anticipation, is the Chinese anthology comedy-drama Midnight Diner, which arrives August 17 from Well Go USA. Based on the celebrated manga series Shin’ya Shokudo by Yaro Abe, multi-hyphenate Tony Leung Ka-Fai’s debut effort as a director centers its action at a tiny, counter-only restaurant in a tucked-away, inconspicuous spot in Shanghai, where a mysterious chef, working from no menu, absorbs stories from visitors and makes a set of special food for each guest who visits his restaurant. The character-development here is a bit hit-and-miss (it’s easy to see how the source material has been adapted to longer-form series elsewhere), but the appealing cast (which includes Deng Chao, Eddie Peng, and Lost In White‘s Vision Wei) holds one’s attention, along with the premise — especially if you’re a foodie. 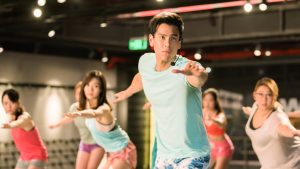 Finally, in other midnight-related home video news, for those wishing to either indulge a lingering Bruce Willis fetish and/or track the Megan Fox/Machine Gun Kelly romance, there’s Midnight in the Switchgrass, a crime thriller that represents producer-turned-director Randall Emmett’s debut feature effort behind the camera. While in Florida on another case, FBI agents Helter (Willis) and Lombardo (Fox) cross paths with state cop Crawford (Emile Hirsch), who’s investigating a string of murders which appear to be related. Lombardo and Crawford team up for an undercover sting, but… well, things go sideways, plunging Lombardo into grave danger and lighting the fuse on a twisted game of cat and mouse.