Actress Daisye Tutor’s protagonist of Mia is realizing that her social media fame isn’t as glamorous as she initially believed it to be in the horror movie, ‘Shook.’ The influencer must fight back against a terror campaign that’s aiming to put her and the people she loves in the spotlight through the most horrifying way possible.

RLJE Films is set to release the drama on VOD, Digital HD and DVD on Tuesday, August 17. The DVD will be sold for an SRP of $27.97, and will include a behind-the-scenes photo gallery as a bonus feature.

In honor of ‘Shook’s DVD distribution, ShockYa is offering two lucky winners a DVD of the movie. To enter, email us at ShockyaGiveaway@aol.com. Let us know that you’re entering to win the ‘Shook’ DVD giveaway in the email’s subject line, and include your mailing address in the message. You have until Tuesday, August 17, the day of the movie’s release, to enter, and you can enter the contest once daily. On August 17, we’ll pick the winners at random, and notify them through email. Good luck!

‘Shook’ follows Mia, a social media star, as she becomes the target of an online terror campaign. During the campaign, she’s forced to solve a series of games to prevent people she cares about from getting murdered. However, she isn’t sure if it’s real or just a game at her expense. 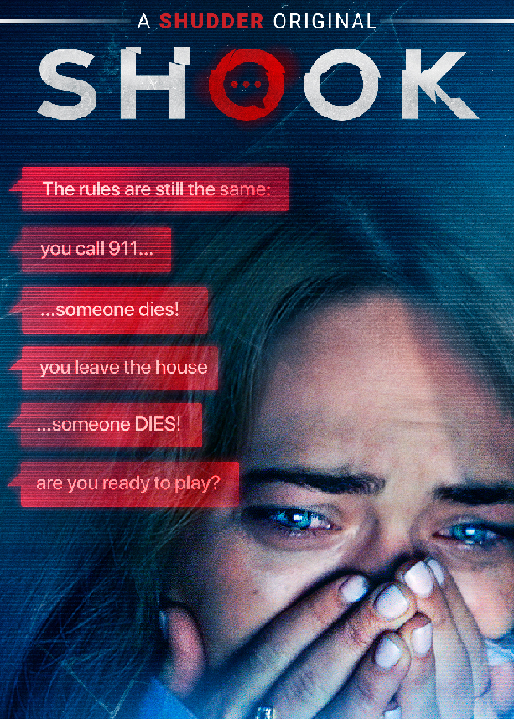