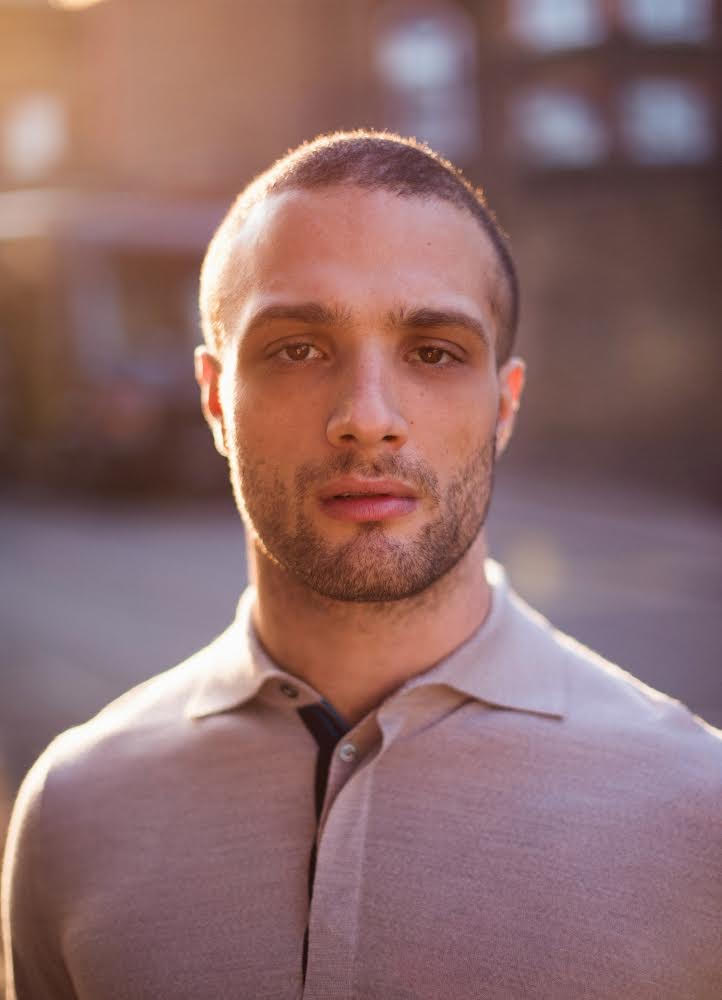 Actor Cosmo Jarvis stars in the drama, ‘The Evening Hour.’

Cosmo Jarvis is an up-and-coming actor who has attracted notice in the UK for his performances in films like Lady Macbeth and Calm with Horses. For his latest cinematic effort, Jarvis travels to the Appalachian region of the United States to portray Terry Rose, a man eager to take advantage of opportunity in a dangerous business.

ShockYa had the chance to pose questions to Jarvis about his experience working on this film, his success back home, and other projects up next for him.

ShockYa: How did you become attached to The Evening Hour and what appealed to you about the film and role?

Cosmo Jarvis: I received the script from my agent and immediately loved the type of world it was concerned with and the people and their plights and consequently the plights of all of us which it ultimately portrayed. I appreciated the use of language employed to represent the linguistic styles, personas and histories of each character and how the scripts overall identity emerged from those writing choices. The Evening Hour seemed to me to be a humane script in more ways than one which was something I appreciated. I guess I also appreciated the lightheartedness with which the heaviness was conveyed in certain places. It just seemed honest and simple and clear to me. Getting to have a digital video conference with Braden was great – we had a great chat about a great many things and to me he came across as a real genuine dude who just really cared about what he intended to do and how he would do it. I just really wanted to do it.

SY: Were you familiar with the book, and have you read it?

SY: Terry goes through an interesting journey throughout the film. Do you see him as a good person?

CJ: I suppose I see him as a lost person. A breathing symptom of a lifetime of his unconscious refusal or at least his inability or aversion to acknowledge conflicts and obvious shortcomings within himself, making the Terry as he presents it merely the flimsy but callous husk of the desperate overcompensation, avoidance and regret which remains of his real self. Is he good? Somewhere in there: Yes. Enough to notice? I don’t know.

SY: This story is set in West Virginia. Was it difficult to try to understand the local community and regional mindset or are there universally relevant components to it?

CJ: Nah, I’d say there are certainly more universal components within that community overall than ones intrinsic to their location. Sure, there is a character to the people which you could say is exclusive to that place and you’d be correct on many levels depending on how you meant it, but at the same time I perceived there to be much in common with many of the communities I’ve met along the way from various places around this desolate rock. The potency of the characters I met there was wonderful to me – unique as any people of any place are, but certainly as potent as when I have met people in more rural Ireland in the past or rural Cornwall in England or even rural Australia. In my experience the general spirit and genuineness of the peoples of those sorts of communities tends to prevail wherever they may reside. The people of Kentucky were not hard to understand at all for me. Having grown up somewhat in the sticks myself, I had long since relocated to the city of London to keep up with acting hubbub. After leaving to commence work on the film and upon my arrival in Harlan I felt as though I was kind of home and that the local people who welcomed me there were no different from many of those I grew up with back home. Now I don’t know if it’s the potency of the characters or the quality of them that I found to be so charming, identifiable and familiar but that was the case regardless.

SY: How difficult was the accent to master?

SY: You’re part of a great cast here. What can you share about your fellow actors?

CJ: They were all wonderful folks. I learned a lot from each of them. Working with Phillip Ettinger was pretty unbelievable because I had recently just had my socks blown off by seeing him in First Reformed. Stacy, Hannah, Marc, Ashley, Lili, Michael, Kerry, Hale and Ross were all just lovely and it was also a hell of a thing to meet Frank Hoyt Taylor and Tess Harper. It was just a great bunch. And the crew too just a sweet bunch of people and it was a pleasure working with all of them.

SY: What was Braden King like as a director?

CJ: Braden is peaceful and thoughtful and careful and very real and he gives you time if you need it and he corresponds in abstract ways if you need it too. He was great to work with. His artistic tenacity is quiet and free from jingly jangly bells. For me it went without saying that his creative ambition was born of an inclination to do something without regard for the things that so often have the potential to befoul that inclination, and I think that allowed us as actors to live in a space where that was apparent to us and that space could then nurture and encourage us.

SY: The film premiered at Sundance in 2020. What was the experience of being there when it premiered like?

CJ: I’ve never been to Sundance so that was something in itself. Personally, I was nervous as hell but having all those guys there and getting to see them again. I managed to get through it like old times and maybe even enjoy it a little. I suck at those things. It was just great seeing everybody again. Getting to be there and support the team and see the crew again and getting to meet their friends and family. I’m very grateful to have known all of them.

SY: You had another big film last year called Calm with Horses that earned some attention from British awards bodies. What was it like being part of that production and seeing such a positive reception?

CJ: Well, it was better than getting booed off stage and having beer bottles thrown at you, I guess. I mean, nah, it’s always good if people like a piece of work you were involved in. I was real happy for all my colleagues that were involved and who busted their asses to get it done.

SY: You appeared in a few episodes of Raised by Wolves in a key role. What can you share about working on that show?

CJ: I worked with Amanda Collin and she’s wonderful, and working with her was great. The subject matter was incredibly different for me, it was very fantastic but in a way that made it all the more rich with possibilities and potential areas of exploration. I really liked the archetypal elements of that arena. In fact, maybe it was even liberating to be free from the shackles of the traditionally tangible for a moment and to have operated more in the abstracted emotive cores of people and events. I had never worked on anything of that scale before and so I learned a lot with regards to workflow and such. I was blown away by the craftsmanship that went into that across all departments.

SY: What do you have coming up?

CJ: There is a film I worked on called It Is In Us All, directed by Antonia Campbell-Hughes which will be unveiling eventually. Also Persuasion, a Jane Austen adaptation directed by Carrie Cracknell which I recently finished working on. I’m going on to a series adaptation called Shogun soon. And at some point along the way, death. Thank you for your questions.

The Evening Hour is now playing at the IFC Center in New York City and the Laemmle in Los Angeles.