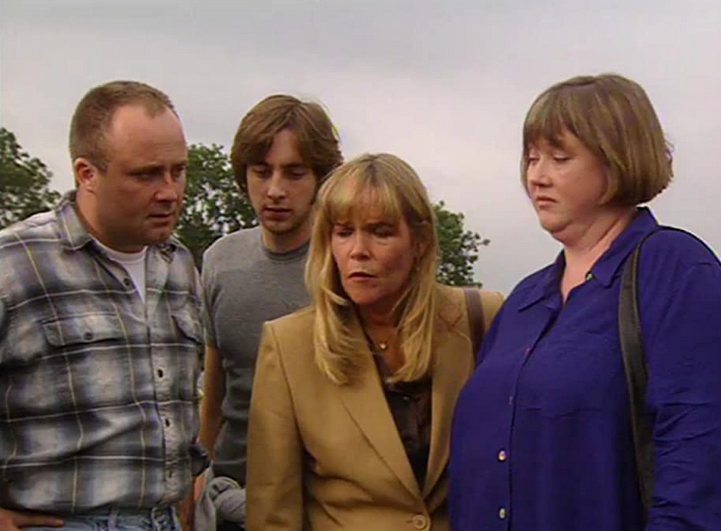 Douglas McFerran, Pauline Quirke, Linda Robson and Matthew Savage star on the ‘Cheers’ episode of the British sitcom, ‘Birds of a Feather.’

Repeats of ‘Birds of a Feather’ are now being broadcast on the Drama channel on Swissx TV. The latest episode to air on Swissx TV can be streamed tonight at 12:20-1:00pm local time. It can be watched live, or recorded and watched at a later time.

The third episode of Series seven of ‘Birds of a Feather,’ which is titled ‘Cheers,’ was written by Laurence Marks and Maurice Gran, and directed by Baz Taylor. The episode shows that with the boys now out of prison, life will never be the same again for Sharon and Tracey (Pauline Quirke and Linda Robson).