Someone is messing with actor John DiMino in his college’s library in the upcoming short horror movie, ‘CRAM.’ The struggle of the performer’s protagonist of Marc Lack is highlighted in the drama’s new teaser trailer and poster, which ShockYa is exclusively sharing. The debut of the short’s teaser trailer and poster comes ahead of the drama’s World Premiere on Friday, October 22 at 10:45pm at the Austin Film Festival.

‘CRAM’ was written, directed and produced by Abie Sidell. In addition to Dimino, the short also stars Rolando Chusan, Carolina Do and Brandon E. Burton. The latter actor, who has vast experience with Shakespeare, notably plays an ancient, monstrous academic called The Master of the Books, who only speaks in verse in the movie.

The drama focuses on how it feels for students to be caught in the trap of higher education, and unmasks the ugly face of academia underneath all the pomp and circumstance. In ‘CRAM,’ Marc, who’s desperate to finish his final final paper, struggles to cram all night in the library. But after dozing off, he awakens to discover that his paper has vanished! Desperate for answers and a way out of this nightmare, he’s drawn deeper into the mysterious and enchanting stacks. Alone in the library (or so he thinks), Marc is easily frightened and considers giving up. But the library has other plans for him. 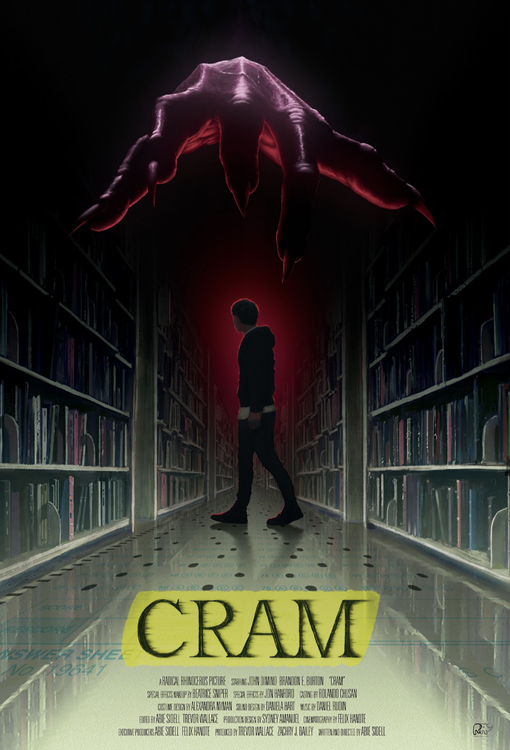