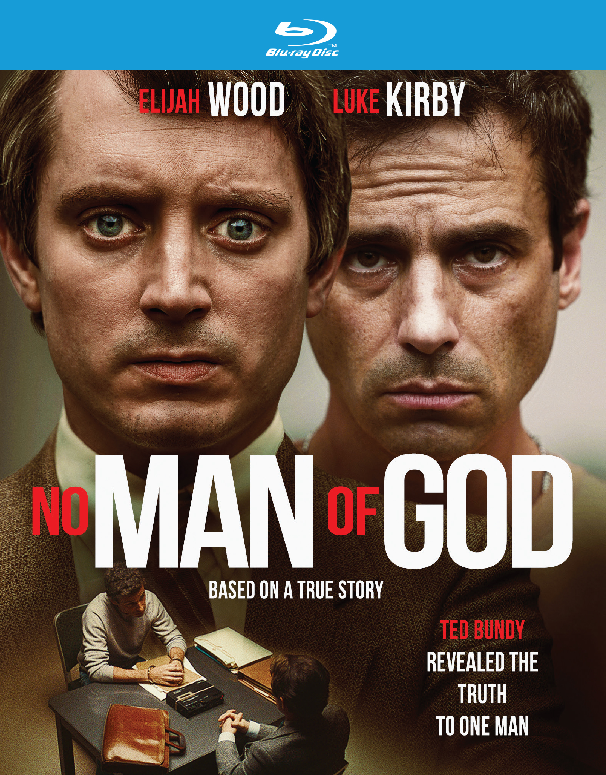 Learning to understand the motivations and emotions of someone who has committed violent criminal acts can be a daunting experience for anyone, even those who have professionally trained to study the full spectrum of the human condition. That was certainly true for FBI Special Agent Bill Hagmaier, who, after joining the Behavior Analysis Unit in the 1980s, formed a complex relationship with convicted serial killer Ted Bundy. Their relationship is chronicled in the biographical drama, ‘No Man of God.’

RLJE Films is set to release the feature this Tuesday, October 19 on Blu-ray and DVD for an SRP of $29.97 and $29.96, respectively. The discs will include the bonus feature, ‘The Making of ‘No Man of God.’

In honor of ‘No Man of God’s Blu-ray release, ShockYa is offering two lucky winners a Blu-ray of the crime thriller. To enter, email us at ShockyaGiveaway@aol.com. Let us know that you’re entering to win the ‘No Man of God’ Blu-ray giveaway in the email’s subject line, and include your mailing address in the message. You have until this Tuesday, October 19, the day of the Blu-ray’s distribution, to enter, and you can enter the contest once daily. On October 19, we’ll pick the winners at random, and notify them through email. Good luck!

The movie was written by Kit Lesser, who based the script on actual transcripts of interviews between Hagmaier and Bundy. The drama was directed by Amber Sealey, and stars Elijah Wood, Luke Kirby, Aleksa Palladino and Robert Patrick.

Set in 1980, ‘No Man of God‘ follows Bundy (Kirby) after he was sentenced to death by electrocution. In the years that followed, he agreed to disclose the details of his crimes, but only to one man: Hagmaier (Wood).

During the early days of the agency’s criminal profiling unit, Hagmaier met with the incarcerated Bundy in the hopes of understanding the psychology of the serial killer and providing closure for the victims’ families. As Hagmaier delves into Bundy’s dark and twisted mind, a strange and complicated relationship develops that neither man expected.