True legends never die, as proven by the iconic horror characters of Laurie Strode and Michael Myers. The duo, who clash over their values of good and evil, return to battle each other once again in the anticipated slasher film, ‘Halloween Kills,’ which Universal Pictures will release tomorrow in theaters and on Peacock.

The horror feature serves as the follow-up to the acclaimed ‘Halloween (2018),’ which itself is a direct sequel to the franchise’s original 1978 movie of the same name, which was co-written and directed by John Carpenter. ‘Halloween Kills,’ which is the eleventh installment in the series, marks the return of the filmmaking team who created its predecessor.

Writers Scott Teems, Danny McBride and David Gordon Green returned to the ‘Halloween’ franchise with its latest entry. The latter resumed his directorial duties, after also helming the previous installment. McBride and Green also served as executive producers on the movie, alongside Carpenter and Jamie Lee Curtis, who also reprised her role of Laurie Strode. Jason Blum also returned to the series to serve as a producer on the franchise’s latest installment, through his production company, Blumhouse Productions.

‘Halloween Kills,’ which begins minutes after the ending of its predecessor, follows Laurie Strode (Curtis), her daughter Karen (Judy Greer) and granddaughter Allyson (Andi Matichak) as they leave masked serial killer Michael Myers caged in Laurie’s burning basement. As she’s rushed to the hospital with life-threatening injuries, she believes she finally killed her lifelong tormentor.

But when Michael manages to free himself from Laurie’s trap, his ritual bloodbath resumes. As she fights her pain and prepares to defend herself and her family against him, she inspires all of Haddonfield to rise up against their unstoppable monster.

The Strode women join a group of other survivors of Michael’s first rampage 40 years ago, including Tommy Doyle (Anthony Michael Hall), the boy Laurie was babysitting on the night of the original attack in 1978. The group decides to take matters into their own hands by forming a vigilante mob that sets out to hunt Michael down, once and for all.

Green and Blum generously took the time last week to talk about co-writing, directing and producing ‘Halloween Kills’ during a virtual roundtable interview. Among other things, the filmmakers discussed why they feel that Michael Myers is even scarier and timeless in the series’ latest entry. The duo also shared what the process was like of working with the actors on creating the stuntwork and physicality for their characters, particularly in terms of Michael increasing the amount of violence he commits against the residents of Haddonfield.

The conversation began with Green sharing why he thinks Michael Myers is scarier in ‘Halloween Kills’ than any other installment in the franchise. “I think he has this expressionless, emotionless face that we project what we want on,” he shared. “Here he is, a little pissed off because they left him to burn in the basement. But he’s out now, and we get to experience all hell breaking loose through his point-of-view.”

Blum also chimed in on what makes Michael so timeless, even after the original film was released 43 years ago. “I have a real belief that if you belabor a creative decision, it only gets worse. The first (‘Halloween’) movie that John Carpenter made” was financed on a small budget, the producer noted.

“They went down to the drug store to get the mask, which is a famous story,” Blum continued. He added that Carpenter shot the original film “like we shoot Blumhouse movies-on a really low budget and a short schedule.

“I think David would agree that having such a small budget helps make great creative decisions. For whatever reason, the stars aligned and John Carpenter made genius creative decisions” on the low budget he had for the ‘Halloween,’ the producer also gushed about his fellow filmmaker.

“Michael Myers checked every box of what makes a character evil. I think he’s resonated with audiences for 40 years. ‘Halloween’ is the James Bond of horror franchises because of what John Carpenter did with Michael Myers in the first movie,” Blum added. “John got everything right, and invented a character that people can’t get enough of.”

The experience of increasing the terror in ‘Halloween Kills’ was in part done through working with the actors to create their stuntwork and physicality throughout principal photography. “It was a more aggressive, physical endeavor than the previous chapter. Our stunt coordinator, Airon Armstrong, who coincidentally plays The Shape in our flashback sequences, choreographed some great sequences that show the aggression of the community of Haddonfield. That aggression becomes unraveled as Michael brings his terror to the community,” Green shared.

Further speaking about the stunts and action sequences that are featured in the follow-up, the helmer delved into the reasons why Michael has become more violent in his pursuit of terrorizing not only his former victims, but also all of the residents of Haddonfield. “I wanted to up the ante for the audience and see Michael in all of his rage, since he was trapped alive and burned in a basement. So there has to be something inside of him that has to be released, and that’s how he sees his own brand of justice,” he noted.

Another key element that drives the series’ story forward in ‘Halloween Kills’ is the fact that the new entry extends the trauma Laura and her family have experienced to all of their neighbors in Haddonfield. That collective pain helps create the mob mentality that amongst the residents, who are set on finally ending Michael’s reign of terror.

“There were a lot of characters from the original 1978 film that I was curious about,” Green revealed. “As we were exploring ideas we could do in order to reboot the franchise, we wondered what these characters, including Tommy and Lindsey, were doing now.

“Obviously, they’re going to be traumatized from their horrific encounter with the boogeyman. We thought about how they responded to that evening’s catastrophe decades ago,” the co-writer continued. “So that was a fun thing to be able to explore.

“But we also wanted to depart a little bit from the intimacy of the Laure-Michael Myers good versus evil connection. So we decided to explore the blurry line of who’s good and who’s bad, and what happens when the best of intentions within that mob mentality start to excite each other,” Green added. “So it became this horrific story of (figuring out) who’s the real monster.”

While ‘Halloween (2018)’ broke box office records and received massive positive reaction from fans of the franchise, the filmmakers think they’ll garner more praise for ‘Halloween Kills.’ “We’re going to get a better audience reaction from this film, which I’m very much looking forward to,” Blum predicted.

“For me, nothing feels as good as when you’re in a movie theater and you can feel the audience connecting with a film you produced. I think it will feel even better for David, because as the or director, he feels even closer to the material,” the producer added.

“That’s exactly what appeals to me about this property,” Green noted, agreeing with his fellow producer. “There’s such an excited fanbase for it. As someone who has the opportunity and responsibility of cultivating this property, I’m just trying to do justice for the franchise. I also want to honor John Carpenter and Jamie Lee Curtis, who are the legacy creators of the series. It’s just amazing to be able to play in their playground,” the helmer concluded. 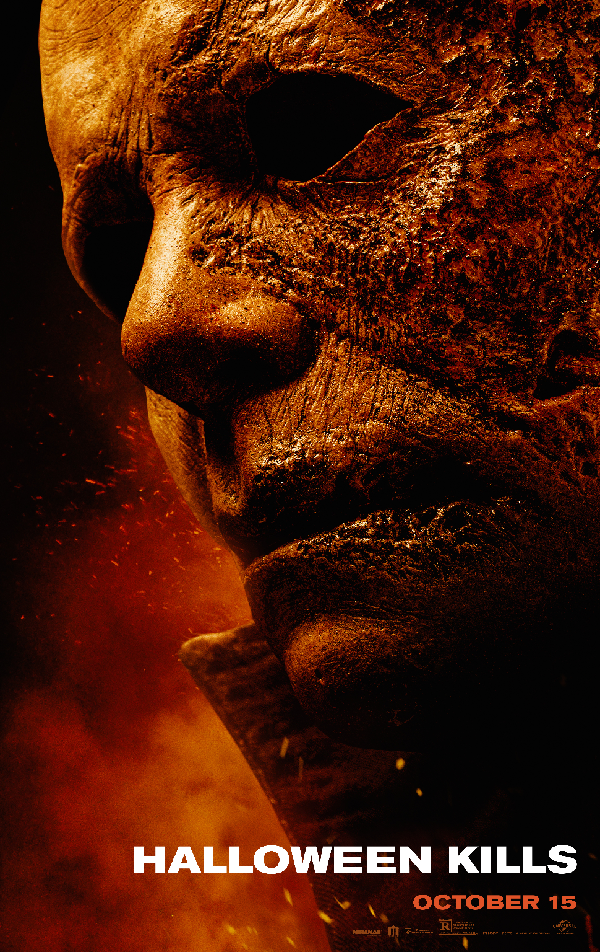