Conflicts are often started and driven by faulty intelligence given by opposing enemies, in an effort for both sides to secure the outcome they desire. That’s certainly the case for actor Dar Salim’s character of Rafid Alwan, who’s seeking international asylum during Saddam Hussein’s regime in Iraq, in the new historical crime film, ‘Operation Curveball.’

The political satire comedy is opening in U.S. theaters this weekend, courtesy of Rock Salt Releasing. ‘Operation Curveball’s American distribution comes after it had its world premiere at the 70th Berlin Film Festival in the Berlinale Special Gala section. In honor of the movie’s American release, ShockYa is premiering an exclusive clip from the feature.

The comedy was directed by Johannes Naber, who also co-wrote the script with Oliver Keidel. In addition to Salim, the movie also stars Virginia Kull (‘Big Little Lies’) and Sebastian Blomberg (‘What to Do in Case of Fire’).

‘Operation Curveball’ follows Bioweapons expert Dr. Arndt Wolf (Blomberg) of the German Federal Intelligence Service (BND), who’s obsessed with the idea that, despite UN inspections, anthrax is still being produced in Iraq. Back home in Germany, Wolf’s superior Schatz (Thorsten Merten) assigns him to serve as the case officer for Rafid, who claims to have worked as an engineer for Saddam Hussein’s secret bioweapons program.

This is a rare triumph for a secret service like the BND that’s badly in need of a win, as they finally have a piece of intelligence that would put them one step ahead of the CIA. What they’re missing, however, is proof, the search for which is proving to be difficult.

Rafid, who’s known as the titular Curveball, is well aware of his value to the BND. His claims end up serving a number of different interests, including the CIA and the German government, as everyone tries to use his story for their own purposes. 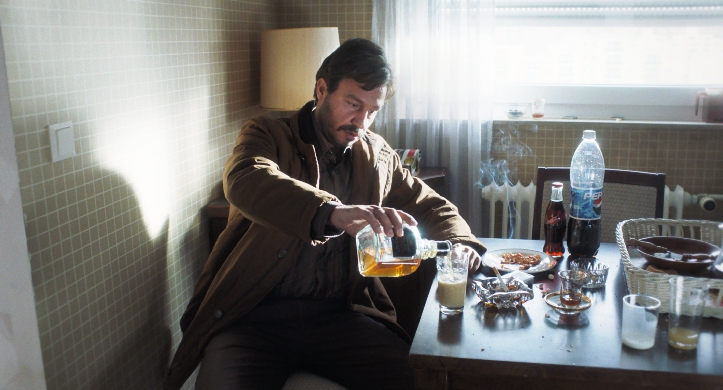