Addiction is an all-encompassing battle that not only affects the lives of the afflicted, but also their families, friends and overall support system. The new documentary, ‘Our American Family,’ provides an honest, unfiltered look at the close-knit Philadelphia-based Caltabiano-Geraghty family, which is contending with generational substance abuse. The movie, which chronicles the complex family dynamics that are playing out as each relative attempts to overcome crippling obstacles linked to addiction, was co-directed by Hallee Adelman, who’s a friend of the Caltabiano-Geraghty family.

Adelman, who also co-wrote and served as a producer, made her feature film directorial debut with ‘Our American Family,’ alongside Sean O’Grady. The Philadelphia-based Adelman, along with O’Grady and her fellow crew members and the Caltabiano-Geraghty family, are bringing the feature to this month’s 30th annual Philadelphia Film Festival. The documentary will screen this Saturday, October 23 at 5:00pm ET at the Philadelphia Film Center, which will be followed by a Q&A with the filmmakers and subjects. There will be a second screening of the movie on Saturday, October 30 at 9:15pm ET at the Drive-In at the Philadelphia Naval Yard.

‘Our American Family’ is captured at a pivotal nothing to lose moment over the course of a year. The five members of the Caltabiano-Geraghty family, including Linda Geraghty, Chris Caltabiano Jr., Nicole Caltabiano, Stephen Caltabiano and Bryan Geraghty, are tired of living with their addictions dictating their lives, as they each struggle to transcend their crippling histories.

The family contemplates what it will it take to shift the entrenched, wrenching pattern in their lives, and if they’ll be able to make significant shifts to help their next generation. Though they often falter, their familial loyalty is powerful, and demonstrates how through love and dedication, people can rise out of the deepest depths.

Adelman generously took the time recently to talk about co-writing, co-directing and producing ‘Our American Family’ during an exclusive interview over Zoom. Among other things, the filmmaker discussed that she became interested in making the documentary after being friends with Linda and her family for several years, and seeing their battle to overcome addiction inspired her to share their story with the world. The helmer also shared that she’s honored and excited to be able to share the movie with her hometown audiences at the Philadelphia Film Festival.

The conversation began with Adelman explaining that she and O’Grady were interested in making the documentary in part because they wanted to showcase how addiction affects families. “We started the production on ‘Our American Family’ almost four years ago. It started after a very long relationship that I had had with the family, as Linda and her family live in my township,” she revealed.

“I was working on a teen novel at the time that has a sibling story. One of the siblings was struggling with addiction, and the other one wasn’t,” the filmmaker shared. “When Linda heard about the project, she recommended that I speak to Nicole and Stephen, who you see in ‘Our American Family.'”

Besides speaking with Nicole and Stephen, Adelman did additional research into addiction, in order to better understand how it affects families. “I had done research while I was working on the novel. Linda and I had gone to different parent support groups together, and spent time connecting with the families,” she shared.

“I also have relatives who’ve been affected by addiction. I have a cousin whose husband passed away from an overdose,” Adelman divulged. “So seeing how close addiction was to me also inspired me to make sure this story gets told.”

Each of Linda’s family members, including Chris, Nicole and Stephen, had an important perspective to share in order to help others relate to the experience of dealing with addiction. The filmmaker then delved into what her experience was like of working with them to further develop the relatability of how addiction affects everyone in modern society.

“This film is about a conversation, connection and relationship with the family. I knew them for many years before we decided to work together on this project,” Adelman noted. “It was really about connecting with each other in the most pure, honest way.

“I was really amazed by their bravery at how much they wanted to help other families and make a difference in this space. I was also amazed by how much they want people to stop judging when there’s already this great backpack that had to be carried as a result of this disease,” the helmer admitted.

“It wasn’t necessary what you’d expect of this type of project, and filmmakers saying, ‘Let’s dig deep into the books.’ It was just a connection and heartfelt understanding of what was important to the family,” Adelman also shared.

The filmmaker then delved into what kind of message she hopes viewers can take away from the struggles that Linda’s family has contended with throughout their road to recovery. “I think the biggest message that I hope people take away is that Linda talks a lot about the shame so many families feel. You see in the film that it’s hard to live in a space where your family is struggling, whether it’s with substance abuse disorder or something else,” she pointed out.

“When your family faces a challenge, it’s hard. So one of the first things families often do is mask it. They try to wear this mask and hide things, as they feel ashamed before there’s an openness,” Adelman also noted.

“So for the family, it was very important to let other families know that they can buck the idea that they have to carry shame. They can say, ‘Our family’s living with this disease that impacts 20 million Americans and so many of their family members that struggle alongside them,'” the director continued.

“So I think the message really is that it’s important to know that families don’t have wear those masks and have that shame. Also, the message is also that this can be your neighbor, so how can we bash this stigma together, and how can we connect and support each other?,” Adelman added.

Adelman then further elaborated on the fact that ‘Our American Family’ is her feature film directorial debut, and shared how she approached helming the movie with O’Grady. “Well, I have to give full credit to our team. Obviously, when you’re going to do anything new, having an incredible team around you is awesome,” she gushed about her fellow crew members.

“Also, coming from a writing background, the story pieces were easier for me. Really having a sense of story was helpful,” the filmmaker continued.

“Also working with Sean O’Grady was great. He has a great technical sense. He’s really into such things as which cameras we should use. That helped us be able to work together, and figure out how to tell this story and visually capture it in this intimate way,” Adelman divulged.

Further discussing which cameras they choose to use, ‘Our American Family’ was shot in the verité style. The director then shared what the experience was like of collaborating with the film’s cinematographer, Seamus Tierney, to determine how they would shoot the feature.

“It was great. Sean really gets a lot of the credit for that. It was interesting – we didn’t want to have any type of vibe that would bring up reality TV, but he had shot a variety of things, including reality TV,” Adelman divulged.

“So he was used to this two-camera approach, which we really embraced going into it, to make sure that everything feels verité-driven. We wanted to make it feel as though you’re not a fly on the wall, and instead actually in the scene,” the filmmaker further explained.

In addition to helming the documentary, Adelman also embraced the experience of serving as a producer with O’Grady on the feature. She explained why she decided to also produce ‘Our American Family,’ and how she balanced her directorial and producing duties throughout the production.

“My background is in education, so as a teacher, you learn all of the ways to plan and think ahead, get permission, ask certain questions and be caring in your approach,” Adelman divulged. “So I felt lucky that everything that I had done up until that point informed this process.

“Also knowing that I had a partner in Sean, who had produced other projects in the past, was really helpful. He had created one documentary before this one. So we let the best idea take hold, which is what I think is the greatest part of our synergy,” the producer revealed. “Along every step of the way, we both wanted to respect the family, and bring on crew members who felt similarly.”

Once principal photography on the movie was completed, Adelman and O’Grady worked with several editors, including James Carroll and Joel Plotch, to put the final version of the feature together. “Editing was amazing because we had over 200 hours of footage with the two camera approach.

“One of the things that we thought was really beneficial during the editing process was that we had notes from every single shoot. At the end of each day, I would type up our notes, and think, this quote would would stick out,” the filmmaker shared. “So when we got to the edit, we had a very good sense of what we had and where we had it.

“Our editors did a really wonderful job of digging into the footage, and getting a sense of what we captured,” Adelman continued. “James Carroll is incredible, and we had so much fun playing back-and-forth of what would really have meaning.”

The helmer then delved into what it means to her that ‘Our American Family’ is set to screen at this year’s Philadelphia Film Festival. “We’re really honored…Going into Philadelphia, we’re feeling excited,” she shared.

“Obviously, it’s a hometown screening for all of us, so we’re happy to be able to share the movie in our hometown. The Philadelphia Film Festival is amazing, and they’re having their 30th anniversary year this year, so being a part of that is amazing. So we’re looking forward to sharing this movie with audiences there,” Adelman concluded. 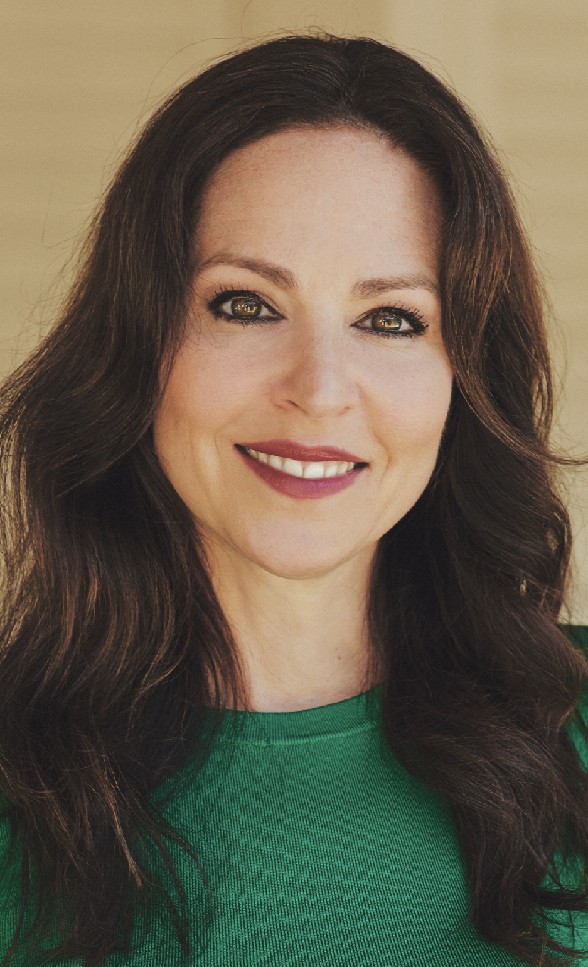