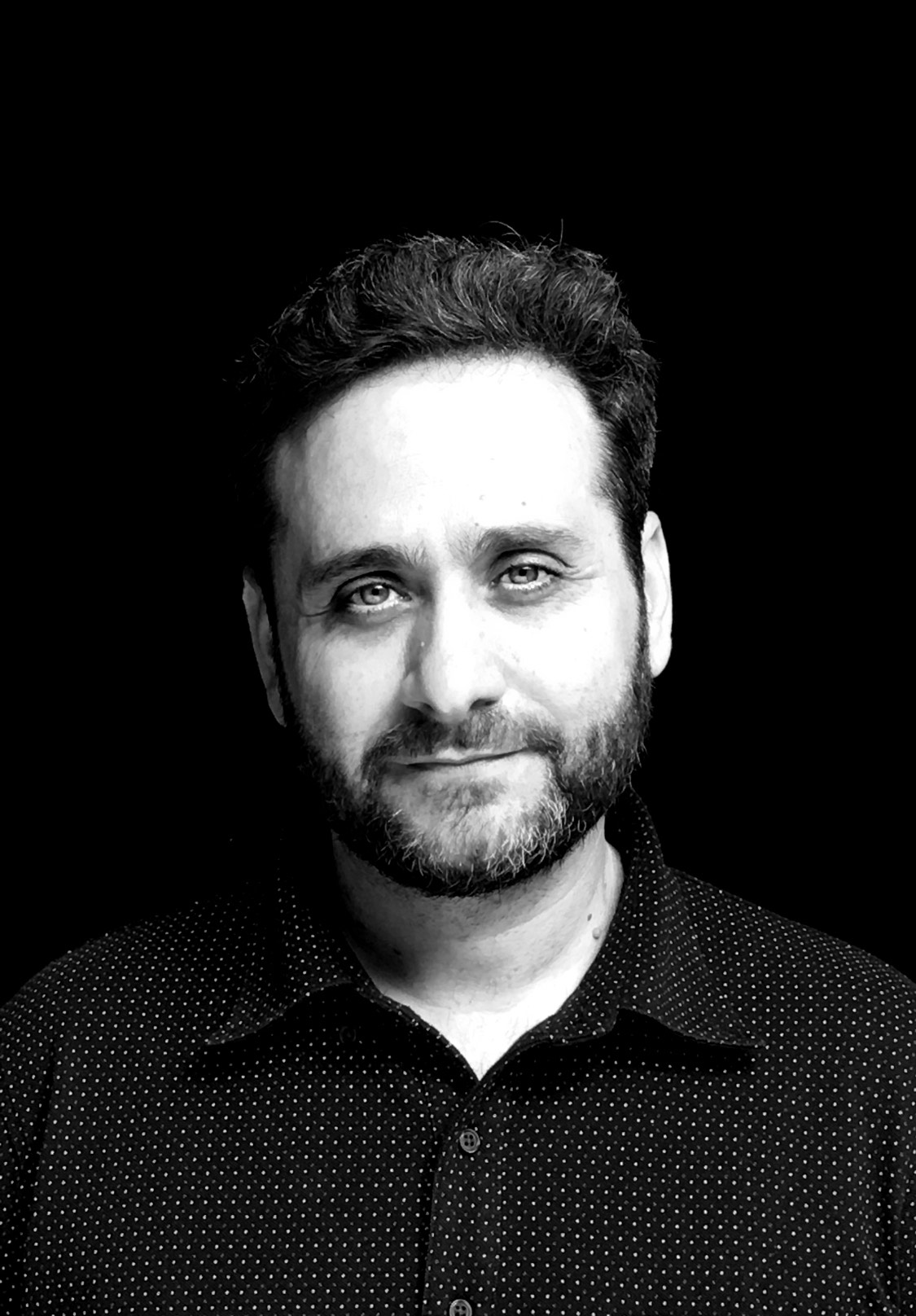 Giving the love of his life the best experiences she’s ever had, while also shielding her from life’s harshest realities, is a motivator force for both the filmmaker behind, and the protagonist in, the new action drama, ‘South of Heaven.’ The movie’s director, Aharon Keshales, was inspired to by his own marriage to create a complex anti-hero, who’s played by Jason Sudeikis, and will do anything to give the woman he loves the best life he can.

Keshales also produced and co-wrote ‘South of Heaven’ with Kai Mark and Navot Papushado. The co-scribe-helmer-producerr’s wife, Lilach Sonin, served as a co-producer on the film, which is now playing in theaters, On Demand and On Digital, courtesy of RLJE Films.

‘South of Heaven’ follows Jimmy (Sudeikis) as he receives early parole from a Texas state correctional facility, after his fiancé, Annie (Evangeline Lilly), is diagnosed with terminal lung cancer. After serving a 12 year sentence for armed robbery, he’s finally able to give Annie, his childhood love, the best last year of her life. However, the couple’s reunion and his new sense of freedom are’t as simple as he initially intended.

Keshales generously took the time recently to talk about co-writing and directing ‘South of Heaven’ over the phone during an exclusive interview. Among other things, the filmmaker shared that the inspiration for the script came in part from getting married to Sonin later in life, which led to the couple compacting years worth of experience into their first several months together as spouses. He also mentioned that he cast, and enjoyed working with, Sudeikis because the Emmy Award-winning actor is able to naturally elicit sympathy from the audience, even when his characters are making bad decisions.

The conversation began with Keshales discussing why he was inspired to co-pen the script for the drama with Mark and Papushado. “Believe it or not, this tale of love started during my honeymoon,” he admitted with a laugh. “I got married at a late age – I was 37, and my wife was 39. We felt the need and urge to compensate for 20 years of not being together before we got married.

“So we decided to have all of those beautiful moments that you wanted to have when you were in your 20s, but you’re now almost in your 40s,” the writer continued. “So what you do is create a honeymoon so long and elaborate that it last for six months. In those six months, you try to do everything you wanted to do, but couldn’t do because you weren’t together.

“We did everything together; we watched movies together that we watched on our own in our 20s,” Keshales added. “We also went to different cities around the world so that we could see them together.

The scribe continued by sharing: “While I was on my honeymoon, I started thinking about making a film about a guy who goes to prison for 12 years, and those were the best years he could have given his fiancé. When he gets out, he only has one year to try to compensate for those lost years. So the movie becomes a tale about time and the love that was lost and now needs to be rekindled. But they don’t have the same time to do that.

“That was the idea I had when I came back from my honeymoon. I know it’s weird to think about love and death while you’re on your honeymoon, but I guess that’s my personality,” Keshales admitted with a laugh.

“I think about love and romance most of the time. But during the other hours, I’m a neurotic Jewish writer, so I think about death,” the scribe added with another laugh.

Keshales then delved into how after the screenplay was completed, he went on to direct ‘South of Heaven,’ and described what his overall approach to helming the the drama was like on the set. “It was a great experience because unlike the stuff I did in Israel, the collaboration with American actors is a little bit more profound. I think (American actors) come with a lot of their own input and different takes on the characters I wrote,” he explained.

“So once I started collaborating with Jason Sudeikis, Evangeline Lilly, Jeremy Bobb and the rest of the cast, I found out that as the writer, you write so many characters. But the actors can concentrate on their characters and their voyage better than any writer can do,” the filmmaker revealed.

“So I started talking to the actors about the characters and their arcs. While I was translating the story from page to screen, I realized I wrote an even darker and more tragic and heartbreaking story than I originally thought was on the page,” Keshales also divulged.

“When Jason Sudeikis came on board and tapped into the Jimmy Ray character, he decided to play him as a broken man. Instead of just leaving prison happy to see the love of his life in a cheesy and corny way, Jason thought it would be better to present Jimmy as a man who was both happy and sad,” the director shared.

“How are you supposed to feel after you’re released from prison, and know that the woman you have right now is going to die in a year? That was one of the first scenes we shot, which created the tone for the entire movie,” Keshales revealed.

“The way Jason approached his character getting out of prison changed from the way that it was written in the script. It was set during summer in the script, but the scene changed to autumn or winter when we shot it in Texas, and I think that’s perfect for a movie about dying,” the filmmaker admitted.

“Sometimes when an actor like Jason says, ‘I think this can be better and more broken hearted, with everything going on in this movie. I want to be completely immersed in Jimmy Ray,’ you can see the improvement,” Keshales also shared.

“Then the climate shows you that it’s winter, and it’s not about sun in the sky, but that it’s gray and cloudy, something magical happens to your script that you didn’t forsee,” the helmer added. “That’s the best thing that can happen to you as a director.”

Further speaking about the movie’s actors, Keshales then delved into how he cast the performers, including Sudeikis and Lilly. “As for Jason, I like to work with comedians in dramatic roles; I did it in both my Israeli films, ‘Rabies’ and ‘Big Bad Wolves.’ I always believe that there’s room for surprise when you cast someone against character. But you always know what you’re going to get when you cast an actor into the genre they’re known for,” the filmmaker divulged.

“When I thought about Jason, I knew he has a loveable personality on screen. He’s also down-to-earth and has those puppy eyes that you just fall in love with, and that’s how I felt about him even before ‘Ted Lasso,'” Keshales noted. “I spoke to Jason for a long time before ‘Ted Lasso’ happened and I cast him in this movie.

“The character of Jimmy Ray does a lot of bad stuff in the movie. So it was important to me to find an actor who, while he’s doing these crazy things, the audience can still hold on to, and won’t lose their empathy for. While it’s going to be difficult for you to love him, especially during the last act of the movie, you still won’t lose grasp of who he was in the beginning of the movie,” the director explained. “So I knew I needed somebody that had that heart and those big eyes, which would allow viewers to be immersed in that personality.

“The second reason why I wanted to cast Jason was because when I saw him in ‘Colossal’ with Anne Hathaway, I saw that he could do great stuff with a brooding character. There was a type of violence in that performance that appealed to me for this film,” Keshales revealed. “He has so many shades as an actor that I knew I needed to bring him into my movie.

“Luckily, at the same time, Jason was looking for screenplays that were a break in his routine and broadened his horizons as a dramatic and more brooding actor,” the filmmaker shared. “So we met, magic happened and he came on board to star in the movie.”

Keshales then discussed how he cast Lilly in ‘South of Heaven.’ He said: “I then cast Evangeline as Annie. She was looking for a female character that wasn’t like any female character she’s played before. She told me she’s used to playing warrior princesses and tough girls.”

“She also said that male directors often times don’t like women to play multiple roles in the same movie; the female characters are either nurturing mothers, the lover or the warrior princesses,” the helmer shared.

“But she also said this was the first script she read that allowed her to feel a little bit more like how she is in real life during the shoot. She felt like she was allowed to have multiple entities to her personality, from nurturing to sad, happy, fragile, tough and having nerves of steel while she’s dealing with villains,” Keshales continued.

“She said she feels this is how women should be shown on screen. She also said, ‘We have multiple personalities as human beings, so I want a movie that shows that kind of versatility,” the filmmaker revealed.

“So she came on board and gave me great advice on how to be more precise in how I write women and what should and shouldn’t be in a movie. So it was a real joy to work with her on this movie,” Keshales concluded.