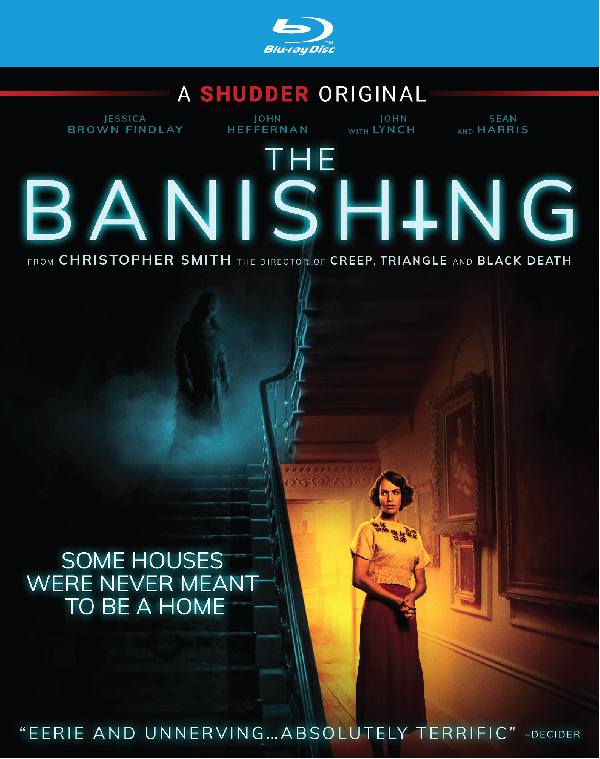 Sometimes the very beliefs and ideas that people have long feared end up being the only thing that can save their lives. That’s certainly the case for Reverend Linus Forster in the new horror movie, ‘The Banishing,’ as he’s forced to turn to black magic in order to protect his daughter.

RLJE Films and Shudder are set to release the feature on DVD, Blu-ray, On Demand and On Digital this Tuesday, November 2. In honor of ‘The Banishing’s home release, ShockYa is offering two lucky winners a Blu-ray of the feature. To enter, email us at ShockyaGiveaway@aol.com. Let us know that you’re entering to win the ‘The Banishing’ Blu-ray giveaway in the email’s subject line, and include your mailing address in the message. You have until next Friday, November 5 to enter, and you can enter the contest once daily. On November 5, we’ll pick the winners at random, and notify them through email. Good luck!

‘The Banishing’ is based on the true story of the most haunted house in England. A young reverend, Linus (Heffernan), his wife, Marianne (Findlay), and their daughter, Adelaide (McKenna-Bruce), move into a manor with a horrifying secret. When a vengeful spirit haunts the little girl and threatens to tear the family apart, the reverend and his wife are forced to confront their beliefs. They must turn to black magic by seeking the help of a famous Occultist…or risk losing their daughter.