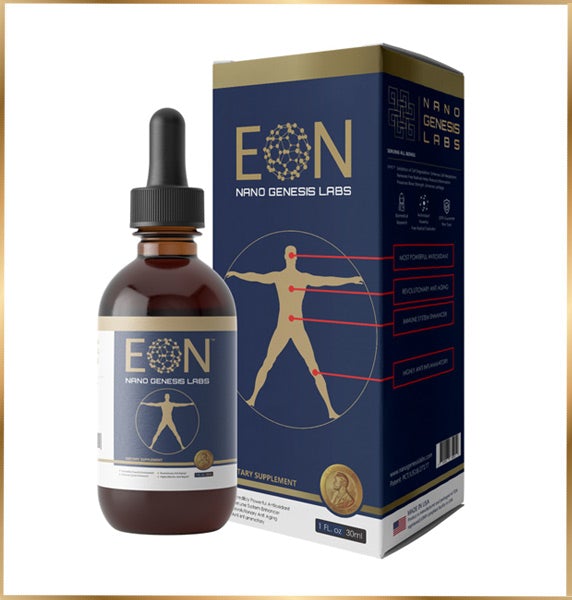 In 1985, Fullerene or Carbon 60 (better known as C60) was discovered and its founding was so monumental to science that the people who discovered it—Robert Curl, Harold Kroto, and Richard Smalley—were awarded the Nobel Prize in Chemistry in 1996

Nobel Prize Winner c60 Molecule has been enhanced by its creators to a new Nano Genesis Labs emulsification that dramatically and safely increases the efficacy and delivery of the c60 molecule by eight hundred times!

According to the CDC, “With the aging of the US population, the prevalence of doctor-diagnosed arthritis is expected to increase in the coming decades. By the year 2040, an estimated 78.4 million (25.9% of the projected total adult population) adults aged 18 years and older will have doctor-diagnosed arthritis, compared with the 54.4 million adults in 2013–2015. Two-thirds of those with arthritis will be women.”

“The release of EON C60 will give millions of people who are suffering from chronic pain and inflammatory based diseases a non-toxic option to alleviate pain and regain mobility” said Ugo Amobi, Co-founder and CEO of Nano Genesis Labs. “We have brought nanotechnology to a 65-million-year-old incredibly powerful mineral mother earth gave to us. And we’ve made it highly bio-available to the human body,” said Lana Amobi, Co-founder of Nano Genesis Labs.

C60 is a natural mineral supplement made from graphite. It is highly anti-inflammatory, boosts the immune system and reduces the risk of damage to the body from micro plastics by bonding to the chemical agents that leak from ingested micro plastics.

“The human genome and that of the rat are very similar. In clinical trials rats lived 50% longer when natural carbon molecules are added to their diet. I find that a staggering set of facts”. Said Rudy Delarenta, Legal Counsel for Nano Genesis Labs.

May 20, 2022 Akansha
HEALTH AND WELLNESS SWISSX