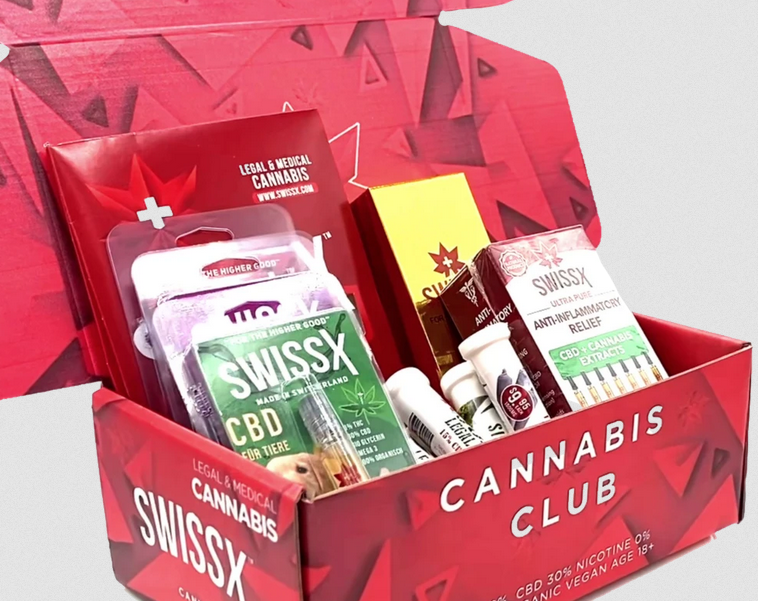 One of the best ways for friends to reunite in person during this holiday season, after spending months apart during the COVID-19 pandemic, is to bond together over activities they love. Watching television shows and movies, while also enjoying Swissx’s unique blend of CBD plants, is a noteworthy gift bundle idea for entertainment fans who also wish to indulge in the company’s high-quality products.

Swissx’s Streaming TV Monthly Gift Box Subscription offers customers one curated box per month, for the duration of the subscription. The gift box is available in several increments, including a one-time box for $90.00; a three month box for $250.00; a six-month box for $480.00; and a one year box for $890.00.

Swissx is one of the leading companies in the world that supports affordable and healthy cannabis use. Its CBD products improve the quality of life of people who have genetic predisposition to such ailments as anxiety, depression and insomnia, as well as general physical pain. For more information on Swissx, which was founded and run by Greek billionaire-CEO, Alki David, visit the company’s official website.

FilmOn TV, which is run by its billionaire CEO, Alki David, features over 600 news, sports and entertainment channels, as well as thousands of film and television titles. It can be accessed in dozens of languages.

Filmon TV is also an internet-based television subscription service that’s available as an Android and iOS app, and through its website online. The channels featured on FilmOn TV air classic and modern movies from such diverse genres as Westerns, mystery, action, Broadway musicals, comedy and horror; vintage and current television shows that are dedicated to food and wine, car racing and animation; music videos; and news and sports programming from around the world, including Africa, Asia, Australia, Latin America, the UK and the rest of Europe, and the Middle East..

“We serve more content to more people around the world than any other platform,” David has said. FilmOn TV, which has millions of global subscribers, was founded by the businessman in 2006. It has served as the pioneer in streaming television that helped bring in the current cord cutting era. It also emphasizes the value in allowing consumers to watch what they want, where and when they want.