The most intriguing bands often create an immersive musical experience on their albums that constantly evolves through elaborate arrangements, intricate vocals and relatable lyrics on each song, which offer unique journeys that won’t soon be forgotten. That’s certainly the case with London-based hard rock-post-grunge quartet, Flavour Nurse. The group, which is led by singer-guitarist Gaius Black, is bringing its audience on that adventure on its recently released epic arena-progressive rock 11-track self-titled record.

Flavour Nurse’s first LP leans into what will surely become its signature fantasy-sci-fi-symphonic rock sound that’s inspired by such classic rock bands from the 1980 and ’90s as Queen, Stone Temple Pilots, Type O Negative and Porcupine Tree. The up-and-coming concept rock quartet’s new album is a mystical, progressive collection of songs that makes an impressive artistic statement about life being guided by the magic of the universe and Celestial Sea.

The group’s eponymous record begins with the instrumental entry, ‘Dystopian Galaxy,’ which clocks in at just under a minute-and-a-half. Despite the sci-fi-symphonic-fantasy tune’s short length, it immediately establishes the LP’s ominous tones through its dark and dramatic guitar rhythms and drum beats.

‘Dystopian Galaxy’ then transitions into Flavour Nurse’s self-titled debut album’s second entry, ‘Majesty,’ which is reminiscent of the sounds of Boston, Queen and Ghost. Continuing its predecessor’s grand orchestral arrangements, the sophomore track showcase the band’s anthemic rock sound, which drive the lyrics’ spiritual themes. Black showcases his compelling vocals through those divine lyrics, in which he question who he is, and how all aspects of his life lead him to seek his place in the world.

The quartet continues its commanding rock presence throughout the middle of its eponymous record with its sixth entry, the lovestruck-inspired ‘Heart Baby Love,’ which features an enticing guitar rhythm and soaring, hard-rock post grunge vocals. The song will appeal to a variety of music fans, as it features one of the LP’s best pop vocal and instrumental blends that emphasizes the relatability of the heartbreak everyone experiences after a relationship ends. Flavour Nurse’s frontman also captivates listeners’ attention by soulfully crooning about how there’s a terrible ache in his heart, especially since he’s a hopelessly romantic.

The group’s self-titled debut LP begins to wind down with its tenth entry, ‘Prelude to Inferno,’ which is extremely powerful, despite only being approximately a minute in length. Driven by ominous layers of guitar strumming and drum beats, Black’s haunting and intense vocals narrate the coming cataclysm.

‘Prelude to Inferno’ than morphs into the epic last entry on Flavour Nurse’s eponymous album, ‘Eleven of Fire,’ which features a prominent, layered bassline and wailng guitar riffs that support the singer’s ominous and emotional vocals, which are reminiscent of Queen. Containing the theme and instrumentals of its predecessor, the record’s final track emphasize how the lightness of each person in a relationship can balance the darkness they both also possess, as they try to stabilize each other’s personalities.

Through its elaborate arrangements, intricate vocals and relatable lyrics on such enthralling tunes as ‘Majesty’ and ‘Heart Baby Love,’ Flavour Nurse’s self-titled debut record brings its listeners on an emotionally relatable epic arena-progressive rock journey. The band’s LP leans into what will surely become its signature fantasy-sci-fi-symphonic rock sound. The up-and-coming concept rock quartet’s new album is a mystical, progressive collection of songs that makes an impressive artistic statement about life being guided by the magic of the universe and Celestial Sea. 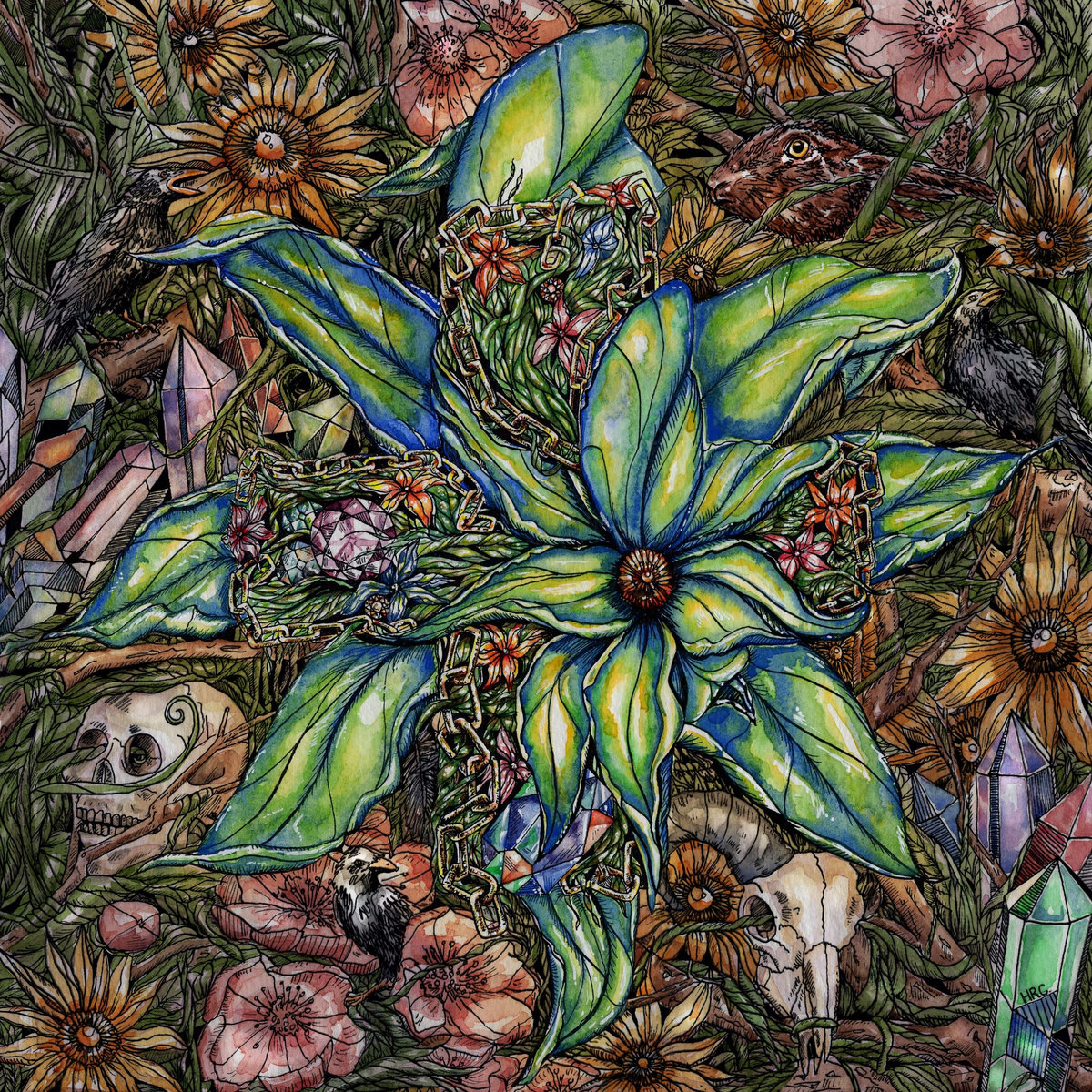