Being in control of what they need to say in order accomplish their personal and professional goals is a vital asset for both parents and filmmakers. That’s certainly the case for helmer Sasha Levinson, a single mother who took the time during the beginning of COVID-19 in 2020 to pursue her ultimate dream of making her first feature. Her experience of bonding with her elementary school-age daughter during the pandemic and making her feature film directorial debut is chronicled in her new documentary, ‘Sylvie of the Sunshine State.’

The movie is premiering at this year’s Slamdance Film Festival, where Levinson won the George Starks Spirit of Slamdance Award. ‘Sylvie of the Sunshine State’s virtual screenings at the festival will be available to passholders until tomorrow, February 6. In honor of the documentary’s World Premiere at this year’s festival, ShockYa is debuting an exclusive clip from the feature, which is titled ‘Excited.’

In addition to helming the movie, Levinson also served as the cinematographer on the feature, and co-wrote the script with Jonathan Sanford. Levinson appeared in the documentary with Sylvie, her daughter, as well.

Seen through the lens of her filmmaker single mom, ‘Sylvie of the Sunshine State’ showcases how the titular second grader navigates the absurdities and emotional turbulence of her eccentric, multi-generational Jewish matriarchy, a dad who lives far away and the shutdown of her grandmother’s nail salon. When Sylvie has an unexpected medical emergency, her dad arrives in Florida and a fragmented family finds themselves once again living under the same roof. What began as an experiment with finding story in everyday life, emerged as a hyper-intimate, therapeutic exploration of single motherhood, daughterhood and multi-generational feminine trauma, which ultimately gives way to healing. 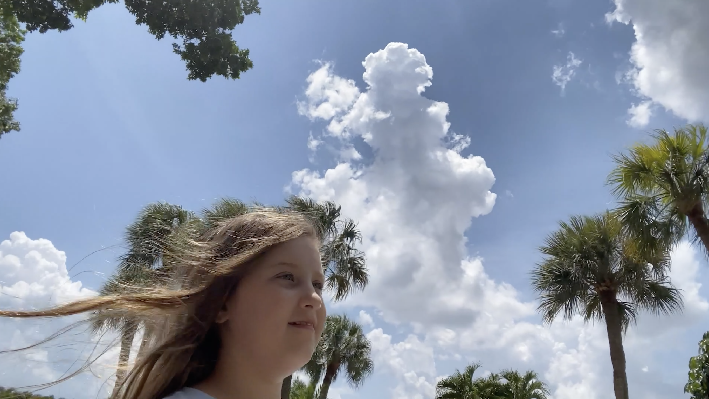 ShockYa is exclusively debuting a clip from writer-director-producer-cinematographer Sasha Levinson's documentary, 'Sylvie of the Sunshine State,' which is having its World Premiere at the 2022 Slamdance Film Festival.