Sometimes the only way for people to learn how to appreciate their circumstances is to be inadvertently placed in a situation that endangers not only their morals, but also their life. That’s certainly the case for actor Evan Marsh’s character of Joel in the horror comedy, ‘Vicious Fun,’ after he sets out to further his career. But he ultimately ends up having to fight for his ethics and physical survival as he’s forced to spend time his new ruthless peers.

RLJE Films is releasing ‘Vicious Fun’ on VOD, Digital HD, Blu-ray and DVD on Tuesday, April 5. The Blu-ray will be available for an SRP of $28.96, and the DVD will be available for an SRP of $27.97. The discs will include several bonus features, including a filmmaker commentary, deleted scenes and alternate takes, a blooper reel, a ‘From Script to Screen’ featurette, a behind-the-scenes photo gallery and the comedy’s trailer.

In honor of ‘Vicious Fun’s home distribution, ShockYa is offering two lucky winners a Blu-ray of the movie. To enter, email us at ShockyaGiveaway@aol.com. Let us know that you’re entering to win the ‘John and he Hole’ Blu-ray giveaway in the email’s subject line, and include your mailing address in the message. You have until Tuesday, April 5, the day of the film’s Blu-ray distribution, to enter, and you can enter the contest once daily. On April 5, we’ll pick the winners at random, and notify them through email. Good luck!

In ‘Vicious Fun,’ Joel is a caustic film critic for a national horror magazine who unwittingly finds himself trapped in a self-help group for serial killers. With no other choice, he attempts to blend in with his homicidal surroundings or risk becoming the next victim. 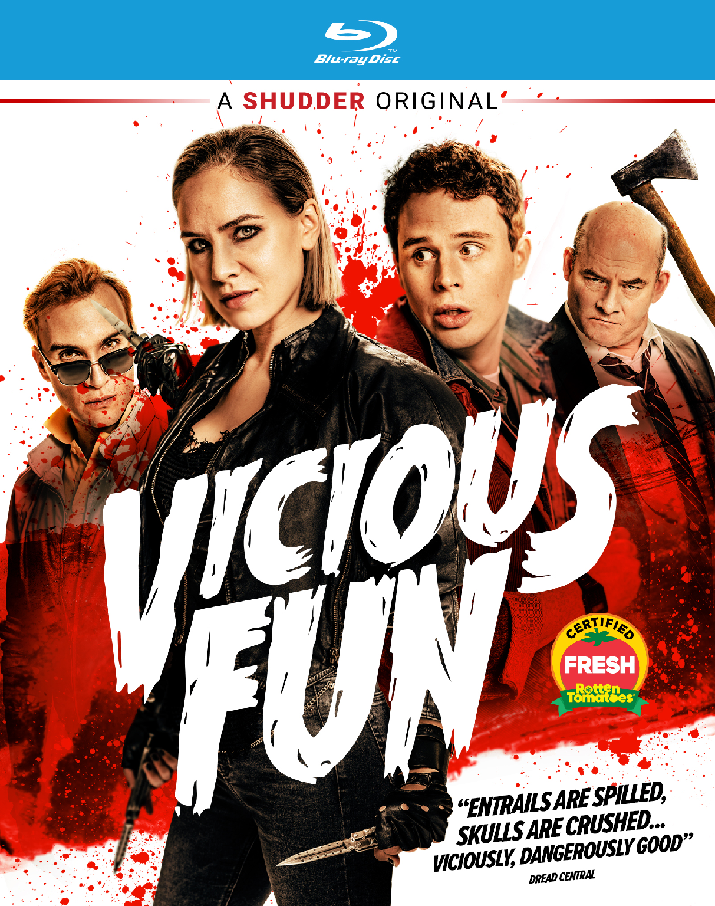