Sometimes the only good way to improve the unfortunate situations found in a bad city is to acquire the help of a reformed law enforcer. that’s certainly the case for Charlie Hunnam‘s protagonist, a former LAPD officer who’s called back to the line of duty after a harrowing murder, in the new action comedy, ‘Last Looks.’

In honor of ‘Last Looks’ home distribution, ShockYa is offering three lucky winners a Blu-ray of the comedy. To enter, email us at ShockyaGiveaway@aol.com. Let us know that you’re entering to win the ‘Last Looks’ Blu-ray giveaway in the email’s subject line, and include your mailing address in the message. You have until this Sunday, April 12, to enter, and you can enter the contest once daily. On April 12, we’ll pick the winners at random, and notify them through email. Good luck!

In ‘Last Looks,’ Charlie Waldo (Hunnam) is an ex-LAPD superstar who left the force and now lives a life of simplicity and solitude deep in the woods. Alistair Pinch (Gibson) is an eccentric actor who spends his days drunk on the set of his TV show. When Pinch’s wife is found dead, he becomes the prime suspect, and Waldo is convinced to come out of retirement to investigate what happened. The case finds Waldo contending with gangsters, Hollywood executives and pre-school teachers, all in pursuit of clearing Pinch’s name…or confirming his guilt. 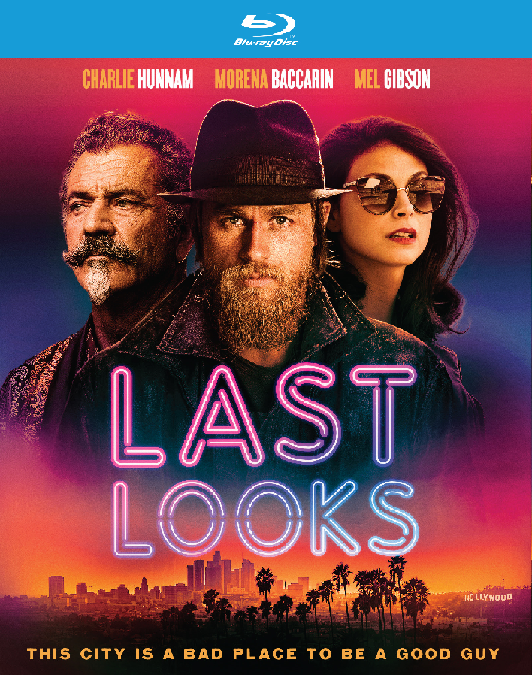