Law enforcement veteran Matt Rodriguez is once again proving his support to keeping communities across Los Angeles safe as he continues his campaign to become the county’s next sheriff. The race’s leading Republican candidate understands that the sheriff election is one of the most important ones in California this year, especially in terms of reducing crime across the county.

As reported on TV Mix, residents of L.A. county have expressed their desire to see new leadership in the sheriff’s office and a new vision for public safety. Like Rodriguez, the public is upset with the performance by the current L.A. County Sheriff, Alex Villanueva, a Democratic who was elected in a surprising upset in 2018.

The current sheriff infamously battles with county leaders, supervisors and the L.A. district attorney, George Gascón. Villanueva has never apologized for his actions, however; he instead repeatedly defends his record, despite the fact that the crime rate has drastically increased during the past two years. As a result, L.A. county voters across the county have shared in a recent poll that public safety and crime have become their top concerns during the sheriff’s term.

Rodriguez is the best candidate in this year’s race to become the next L.A. County Sheriff. He’s a government security specialist who once served as Captain in the L.A. County Sheriff’s Department. Having also most recently served as the Interim Chief of Police and Assistant Chief of Police in the City of Santa Paula, he has proven that he believes in respecting people, law enforcement and the rule of law.

The L.A. County Sheriff Republican candidate also possesses four academic degrees, including a Master’s Degree in Executive Leadership from the School of Public Policy at USC; a Master’s of Public Administration from Cal State Long Beach; a Bachelor of Science degree in Political Science from UCLA; and an Associate of Science degree in Administration of Justice from Citrus Community College.

One of Rodriguez’s highest priorities is instating police reform in the LAPD. He hopes to finally stop the corruption that has plagued the department throughout his 32-year career.

The Republican candidate also favors bringing about changes to the criminal justice system. On his official campaign website, he states that those changes “should include proven evidence based programs with a track record of success. Reform requires a surgical approach to change, widespread community understanding and concurrence. As opposed to the failed reform of our current leadership.”

Rodriguez also feels it’s critical that law enforcement officers form partnerships with their communities in order to ensure public safety. He further believes that the relationship between the two sides is essential to maintaining public trust.

In order to make L.A. County safe again, Rodriguez will be attending an anti-crime rally this Sunday, May 1 at the Broadway and Temple Street Hall of Justice in the Civic Center of Downtown Los Angeles. Along with county residents, he will march and rally for safe communities and support of victims. 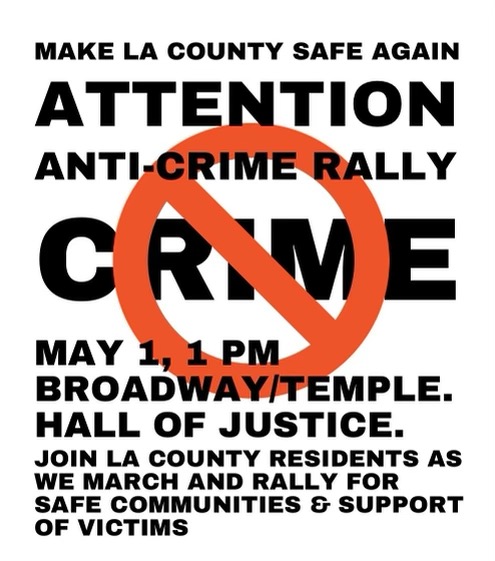 After the rally, the L.A. County Sheriff candidate will be hosting a meet and greet fundraiser next Wednesday, May 4 from 5:30-9pm PT at Phoenicia Restaurant (343 N Central Ave., Glendale, CA 91203). His supporters can RSVP for the event by emailing jdbuckwell@mac.com. 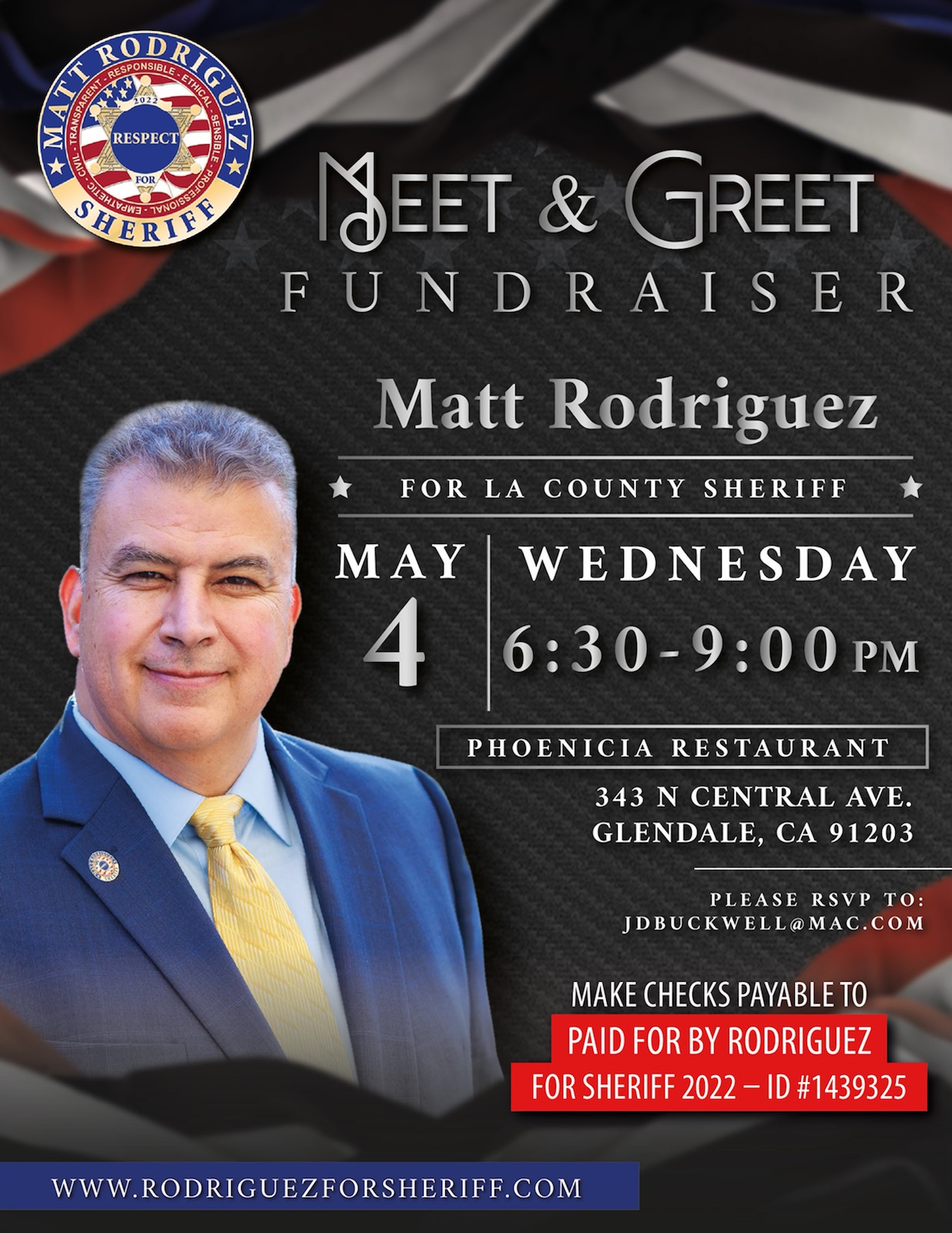 “Public safety is a shared responsibility that requires positive working relations built upon public consent, trust, understanding and innovation,” the L.A. County Sheriff candidate stated on his website. As Sheriff, he’ll rally the community to join the department to solve problems and create a safer community for everyone.