Sitcom fans are about to become nostalgic again for the 20th century, as several legacy cast members from ‘That ’70s Show’ have signed on to make special guest appearances on its anticipated spin-off, ‘That ’90s Show.’ The actors from the original FOX series who will reprise their roles on the upcoming Netflix show include Topher Grace as Eric Forman; Mila Kunis as Jackie Burkhart, Ashton Kutcher as Michael Kelso; Laura Prepon as Donna Pinciotti and Wilmer Valderrama as Fez.

‘That ’90s Show’s previously announced series regulars include Ashley Aufderheide, Callie Haverda, Mace Coronel, Maxwell Acee Donovan, Reyn Doi, and Sam Morelos. Kurtwood Smith and Debra Jo Rupp, who will reprise their roles of Red and Kitty Forman from ‘That ’70s Show’ on its upcoming spin-off, will also serve as executive producers on ‘That ’90s Show.’

The 10 episode first season of the new sitcom will also be executive produced by its creator and showrunner, Gregg Mettler. Bonnie Turner, Terry Turner and Lindsey Turner will also serve as executive producers, creators and writers on ‘That ’90s Show.’

Set in Wisconsin in 1995, ‘That ’90s Show’ follows Leia Forman (Callie Haverda), the daughter of Eric and Donna, is visiting her grandparents, Kitty and Red, for the summer. While there, she bonds with a new generation of Point Place kids under the watchful eye of Kitty and the stern glare of Red. 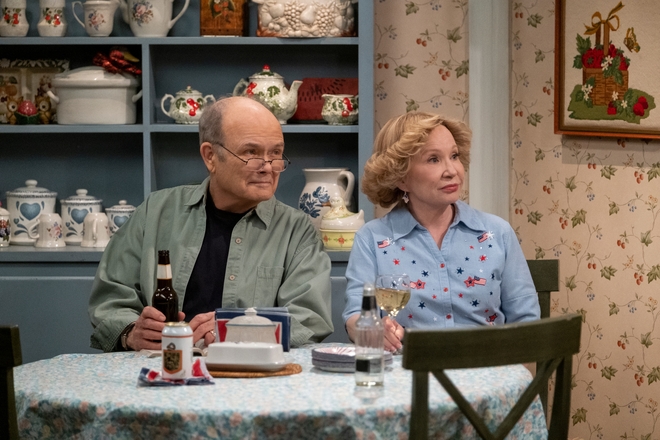