Adam Sandler is determined to prove he can win, in both his career and personal life, in the official trailer for the new sports comedy-drama, ‘Hustle.’ The actor’s protagonist of Stanley Sugerman has an aspiration to become an NBA coach after working as a traveling scout for 30 years, in part to provide a better life for his family.

The trailer’s release is supporting the film’s upcoming distribution in select theaters on June 3. It will then be released on Netflix on June 8.

‘Hustle’ was written by Taylor Materne and Will Fetters. The movie was directed by Jeremiah Zagar (‘We the Animals‘).

‘Hustle’ shows that while Stanley’s love for basketball has always been unparalleled, he begins to become weary of traveling all the time as a talent scout for the Philadelphia 76ers. He has higher ambitions of being a coach, but remains stuck on the road looking for the next unknown talent. His search around the world leads him to Spain, when he discovers Bo Cruz (NBA player Hernangómez), an incredible streetball player with a troubled past.

Stanley and Bo connect on and off the court, through their passion for the game and as loving family men who want to prove they can win, in both basketball and life. With the support of Stanley’s wife, Teresa (Queen Latifah), the underdogs strive to come out on top.

For more information on ‘Hustle,’ visit its page on Netflix’s official website. 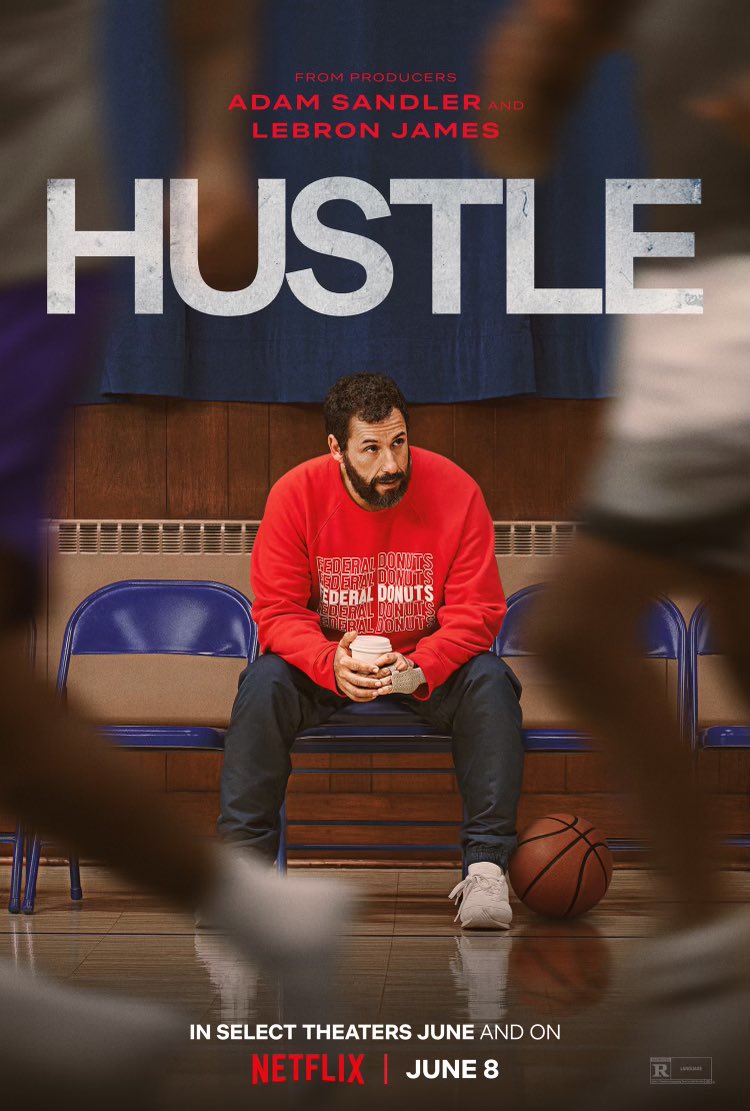