Sometimes prisoners aren’t the most frightening monsters in the facilities where they’re held; instead, the government agents realize that unknown creatures lurking in the prison prove to be even more deadly. That’s certainly the case for the mercenaries who are tasked with rescuing an imprisoned bioengineer in the sci-fi horror film, ‘Death Valley.’

In honor of ‘Death Valley’s home distribution, ShockYa is offering two lucky winners a Blu-ray of the film. To enter, email us at ShockyaGiveaway@aol.com. Let us know that you’re entering to win the ‘Death Valley’ Blu-ray giveaway in the email’s subject line, and include your mailing address in the message. You have until next Tuesday, May 17, the day of the drama’s Blu-ray release, to enter, and you can enter the contest once daily. On May 17, we’ll pick the winners at random, and notify them through email. Good luck!

In ‘Death Valley,’ mercenaries with nothing to lose are hired to rescue a bioengineer imprisoned in a cold war bunker. Upon entering the ominous facility, they find themselves in a fight for their lives, under attack from an unknown and deadly creature. 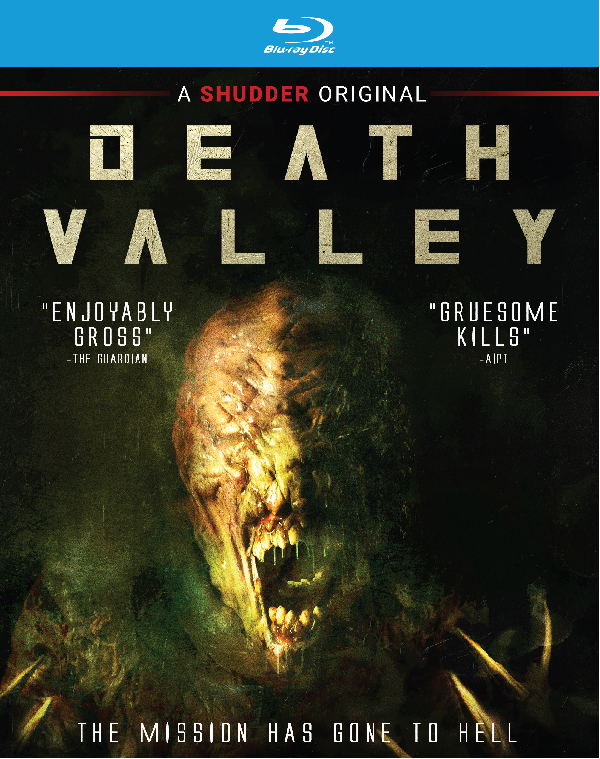