Experience the epic conclusion to the Jurassic era as two generations unite for the first time in the new ‘A Look Inside’ featurette for the upcoming sequel, ‘Jurassic World Dominion.’ Universal Pictures has unveiled the latest promotion for the anticipated epic action-adventure movie, which will be released in theaters on June 10.

‘Jurassic World Dominion’ takes place four years after Isla Nublar was destroyed. Dinosaurs now live—and hunt—alongside humans all over the world. This fragile balance will reshape the future and determine, once and for all, whether human beings are to remain the apex predators on a planet they now share with history’s most fearsome creatures.

The second follow-up in the ‘Jurassic World’ trilogy was directed by Colin Trevorrow, who also helmed the series’ first installment, ‘Jurassic World’ which was released in 2015. He also co-wrote the drama’s screenplay with Emily Carmichael, with whom he also co-scribed the script for the 2019 ‘Jurassic World’-inspired short, ‘Battle at Big Rock. The helmer also served as an executive producer on the upcoming feature with the franchise’s creator, Steven Spielberg. 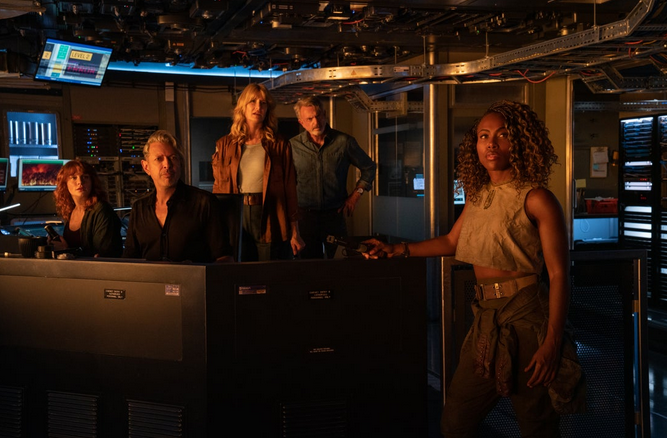 Universal Pictures has released a new featurette from director by Colin Trevorrow's epic action-adventure sequel, 'Jurassic World Dominion,' which is titled 'A Look Inside.'