New parents always face challenges, since it’s an endeavor they’ve never embarked on before, sure to reveal many facets of their relationship that may not have been previously known. In a heterosexual couple, there’s often an unfair burden placed on the mother, especially if she was the one to deliver the baby and is able to breastfeed, and fathers can still contribute in a variety of ways that may or may not be well-received. But parenting isn’t the only job people have, and when other dynamics or incidents get in the way and are combined with a monumental loss of sleep, the results can be highly worrisome and extremely transformative.

Cédric (Patrick Hivon) becomes the subject of much mockery – and an extended suspension from his workplace – after he drunkenly kisses a reporter without her consent on the air. His wife Nadine (Monia Chokri) has already reached her breaking point since their baby is never able to sleep in her crib, leading to potential neck issues that the doctor insists can only be fixed by habit-forming bed sleep. When Cédric decides to hire a babysitter, he finds Amy (Nadia Tereszkiewicz), who, despite having no experience, is exceptional at her job and also fills an unexpected void for Nadine since she seems uniquely able to see her in a way that Cédric can’t.

This film is a comedy, one that makes great use of its cinematography to include lengthy aerial shots and to focus in on its characters’ facial expressions to truly highlight the situations in which they find themselves. There are many layers to its story, which also involves Cédric being coached by his journalist brother Jean-Michel (Steve Laplante) to write an apology letter to the woman he assaulted. That theoretically earnest suggestion spirals into a book pitch, one that claims to achieve great depth on how self-serving men can be but manages to become the best possible example of that and of the appropriation of someone else’s experience.

Having Babysitter as a title is an interesting choice, since Amy is not always the focus of everything and this isn’t a typical tale of the husband falling for the babysitter. From the film’s opening moments, the scenes with Cédric do involve an inherent misogyny, since Jean-Michel can tell, as audiences are clued in to by the camera angles, that Cédric’s gaze always tends towards women’s breasts or other distinguishing features. Once she has become comfortable working for her new employers, Amy shows up in a maid’s outfit, and rejects the assertion from all three adults that it has to be a sex thing, noting that schoolgirl uniforms have achieved the same distinction in society though they’re not meant to be taken as such.

Babysitter benefits from an effective interaction of all of its ingredients, with a witty script elevated by attentive directing and a camera lens that really gets up close and personal with its characters’ eyes and mouths, revealing just as much from the look someone has as the multitudes of crumbs dribbling from another’s messy bite. The performances across the board are superb, with Hivon and Laplante dialing up the excess to tune into the male ego. Tereszkiewicz brings her character to vivid life, full of fascinating contradictions that only enhance her portrayal.

The real tour de force comes from Chokri, who works both behind the camera and in front of it. As Nadine, she immediately conveys a true sense of exhaustion, not just from the lost hours of rest but also from the way in which Cédric takes up too much room in the relationship, never properly considering her needs despite being an objectively mediocre partner. It’s particularly satisfying to see the way she chooses to interpret her character as a fulfillment of her own directorial vision, which guides audiences on a thoroughly entertaining, thought-provoking, and sometimes admittedly quite bizarre journey. 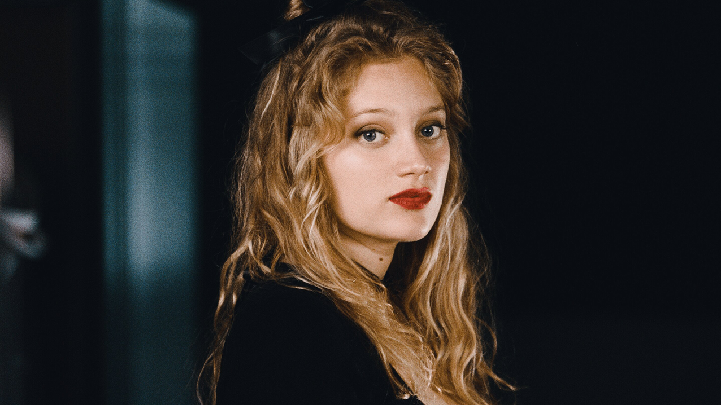