An Act of Worship

There are many assumptions made about all kinds of people based on the actions of a few. In recent years, one of the most vilified groups in the United States has been those who practice Islam. The fact that terrorist attacks were carried out on September 11th, 2001 by Muslim extremists has led to a great deal of hateful discrimination and even a ban on visitors from countries with Muslim-majority populations by the Trump administration. An Act of Worship looks at three women who have been personally affected by the dominant culture of Islamophobia.

As its subjects, An Act of Worship selects three women who have grown up in the post-9/11 era. Aber, who works as a community organizer for sanctuary city programs in New York, is getting married, and is trying to get her father a visa to return to the country after he was deported years earlier. Khadega was born in Sudan and now lives in Michigan. Ameena works as a civil rights lawyer in California. All three have a strong relationship with their faith, but have also felt compelled to hide who they are because they see how people have treated them because of the clothing they wear and the practices they have that identify them as Muslim.

This documentary charts the upbringings of each of these women and how what they considered normal and meaningful served to ostracize them or make them feel like an other. As the film opens, an exercise is conducted that asks people to name moments where they remember experiencing discrimination, and works through how little thought is often put into what is said and the disastrous effect it can have on whoever hears it regardless of that. It establishes the work that needs to be done to overcome preconceived notions and correct societal misconceptions that have led to alienating behavior.

The attitudes expressed by these three women may come off to some as defiant or angry, but they have reason to be given what they endure on a regular basis. This film should serve as a wake-up call to those who believe that claims of Islamophobia are manufactured or overblown, and to isolate them as a problematic element of American culture in its own right which need not be compared to any other group’s experience as less significant or somehow justified because of the actions of those with remarkably different ideologies that still fall within the same umbrella religion.

There is also a worthwhile exploration of the how intersectionality can make someone’s Muslim identity even more complicated. Being forced to choose to hold ethnicity or skin color as more important or defining than religion can be very difficult, and people in that situation are also often put into a box by someone else who may decide what or who they are for them rather than ask. It’s all part of the same overarching problem, one which imparts judgment on people for the way they live rather than seeking to understand them.

Filmmaker Nausheen Dadabhoy, whose resume includes a cinematography credit on the Oscar-nominated 2016 short film La Femme et le TGV, brings her own experience as a Pakistani-American to this project, delivering an intimate film that shines a light on the human faces of Islam in America. This isn’t just a generic issue affecting some portion of the population, but instead a current of behavior that requires correction. An Act of Worship is an important first step, documenting what’s going on so that people can see what’s really happening. 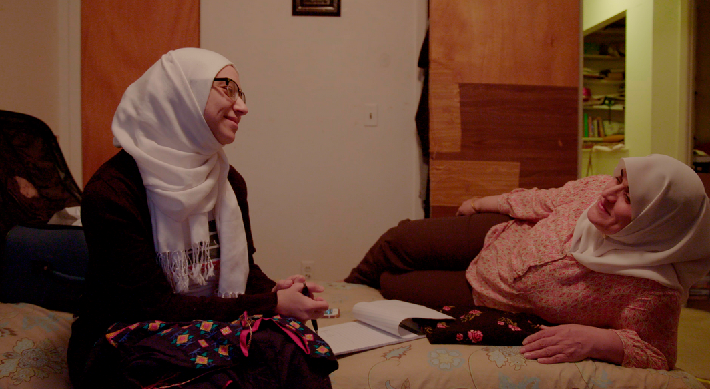