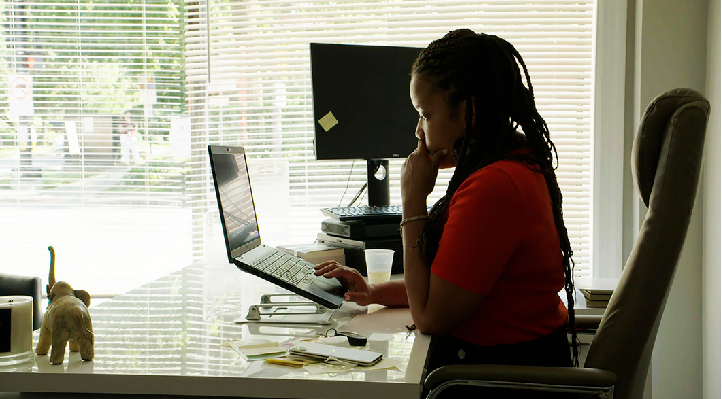 The issue of reparations for slavery in the United States is one rife with controversy. It’s hard to argue that the existence of Black people in America isn’t radically different from that of white people, but opponents of reparations often argue that slavery ended more than a century and a half ago, and if they were even willing to do so at any point, it would have been at that time so that the people who actually suffered could benefit from the reparative effort. But there is much more to the idea, whose history and potential implementation are thoroughly detailed in the documentary The Big Payback.

There are two key players in this film, Houston, Texas Congresswoman Sheila Jackson Lee and Evanston, Illinois Alderman Robin Rue Simmons. Lee advocates for the passage of HR 40, a bill intended to form an official investigation into how reparations might work based on Special Field Order 15, which was issued by Abraham Lincoln in 1865 and has been nicknamed “forty acres and a mule” but was rescinded by Lincoln’s successor, Andrew Johnson. Simmons is working on a more local project: getting the city of Evanston to begin its journey of dealing with its discriminatory past and making reparations happen within her own city.

This film’s title might scare off some potential audiences, but, just as in the case with any kind of educational overview, it would be most helpful if those who were skittish or uninformed about the subject matter took the time to sit down and really attempt to understand. The concept of why reparations are necessary is much more coherent and supportable than how to implement them, but the first step in all of this is to get people to acknowledge that it is worth exploring. Openness to even looking at the costs is not universal, even among some Black people interviewed in the film who believe no one should be given a helping hand and that reparations would only serve to further increase racial divisions.

In addition to showcasing the tremendous work being undertaken by these two women, this documentary does a spectacular job of making the case for reparations as being about more than just slavery. For a place like Evanston that was only founded in the late 1850s, the offenses there were highlighted by redlining, where Black people were subject to unfavorable zoning and other practices that made the areas they lived in less desirable and prevented them from getting loans and other financial support. And Simmons has a clear plan for how to start to make things right, including requiring proof of residency and other documentation to show that beneficiaries were affected by systemic policies.

Simmons’ efforts in Evanston are inspirational but also noteworthy since they represent a first true push on the local level. When she has the opportunity to meet with representatives undertaking similar projects in other cities, it’s clear that this is a widespread issue that is being talked about around the country and should be dealt with in a federal capacity. The stories from others around the room include Black Wall Street in Tulsa, Oklahoma, which was devastated by a brutal massacre by white residents in 1921, and countless instances of redlining and other discriminatory practices from segregation to long after the height of the Civil Rights movement.

There is also a great deal of frustration to be found in The Big Payback since victories are not commonplace and each win comes with a new battles and other unforeseen obstacles. The outbreak of the COVID pandemic is an additional blow in this film’s timeline since it disproportionately affects Black communities, yet another sign of systemic injustice within the United States. As conservative politicians fight to ban notions like Critical Race Theory from being taught in schools, this film’s importance is only underlined. In a perfect world, it could be required viewing for those with misconceptions about what reparations mean and why people believe they should be implemented.