Sometimes people’s most difficult and challenging fight for survival is against themselves. Actress Karen Gillan’s protagonist of Sarah is shocked to discover that the only person who’s standing in her way of leading a long, fulfilling life is herself in the acclaimed sci-fi-fantasy movie, ‘Dual.’

RLJE Films will release the thriller on DVD and Blu-ray on Tuesday, July 19. The discs will include several bonus features, including ‘The Making of Dual’ and Director Audio Commentary. The drama will be available on DVD for an SRP of $27.97 and on Blu-ray for an SRP of $28.96.

In honor of ‘Dual’s home distribution, ShockYa is offering two lucky winners a DVD of the movie. To enter, email us at ShockyaGiveaway@aol.com. Let us know that you’re entering to win the ‘Dual’ DVD giveaway in the email’s subject line, and include your mailing address in the message. You have until Tuesday, July 19, the day of the DVD’s release, to enter, and you can enter the contest once daily. On June 28, we’ll pick the winners at random, and notify them through email. Good luck!

In ‘Dual,’ upon receiving a terminal diagnosis, Sarah opts for a cloning procedure to ease her loss on her friends and family. When she makes a sudden and miraculous recovery, her attempts to have her clone decommissioned fail and lead to a court-mandated duel to the death. Now she has one year to train her body and mind for the fight of her life. 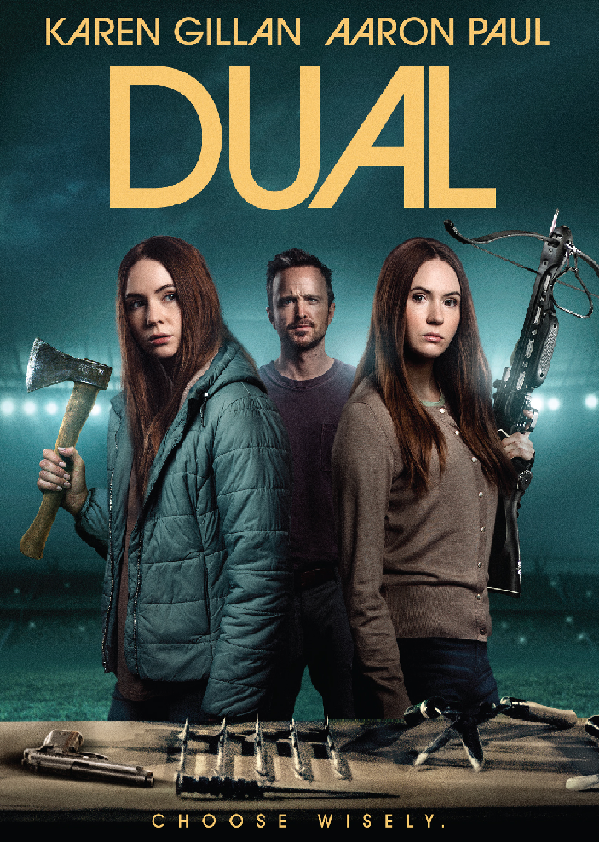