Preserving the remaining traces of vital cultural artifacts from bygone eras is a vital journey in not only honoring the lives of people’s ancestors, but also reminding modern society that the tragedies of the past should never be repeated. That important process is highlighted in the new documentary, ‘Three Minutes: A Lengthening,’ which creates a tense fusion of the past and the present in Nasielsk, Poland.

Filmmaker Bianca Stigter was inspired to write and direct the movie after she found and read author Glenn Kurtz’s 2014 book, ‘Three Minutes in Poland.’ The book is based on the titular three minutes that Kurtz’s grandfather, David Kurtz, filmed while he visited Nasielsk, the town of his birth, in 1938, after he emigrated to the United States as a child.

The footage, which was mostly shot in color, a rarity at the time, on a 16mm camera, is the only remaining moving images that remain of Nasielsk prior to World War II. Almost all the people seen in the footage, which Stigter initially watched on the United States Holocaust Memorial Museum website, were later murdered during the Holocaust.

‘Three Minutes: A Lengthening’ was co-produced by Steve McQueen, the director of the Academy Award-winning biographical drama, ’12 Years a Slave,’ which Stigter served as a producer on. The documentary was narrated by Oscar-nominated actress, Helena Bonham Carter.

‘Three Minutes: A Lengthening’ is now playing in theaters in Los Angeles and New York, courtesy of Super. The feature’s official release comes after it screened at the Toronto International Film Festival, the Sundance Film Festival and the Telluride Film Festival.

‘Three Minutes: A Lengthening’ chronicles how David Kurtz’s three minutes of home movie footage are the only known moving images left of the Jewish inhabitants of Nasielsk, Poland, before the Holocaust. Those minutes are examined in intricate detail throughout the documentary to unravel the human stories hidden in them.

Tracing the story of those three minutes begins with the journey of Glenn Kurtz to discover more about his grandfather’s film. His research ultimately leads him to identify people and places that would have otherwise been erased from history, and helped to connect a Holocaust survivor, Maurice Chandler, with his lost childhood.

Stigter and Kurtz generously took the time recently to talk about making ‘Three Minutes: A Lengthening’ during an exclusive interview over Zoom. Among other things, the filmmaker and author discussed that they were initially cautious about adapting ‘Three Minutes in Poland’ for the screen, but ultimately both felt it was necessary to share his grandfather’s footage from Nasielsk, and its overall history, especially from World War II, with the world.

The conversation began with the filmmaker and author discussing what inspired them both to adapt the book into the movie, and how production on the feature began. Stigter stated that she “saw a post on Facebook in 2014, I think, called ‘Three Minutes in Poland.’

“I found it be be very intriguing premise. I thought, three minutes in a country? What is that about?,” the helmer shared.

“So I clicked on the post and found out that it was a book that Glenn wrote about the footage his grandfather shot in the small town of Nasielsk in Poland in 1938. It also said that you could see the footage on the website of the U.S. Holocaust Museum,” Stigter continued.

“So I went over there to watch it. What you see is in color, which was very rare for that time; you usually see footage from that time in history in black and white,” the filmmaker pointed out.

“You see a very vibrant community. You also see kids trying to be on camera – they are really looking at you. It’s then quickly over, as it’s only three minutes – it’s quite short,” Stigter noted.

“So I thought, maybe we can try to make this into a longer film while only using this short footage…That was my original idea,” the director divulged. “I had the chance to make this film because I wasn’t working as a filmmaker at the time.

“So I contacted Glenn and he was cautiously interested in trying this out. We then exchanged some emails and phone calls, and I interviewed him, and it went from there,” Stigter added.

Kurtz then chimed in, admitting: “I was cautious when Bianca first contacted me because I had spent four years researching my grandfather’s film and trying to identify the individuals who appear in it. So I was so protective of it since there isn’t that much footage of these individuals in pre-war Poland.

“Since we don’t really known what we’re seeing, people tend to use it as a springboard for their own fantasies about what life was like during that time period. I don’t really like that approach at all, so I tried to learn as much as possible about what was available about these individuals,” the author further noted.

“That meant not pretending to know who these people were, but instead trying to discover who they really were. If it was possible to discover who an individual was, I did. Then we could learn as much as we could. If it was impossible to learn anything, then we had to accept that loss because that’s what happened – their lives were lost,” Kurtz noted.

“So when I started talking to Bianca, I was very protective of this approach. But as a trained historian, she had a similar reverence for evidentiary documentation of the facts that we’re seeing. She also had a sense of wanting to know certain things while watching the film, but you can’t with many things,” the author shared.

“So every little bit that you do learn is a precious discovery. I think she had the same sense while watching the film. So I think there was a sympathy in our approaches to making the documentary,” Kurtz added.

The author then further delved into why he wanted to learn more about his grandfather’s film. “When I discovered the film in 2009, I didn’t know anything about it; I didn’t even know what town it was. So to say anything about it is a result of a huge amount of work, research and time,” he shared.

“Of course, it documents a community that was animated, so discovering what I was looking at, even under the best of circumstances, was going to be difficult. It was certainly going to come to me in fragmentary form,” Kurtz noted.

“So I assembled all sorts of documentation that I was able to find, including a business directory, correspondence between people and family photographs – just these fragments that people had in their drawers. The challenge was figuring out how to connect these fragments,” the author admitted.

“The amazing thing that happened that after donating the film to the U.S. Holocaust Memorial Museum, a woman happened to see it online. In this crowd of children, she recognized one boy – her grandfather – Maurice Chandle, who was a 13-year-old boy in the film,” Kurtz revealed.

“He’s still alive, and has a photographic memory. It was really with him that the story took shape and flight. He was able to watch the film and identify people and tell us their names and stories about them,” the author divulged. “It was from his recollections that we were able to cast out a net and grab these other fragments of information that I didn’t know what to do with.

“What I say in the end is that the history of this town exists solely in fragments. While before, they were isolated fragments, they now connect. It’s in those connections that we gain these little glimpses into the town,” Kurtz added.

Once the filmmakers were able to identify some of the people who appear in the three minutes of footage from 1938, the author embraced the process of interviewing their descendants, as well as with historians, for the book and documentary, in order to learn more information about Nasielsk’s inhabitants. “For me, in terms of doing research for the book, I interviewed everyone I possibly could, who could tell me anything about the town. But that wasn’t easy to come by,” he admitted.

“There were approximately 3,000 Jewish residents in Nasielsk in 1938, when my grandparents visited. Of those 3,000 residents, fewer than 100 survived the Holocaust, and that was in 1945,” Kurtz noted. “I found the film in 2009, so just finding anyone who had any kind of first-hand recollection or knowledge of what happened there was an achievement,” he also pointed out.

“So I was fortunate to meet and interview eight survivors. I also interviewed the families of survivors who are no longer living, as well as descendants, like me, who may have preserved family stories from their grandparents or great-grandparents,” the author shared.

“Everything I learned was important, as I was trying to learn anything that I could about any of the hundreds of people who appear in the film. After time, certain patterns started to emerge, and I was veracious in learning everything I could,” Kurtz added.

Stigter then also chimed in on the interview and research process for ‘Three Minutes: A Lengthening,’ saying: “When I first saw the footage, I saw it as a historic document and artifact. So when I then spoke to Glenn, who was someone who already had so much knowledge of Nasielsk, changed things; suddenly, everything that passed on screen during the footage started to mean something.

“Then, also talking to Mr. Chandler changed things again because for him, this isn’t a historical document; these are his personal memories and this is his past. So he had a very different take on the footage,” the filmmaker concluded. 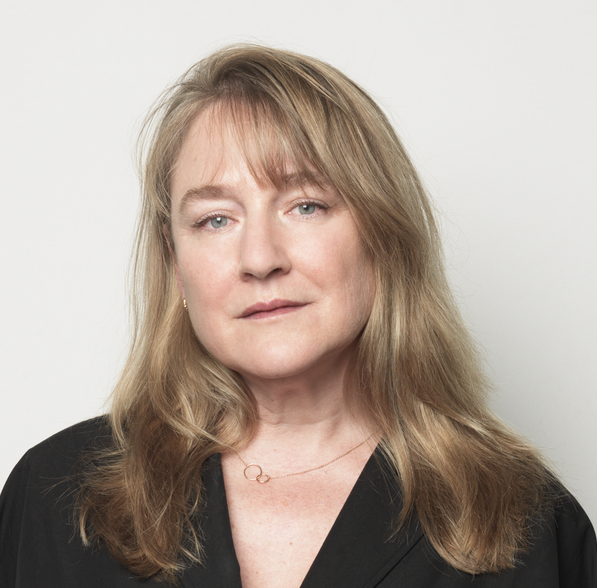 Name
Bianca Stigter and Glenn Kurtz
Website
https://superltd.com/films/three-minutes-a-lengthening
Job Title
Writer-director of the documentary, 'Three Minutes: A Lengthening,' and author of the book the film is based on, 'Three Minutes in Poland'