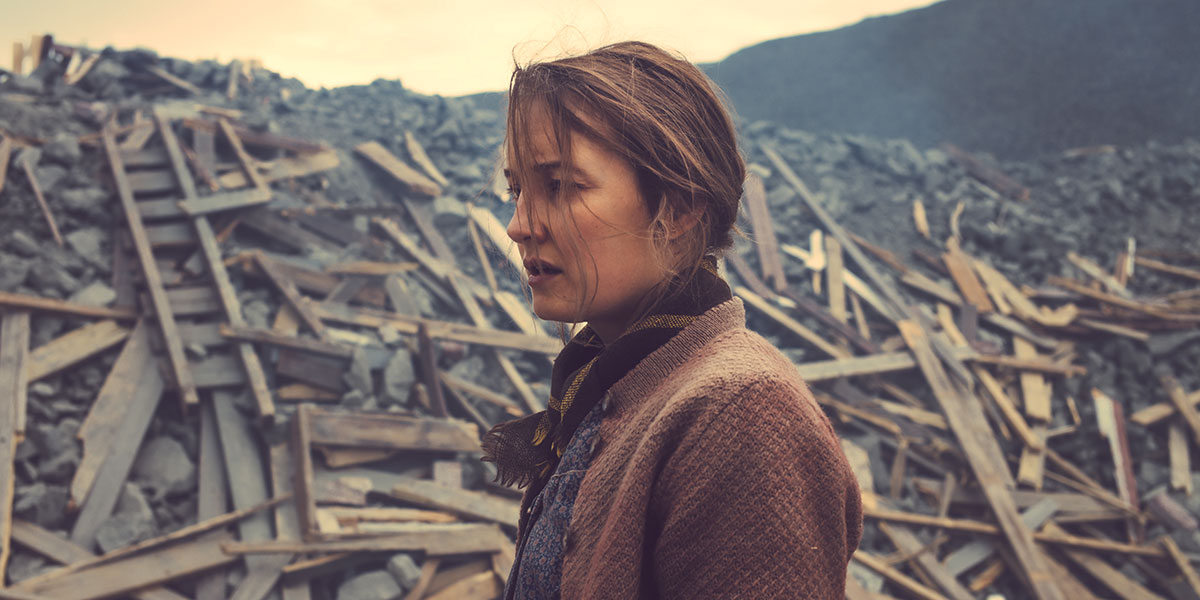 There are many facets to war, and one person’s experience of living through one may be drastically different than another’s. Battles may be fought far from a mainland, so the citizens of a particular country or region will feel the strain of available products and personnel, as well as the loss of their own people, but not be present for the destruction itself since it is taking place elsewhere. Those who do serve in such a context undergo harrowing and unforgettable experiences which they cannot truly convey to others and from which they may never fully recover.

Freddy (Kristoffer Joner) and Kvalen (Pål Sverre Hagen) are best friends in Norway before World War II reaches them, and they leave together to go serve at sea. As Norway is occupied by Nazi Germany, Freddy and Kvalen sail on multiple ships, delivering cargo to ports around the world, continuously displaced and not sure of what will come next. Back home, Freddy’s wife Cecilia (Ine Marie Wilmann) struggles to take care of their two children without any guarantee that Freddy’s wages to provide for his family will actually arrive and that her husband will ever come home from this global and years-long war.

War Sailor is an arduous effort, a two-and-a-half-hour tale of two men who simply go where they are told, hopeless to effect the outcomes they want for their lives. That’s not to suggest that they do not attempt to impact them, in one case earning the contempt of their captain for demanding that the ship be stopped so that they can rescue those screaming for help from the water who would otherwise have been abandoned to die. They care for their country and especially for the people with whom they serve, but they are well aware of the futility of war and how what they do may not actually accomplish anything.

What War Sailor best conveys is the endlessness of service, how these two men leave home before things have gotten bad in Norway, unsure of what their term will look like. Once they’re at sea, they have nothing else to do but keep going on their course, fighting to stay alive and to protect those they care most about as well as the allied forces they have pledged to fight alongside. Desertion brings with it a sense of unforgivable shame and, in many cases, severe penalties both for the service member and their family back home. It’s particularly jarring to see how both Freddy and Kvalen are regarded by some as not loyal to the cause despite the incredible sacrifices they both make in its name.

War Sailor’s title best encapsulates its content, which is immersive and all-encompassing. While Freddy and Kvalen are at sea, it feels like they couldn’t be elsewhere, and then the film returns back to their home of Bergen where Cecilia receives only fleeting news of their whereabouts and condition. There are a few particularly potent and tense moments where disaster and death seem imminent and where the reliability of information causes problematic miscommunications that shape actions and behavior.

That facet of the story is both disturbing and informative, since people – and governments – do operate based on the intelligence they have, and the fact that so much is either warped or blatantly incorrect means that hundreds of lives may be lost for no reason. War Sailor, like another TIFF entry, All Quiet on the Western Front, captures the devastating nature of being at war, simultaneously honoring the commitments of those in service while indicting the surrounding conflict as filled with unnecessary loss of life that surely could have been avoided.