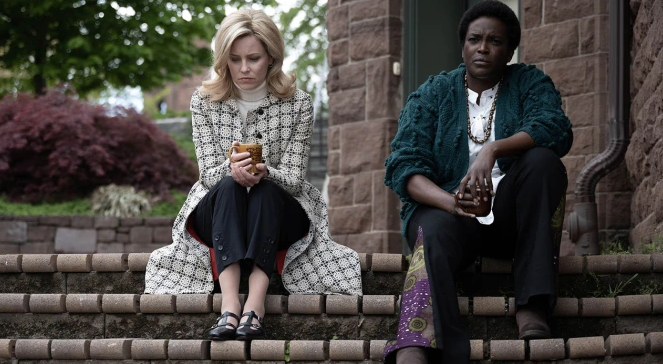 The years 1968-69 were among the most exciting in the latter half of the 20th century. The U.S. was waging an immoral and futile war in Vietnam that led to riots that could have evolved into revolution. At the same time, these were the years in which America emerges as a nation undergoing a sexual revolution. Women acted as interested in sex as men, the gestalt immortalized in Charles A. Reich’s “The Greening of America.” Almost inevitably, reaction set in, leading to a period in the 1980s that made us believe the “Greed is Good.”

The Supreme Court at the time was anything but the reactionary bench that exists now, one which in 1973 held that laws banning abortion were unconstitutional, and that all states must allow women to get the procedure at least during the first trimester of pregnancy. Before the Roe decision, state laws ran from banning abortion altogether: rape, incest, the health of the mother were irrelevant. Only the states of Washington and New York, Hawaii and Alaska, would allow abortion based on the doctors’ acquiescence.

Watching “Call Jane,” we may wonder why Joy (Elizabeth Banks), having been told by a doctor that a cardiomyopathy would put herself in danger should she decide to carry her pregnancy to term, does not travel to New York. But given that her husband Will (Chris Messina) is a “square”—a criminal litigator who states that he would never break the law—Joy is hesitant. Nor does have a bank account that would have facilitated the journey. Still, Will sets up a meeting in a Chicago hospital asking the board for permission to let Joy undergo an abortion. She is turned down notwithstanding the risks she faced, the doctors addressing Will as though Joy were not in the room.

Phyllis Nagy in her freshman film directing effort (her “Mrs. Harris” is a TV movie about a cardiologist who should not have jilted his lover) shows examples of the period: anti-war graffiti on the walls, flip hair styles on the women, phonograph records at 33 rpm, dial telephones about to be perfected with the addition of answering machines.

Thematically, “Call Jane” is a dramatization of an organization in Chicago that provided abortions to desperate women. It’s a wonder that they were able to do their underground work without being caught, given that they put signs on trees inviting women to “call Jane.” Women would be picked up by Gwen (Wunmi Mosaku), an advocate of Black power, and taken blindfolded to a destination under the leadership of feminist Virginia (Sigourney Weaver). Dean (Cory Michael Smith) an abortion professional with a Beatles haircut, would do a twenty-minutes’ procedure to extract the fetus as though it were a series of pumpkin seeds. Truth to tell, Nagy deliberately eliminates all factors that would have given real melodrama to the operation better to focus on the feelings of the women, some who are turned away for lacking the needed $600.

With a fine performance from Sigourney Weaver as the leader of a group of women (all called Jane), Elizabeth Banks serves as the housewife married to a man who had just made partner in his law firm and who probably would raise a fuss if his wife were to get a paying job. But Joy emerges from an apolitical cookie-baking woman, transforming into a fighter for reproductive rights. After her own abortion she serves as a nurse and then takes on the role of the person who would do up to twenty procedures a week, taking no money and thereby allowing patients to pay only what they can. Banks and Weaver make a terrific couple, the feminist and the debutante, in a story based on the reality that the clinic performed 12,000 abortions. What must have been astonishing to the sisterhood that regularly met to decide which candidates they would accept as patients is that the Roe decision was announced by an all-male Supreme Court.

The film is not for people who want police sirens blaring with the sisters taking cover, which is all to the good. Melodrama is not needed: the right audience, probably mostly those of liberal bent, will be riveted by the conversations.