It’s incredible to think just how much of what people do on an everyday basis is captured on camera. That can raise security and privacy concerns and be used for nefarious and manipulative purposes, but there can also be productive consequences. Closed Circuit strikingly reconstructs the events leading up to a deadly terrorist attack in 2016 in Tel Aviv, speaking with the survivors and using the many angles provided by the security cameras in place at the Sarona Market to bring audiences back to that tragic and transformative night.

Rather than try to assemble a through-line from the start of the evening to the end of the attack, Closed Circuit intersperses shots from each of the many cameras within the mall with interviews with those who were present. They speak as if they remember every second clearly, and also of how they had no concept of what was about to happen when they first arrived. In some cases, they watch the footage and react to it, seeing grainy versions of themselves and the people they lost that serve as a reminder and confirmation of what lives in their memories.

The vault of available recordings is presented to offer a particular perspective, detached from the events themselves but capable of capturing everything nonetheless. Watching them in this way might give audiences some false hope that they could be prevented or their effects lessened, or that such a network of surveillance might have been monitored in the moment to avert an attack altogether. But instead it merely records and documents, and makes it possible for this film to revisit a more idyllic time before the outbreak of violence that claimed multiple lives and left a distinct imprint on those who did survive.

The issue of digital privacy is a major one in the world today, and fictional series like The Capture show what could be possible given technological advances and the corruption of systems ostensibly designed to help people. In a country like Israel that has sadly endured numerous attacks like this one, it’s an interesting reflection on whether existing networks could be utilized to proactively protect against future incidents. But that’s not an idea this film dwells on, instead paying tribute to those present at this specific time, linked to others who were there by the experience of having lived through it.

This film does probe how identity plays into the aftermath of an attack on a metropolitan area, with those heard speaking Arabic briefly questioned as potential suspects even though they too felt the terror of hearing gunshots and having to run without a true understanding of what was going on. That adds an additional layer of trauma to what they have endured, and the emotion of that comes through in how they tell their stories. But it’s also something they’ve become used to within Israeli society, another aspect of this documentary that makes its subject matter even more complex.

Closed Circuit runs just 54 minutes, yet in that time it manages to transplant audiences to a moment frozen in time before the attack, dwell with those who were present in the experience of being there, and then return years later as survivors speak to the camera in front of the market. It’s the closest thing possible to being there, seeking to relay a feeling that can’t possibly be understood without having gone through something like this. It’s both intimate and all-encompassing, avoiding any trivializing or sensationalizing of what happened and instead honoring what everyone went through, particularly those who stepped in to try to stop it. That so much of it can be still seen yet it cannot be reversed is haunting, but this film provides some worthwhile suggestions for how to process it. 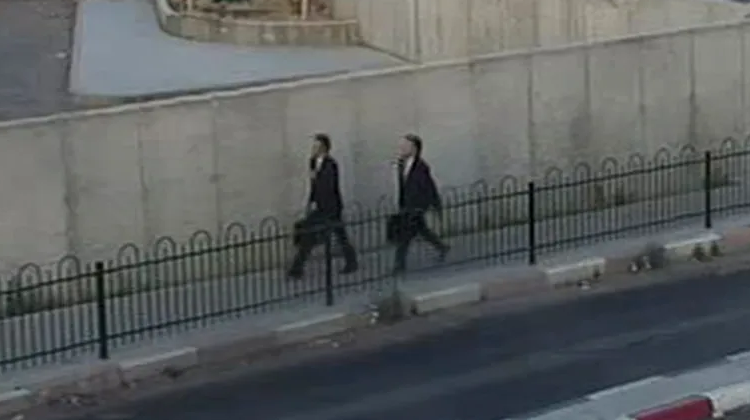