Navigating the turbulent waters of fame while remaining committed to honoring their genuine relationships with their families and life-long friends can be a struggle for any entertainer. That’s certainly the case for the singers of the titular band in the hit UK musical comedy film series, ‘Fisherman’s Friends.’

‘Fisherman’s Friends: One and All,’ which is the sequel to the 2019 popular original movie, ‘Fisherman’s Friends,’ is being released in U.S. theaters and on VOD and digital tomorrow, November 18 by Samuel Goldwyn Films. In honor of the comedy’s American distribution, ShockYa is premiering an exclusive clip from the feature.

The sequel was directed and produced by Meg Leonard and Nick Moorcroft. The duo also co-wrote the script with Piers Ashworth, who they also co-penned the script with for ‘Fisherman’s Friends.’ The new movie stars James Purefoy, Dave Johns, Sam Swainsbury, Maggie Steed, Jade Anouka, Richard Harrington, David Hayman and Imelda May.

‘Fisherman’s Friends: One and All’ continues the uplifting true story of the unexpected success of the eponymous band’s debut album, ‘No Hopers, Jokers and Rogues.’ Almost a year after the record’s release, the group struggles with the pressures, pitfalls and temptations of their newfound fame. They must also navigate second album syndrome and performing on the pyramid stage at Glastonbury. 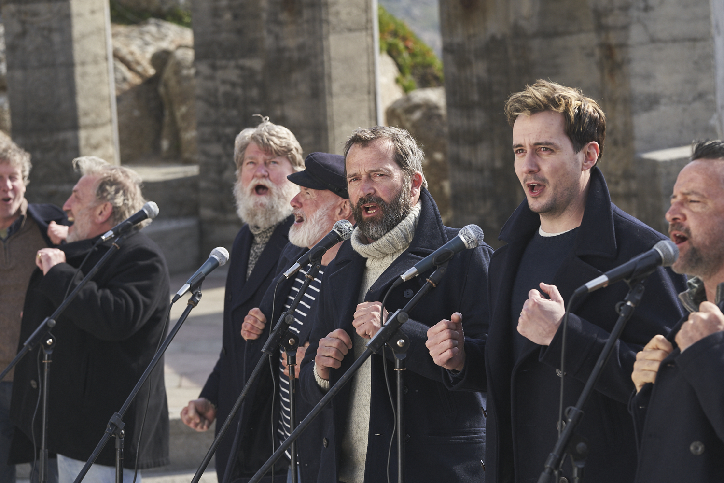 ShockYa is premiering an exclusive clip from writer-director-producers Meg Leonard and Nick Moorcroft's comedy sequel, 'Fisherman's Friends: One and All.'