More evidence of the guilt of Chasity Jones, a former FilmOn employee who’s continuing her wrongful sexual harassment case against her one-time boss, British billionaire Alki David, in order to maintain money she has wrongfully taken from him, is continuing to mount. As a result, he has filed a criminal complaint against her for theft.

As a result of her actions, Jones will be added to a California State Bar lawsuit for being part of a conspiracy to commit fraud to make money she doesn’t deserve through her association with her corrupt Los Angeles attorney, Lisa Bloom. The duo is also connected to several of the latter’s fellow disgraced lawyers, including her mother, Gloria Allred, and their associate, Tom Girardi.

Jones is being accused of stealing $40,000 in her quest to make easy money. She has also faked a $700,000 hologram deal with Foxwoods Casino to fraudulently acquire more cash. She has also borrowed millions of dollars in a fake order to buy property, as she’s claiming she’s a single mother living in poverty.

Jones was awarded the $11 million after she worked for David at FilmOn in 2015. She initially said that he sexually harassed her, but later signed a declaration that claims he never inappropriately touched her while she was employed at the company.

The former FilmOn employee also proved she committed perjury in her initial court testimony when she said that David created an unsafe work environment for both her and her colleagues. Jones signed a declaration on February 16, 2016 that claims that she was willing at the time to testify that her former co-worker, Elizabeth B. Taylor, who also accused David of sexual harassment, never told her that she was being targeted by their former boss during their employment at the company. 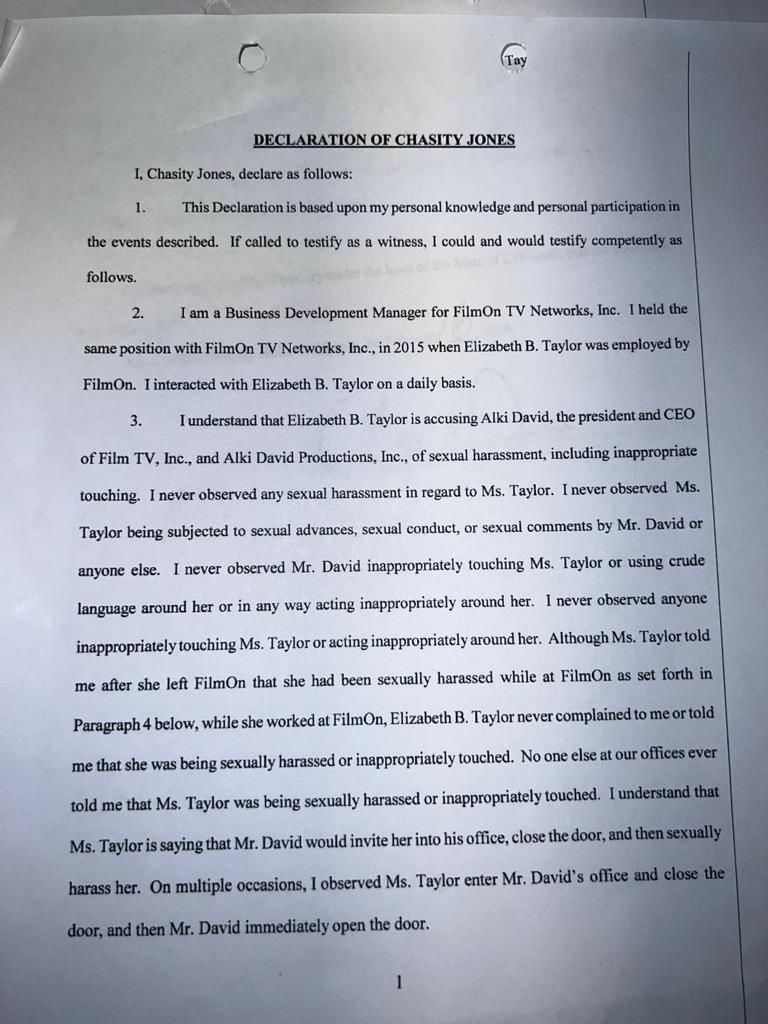 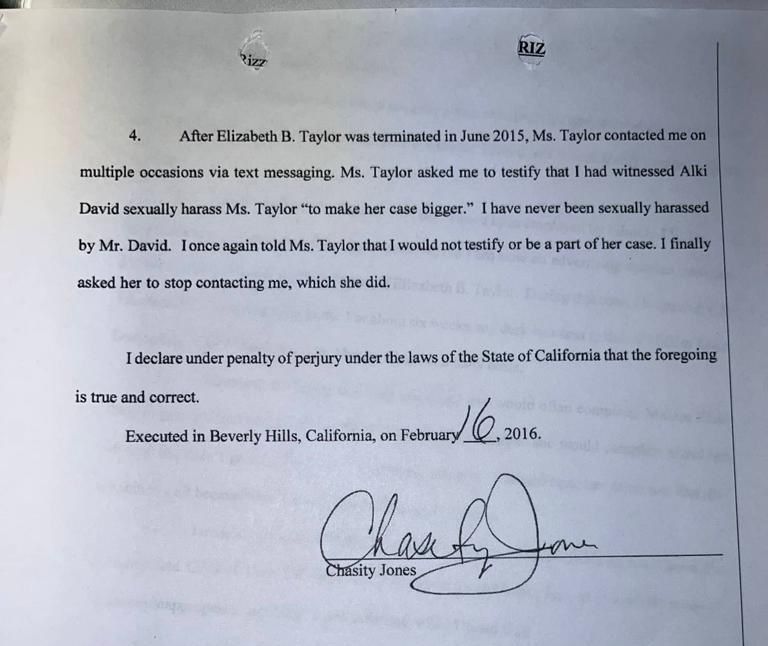 Jones went on to say that if she was called to testify at the time, she could truthfully say that she “never observed any sexual harassment in regard to Ms. Taylor. I never observed Ms. Taylor being subjected to sexual advances, sexual conduct or sexual comments by Mr. David.”

This isn’t the first time that Jones has gotten in trouble with the law. In a background check on her criminal history, records indicate that she was charged with Assault Causing Bodily Injury of a Family Member in Collin, Texas on May 20, 2008. 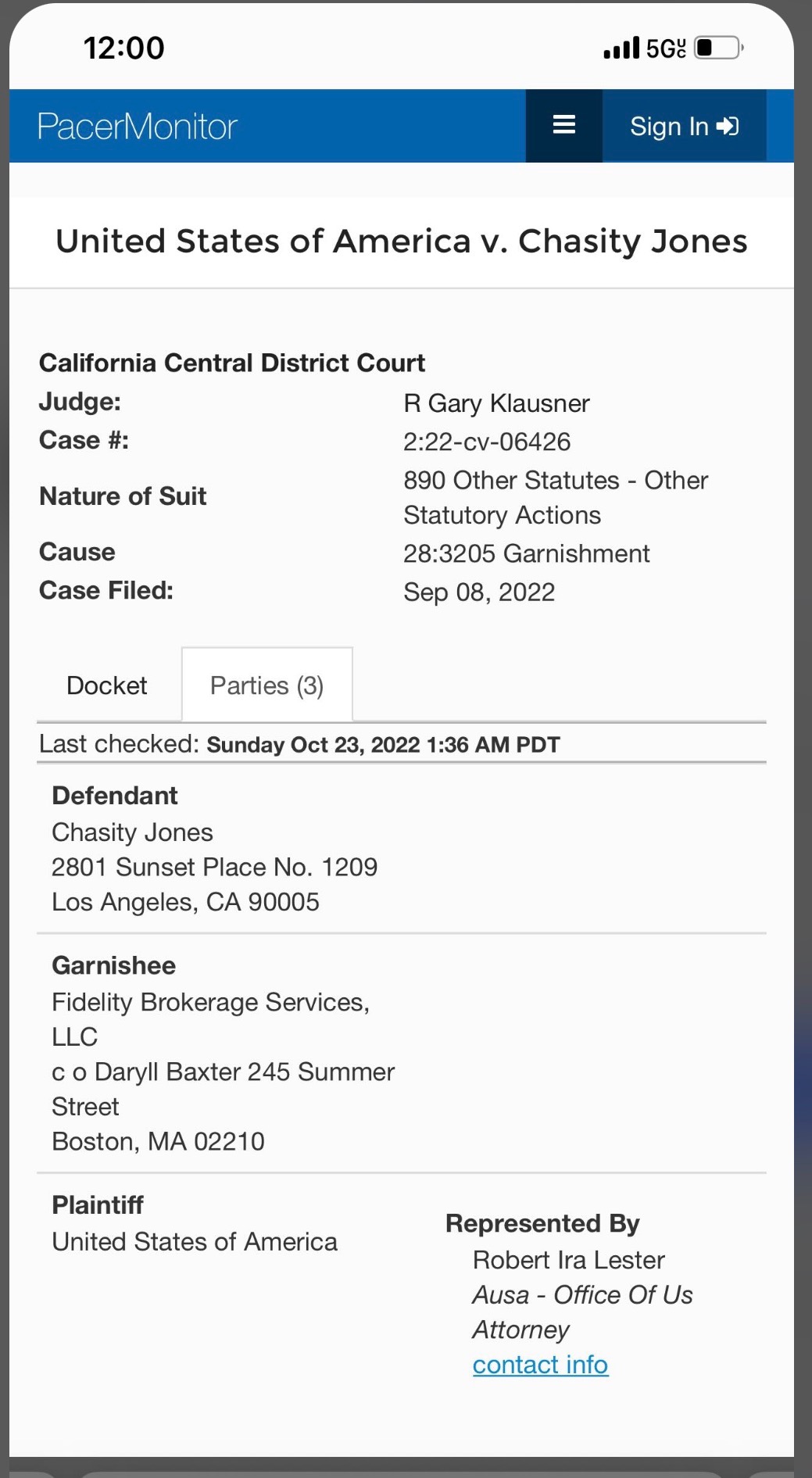 In order for David, who’s the CEO of FilmOn, Hologram USA and Swissx. to receive an unbiased trail in Jones’ lawsuit against him, a new judge has been selected to oversee the case. Judge Thomas C. Falls has replaced Judge Yolanda Orozco, who recently recused herself from duty in the Los Angeles County Superior Court. She stepped down from the position after months of urging from David, who cited her conflict of interest with the law for his request for her removal.

Judge Falls, who was worked as a lawyer in Los Angeles County since he earned his J.D. from Western State University School of Law in 1985. He joined the District Attorney’s Office in 1989, where he worked until 1996, at which time he was elected to serve on the Municipal Court. He was later elected to the Los Angeles Superior Court Executive Committee in 2003.

Despite the elected official’s lengthy background in upholding the law, David is already questioning how Judge Falls will correct the mistakes made by Orozco. The latter was influenced by her affiliation with Girardi, Allred and Bloom. The businessman has proven that the trio has not only conducted a wrongful legal battle against him, but also corrupted the California State Bar.

Besides Orozco recusing herself from his case against Jones, David has also expressed support over the Supreme Court’s recent decision involving the Election Integrity Project of California (EIPCa). The Supreme Court ruled that EIPCa has the standing to challenge the constitutionality of the state’s election laws, regulations and procedures. He hopes the decision will help his lawsuits that are linked to the Girardi judges, who have all been identified as having affected his cases.

The Ninth Circuit has ruled that EIPCa, James Bradley (US Senate Candidate, Co Lead Plaintiff) and recent and future congressional candidates have standing to challenge the constitutionality of California’s election procedures that have weakened or removed integrity from the election process. Though the Constitution gives authority to state legislators to pass laws to manage elections and process ballots, EIPCa asserts they do not have carte blanche authority to pass laws that diminish the value of lawfully cast ballots.

The decision remanded the lawsuit to the lower court for discovery, which is the next phase of the litigation.

Over the last decade, California has passed laws, orders and regulations that have led to massive irregularities in the voting process, culminating in the 2020 election, when Governor Gavin Newsom authorized mailing a ballot to all active registrants on the voter rolls and former Secretary of State, Alex Padilla, gutted signature verification requirements. EIPCa received over 700 affidavits signed under penalty of perjury from EIPCa-trained observers who consistently reported election workers not adequately verifying signatures and, in some cases, counting ballots without signatures.

Because neither the state legislature nor Padilla required uniform and secure vote casting and counting procedures, procedures were applied unevenly across counties. EIPCa and its co-plaintiffs filed this lawsuit against Governor Newsom, the Attorney General, the Secretary of State and thirteen country registrars.

“I received an overwhelming number of calls up to the 2020 election that were very concerning regarding the integrity of that election and more recently regarding the just concluded elections in the state of California. I made a promise to the voters of California that we would investigate and pursue legal action to clean up our elections in California to insure fair, transparent and honest elections. This is my oath to serve and protect every citizen’s right and our constitution,” said Bradley, who’s a candidate for US Senate in 2024.

David agrees that EIPCa needs to insure fair, transparent and honest elections across Los Angeles County, as “Lawyers, judges and sheriff’s office officials have created a corrupt network that target individuals, corporations and insurance companies,” under the guidance of Girardi, Allred and Bloom. The group trafficks “lawsuits through their network to create unfair and untenable situations for their victims by the criminal abuse of power,” David added.

While the law enforcement officials who are connected to Girardi, Allred and Bloom’s corrupt association, which David refers to as Scam Inc., receive monetary compensation for their illegal acts, several of the justices affiliated with the lawyers have been arrested along the Southern Californian coast and in Pennsylvania. There has been speculation that they’ll be sentenced to prison terms for their crimes that are linked to Scam Inc.

David also hinted that Scam Inc.’s criminal abuse of their influence alludes to how Orozco used her power to her advantage in the case Jones brought against the businessman in a 2019 trial. Jones was represented by Bloom during the trial, during which she was awarded $11 million by a Los Angeles jury.

After the jury ruled in Jones’ favor, David continued to proclaim his innocence. While moving forward with his efforts to clear his name in the case, David asked if Judge Falls “know that Chasity Jones has sworn under penalty of perjury twice, each time saying a different thing?”

The business man has also pondered what type of discipline Bloom and her cohorts should receive, in relation to the case. “What should the sentence or punishment be for somebody who threatens witnesses with physical pain they were to speak in support of (me)? What should the punishment be for a lawyer who fixes signatures of opposing counsel on witness lists and evident lists?”

During Jones’ time working as a business development manager for FilmOn TV in 2015, Jones worked with Taylor on a daily basis. Jones added in her declaration that during her employment at the company, she “never observed Mr. David inappropriately touching Ms. Taylor or using crude language around her or in any way acting inappropriate around her.”

Jones further went on to say that “After Elizabeth B. Taylor was terminated in June 2015, Ms. Taylor contacted me on multiple occasions. Ms. Taylor asked me to testify that I had witnessed Alki David sexually harass Ms. Taylor ‘to make her case bigger.’ I have never been sexually harassed by Mr. David. I once again told Ms. Taylor that I would not testify or be a part of her case.”

Jones’ statements in the declaration contradict the lawsuit she filed against David that led to her winning the $11 million in 2019. During her trial, she brought allegations of sexual harassment and sexual battery against him, which included claims that he touched her inappropriately, showed her pornographic videos and brought a stripper into the FilmOn office. Jones also claimed that her former boss eventually fired her after she refused to have sex with him.

David has long proved that Girardi, Bloom and Allred have waged a long wrongful legal battle against him through false claims made by their clients, including Jones and Taylor. He’s determined to stop the lawyers’ illegal actions against him because “The trafficking of me through the Girardi judges has been ridiculous,” he proclaimed.

Besides Jones, several of the lawyers’ other clients who also filed lawsuits against him have since also rescinded their claims. They changed their claims because they realized the mother and daughter attorneys had no evidence in their cases.

In addition to the wrongful lawsuits she has coerced her clients into filing against him, David is also chastising Bloom for working with Joseph Chora, a California-based debt collector. He works at the Los Angeles-based law firm, Chora Young, which claims it “helps creditors pursue recalcitrant judgment debtors who have initiated asset protection schemes to avoid paying a judgment.”

However, the firm has resorted to using judgment orders obtained through illegal methods that ruin people’s lives, David has revealed. He added that Chora is using Bloom and Girardi’s connections to his advantage so that he can use unscrupulous methods to harass his victims.

The lawyer is known to apply pressure to his targeted victims. Even after they repeatedly answer his questions, he still directs an unethical judge affiliated with Bloom and Girardi to make a fake order of fines against them, based on false complaints. The lawyers’ victims become so distressed and desperate to evade punishment that they accept and pay the fines.

Overall, David is working on introducing evidence that proves his innocence and the guilt of the Girardi-appointed judges and lawyers, as well as their supposed clients, in the case. He also hopes to be able to introduce the fact that five of the lawyers who have represented him in the case, including Barry Rothman, have since tragically died. He believes the lawyers’ deaths are linked to the judges in his case, as well as the FBI office in Los Angeles, being corrupt by Girardi and his associates.

With judges who were once involved in David’s case, like Orozco and Michelle William Court, having been recalled, the businessman is hoping that Judge Falls won’t also be corrupted by Girardi, Allred and Bloom. David also hopes that the new judge on his case will properly punish the lawyers and their clients who knowingly lied in the lawsuits they filed against him. 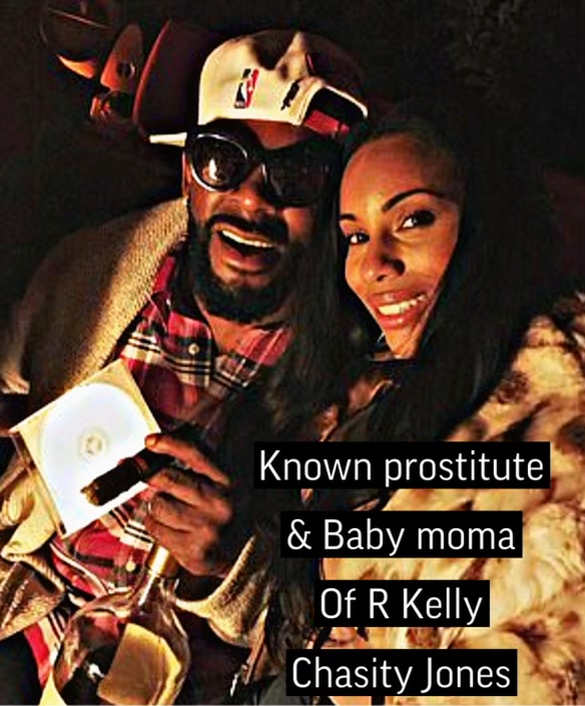