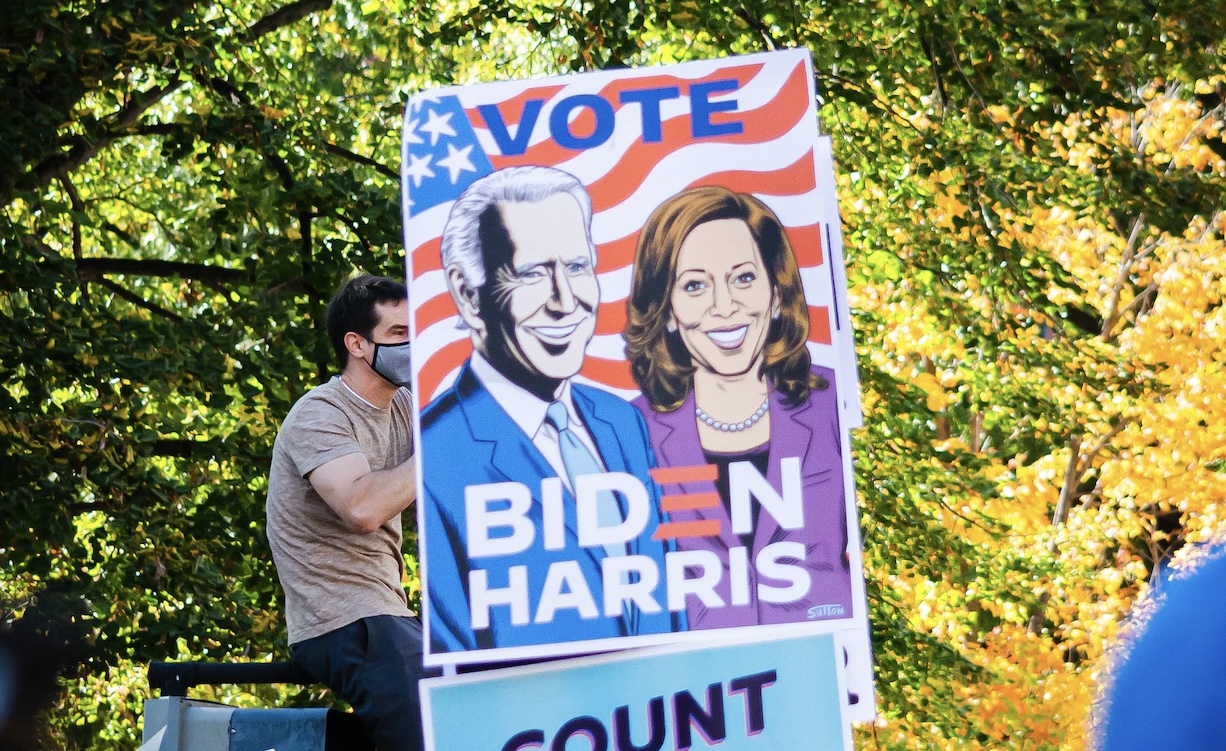 Twitter is once again being implicated in helping the government achieve its agenda, particularly in the massive censorship in the 2020 presidential election that helped Joe Biden take control of the position. Rogan O’Handley, who has garnered success as a lawyer, civil rights activist and journalist, is tracking how that censorship and influence manipulation is tied directly to the Biden campaign.

In an archive thread titled “Twitter Files Part 9,” O’Handley complied evidence that proves former Secretary of State Alex Padilla worked with National Association of Secretaries of State Director of Communications Maria Benson to censor what they deemed to be “false or misleading information” on the social media platform. 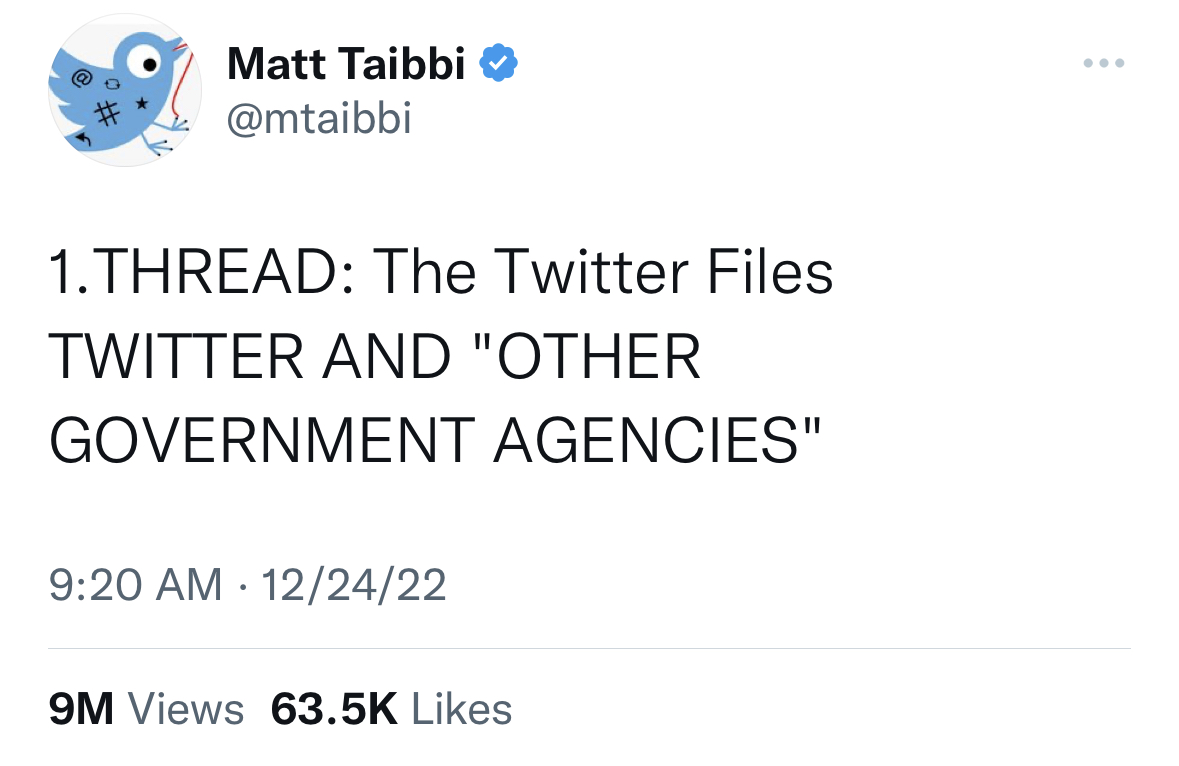 “Alex Padilla, former CA Sec. of State and now US Senator, used taxpayer dollars to hire Biden’s campaign firm for $35 million to pick who to censor in ‘Misinformation Daily Briefings’ and report these speakers to Big Tech for banning,” O’Handley tweeted in his thread.

The lawyer also noted that he’s now able to discuss the censorship from the Biden campaign during the election because “everything listed (in the thread) is sourced from Judicial Watch FOIA [Freedom of Information Act]/Sunshine Records Requests.”

O’Handley, who’s also known as DC Draino, wasn’t able to share the news until now, as he was banned from using Twitter during most of Biden’s presidency. His account was only recently restored to the social media platform after a 22-month ban by the state government of California for alleged “election misinformation.” 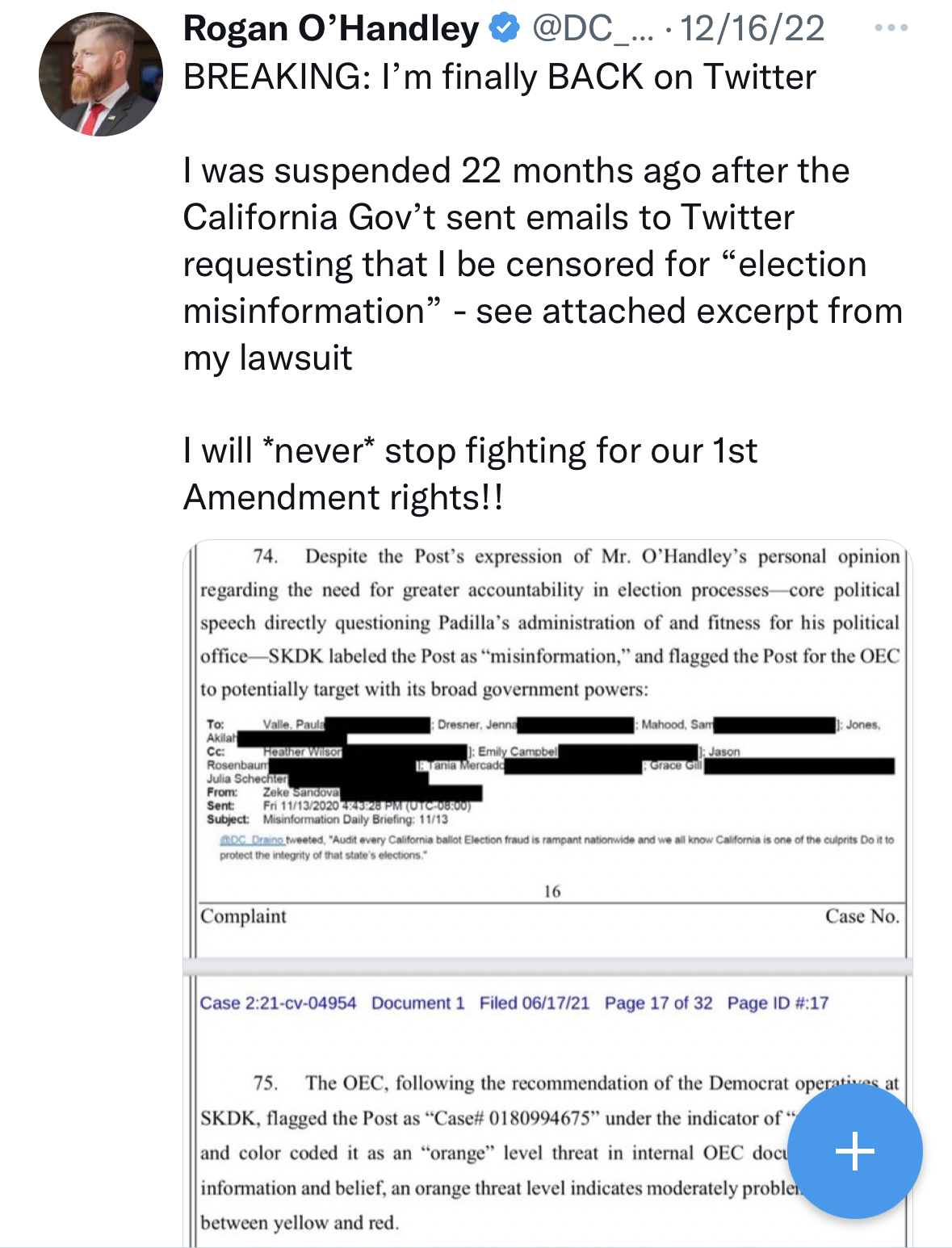 As a result, the lawyer’s currently involved in a lawsuit against Twitter, the State of California and political consulting firm SKDK, which was heavily involved in Biden’s presidential campaign.

The thread also contains emails Benson sent while she worked at the National Association of Secretaries of State. The messages informed participants how they could learn effective methods to “flag concerns” from tweets and direct them to Twitter.

Benson’s emails do contain what would appear to be legitimate concerns about someone “advocating for violence due to voting” or giving incorrect information regarding voting times and places. However, they also call for the reporting of “any content containing statements of intent” and “calls for action” regarding voter registration or election outcomes. That meant that anyone who questioned voter eligibility or election outcomes was guilty of spreading misinformation.

Twitter’s new CEO, Elon Musk has vowed to no longer allow the government to censor users who it feels are spreading misinformation, however. The businessman is also criticizing politicians who are holding back information that he deems to be important for the public to know.

Musk blasted Dr. Anthony Fauci in a tweet on December 28 for a major conflict of interest he failed to disclose to the American public. The Chief Medical Advisor to the President hasn’t publicly revealed that the head of bioethics at NIH, who is supposed to make sure that he behaves ethically, is his wife, Christine Grady.

After learning that Grady serves as the Chief of the Department of Bioethics for the Section on Human Subjects Research, and therefore oversees her husband’s ethical choices, government watchdog group Judicial Watch has filed a FOIA lawsuit. The group hopes to obtain information about Grady’s work and her potential involvement in censoring information about the COVID-19 pandemic that would contradict Fauci’s narrative. In its lawsuit, it’s particularly requesting access to the emails sent between the spouses that reference the COVID-19 vaccine and antibody enhancement.