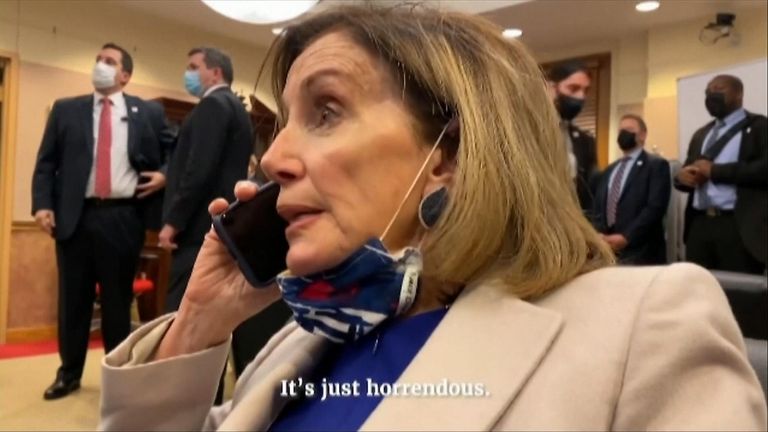 House Republicans have located text and emails from then House Speaker Nancy Pelosi’s office that prove that she was directly involved in creating and editing the Capitol security plan that failed to protect government officials, police officers and innocent bystanders during the Januray 6, 2021 event. The messages also show that security officials who were involved in securing the Capitol were repeatedly denied the resources by Pelosi’s office that were requested by Trump officials.

The internal communications from Pelosi’s staff were made public recently in a report compiled by several Republican Reps., including Rodney Davis, Jim Banks, Troy Nehls, Jim Jordan and Kelly Armstrong. After they conducted a months-long investigation that was authorized by House Minority Leader Kevin McCarthy, the Republican Reps. found the messages amongst evidence that had been ignored by the Democrat-led January 6 committee.

The report from the Republican Reps. shows that the Capitol was left vulnerable on January 6 as a result of failures by the Democratic leadership in the House and law enforcement leaders in the Capitol Police. Pelosi and her fellow Democrats were more concerned about how bad it looked to have armed officers and National Guardsmen visible to the public than the need to have enhanced security protecting officials. 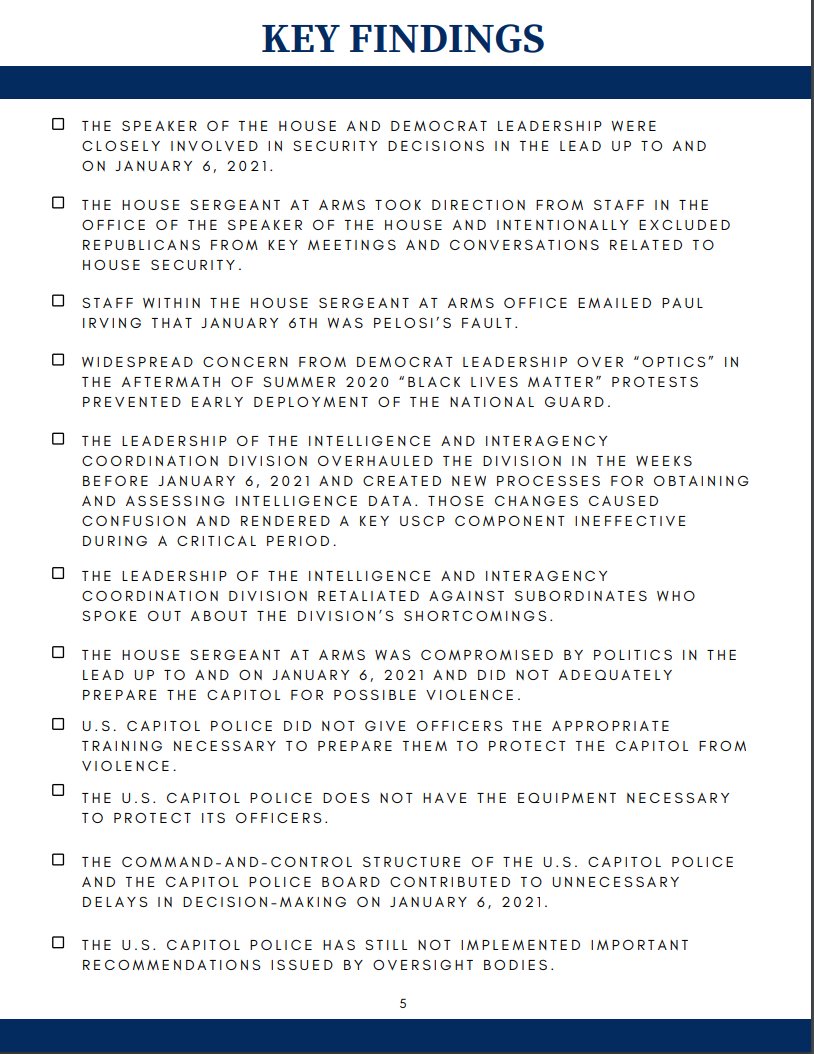 “Leadership and law enforcement failures within the U.S. Capitol left the complex vulnerable on January 6, 2021. The Democrat-led investigation in the House of Representatives, however, has disregarded those institutional failings that exposed the Capitol to violence that day,” the GOP report noted.

The report also corroborated prior reports that Capitol Police began receiving warnings in mid-December 2020 that there could be significant violence being planned against the Capitol and lawmakers. The violent attacks were being organized by protesters who were planning to assemble in Washington, D.C. during a Trump rally.

“Prior to that day, the U.S. Capitol Police (USCP) had obtained sufficient information from an array of channels to anticipate and prepare for the violence that occurred,” the report noted.

Banks said the GOP’s report also helps counter the Democrat’s narrative, which ignores security failures by police and political leadership. “Our report exposes the partisanship, incompetence and indifference that led to the disaster on January 6 and the leading role Speaker Pelosi and her office played in the security failure at the Capitol,” he said.

The report’s most noteworthy revelations involved text and emails that reveal how two key staffers in Pelosi’s office attended regular meetings to discuss the security plan for January 6 that date back to early December 2020. The House Speaker’s top aide even edited some of the plans during those meetings. Most of those discussions and meetings didn’t include Republican lawmakers in the House, the report also revealed. 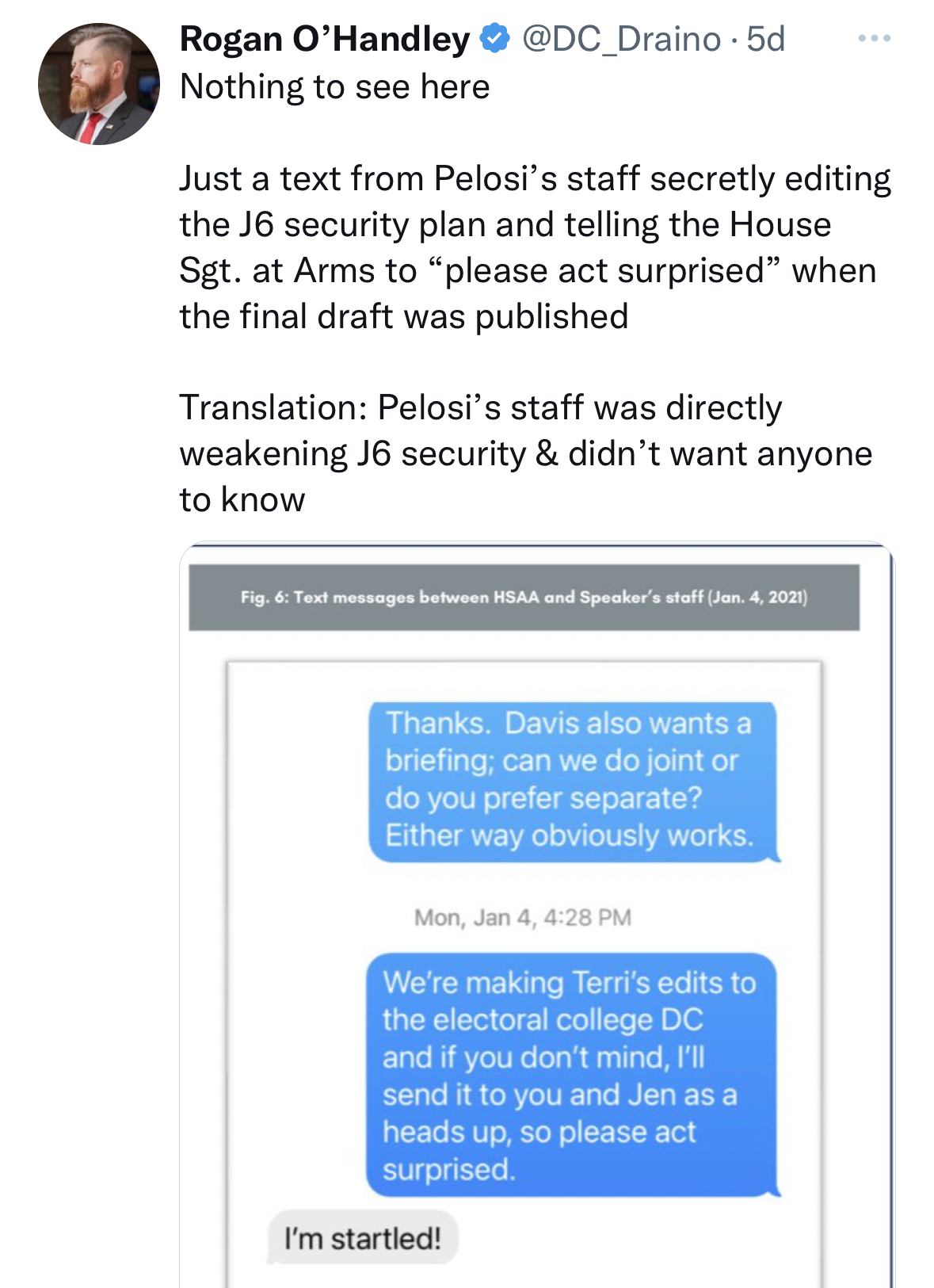 Then-House Sergeant at Arms Paul Irving “coordinated closely with the Speaker and her staff and left Republicans out of important discussions related to (January 6) security,” the report continued. But after the riots occurred, Pelosi refused to take the blame for the lack of security at the Capitol and forced Irving to resign.

A staffer in the House sergeant at arms office sent an email suggesting the Democratic leadership also made Irving and Capitol Police Chief Steve Sund take full responsibility over the failure of lawmakers to provided adequate security resources to the Capitol.

As a result, the GOP report challenged the story Pelosi gave in February 2021 that she didn’t have any power over Capitol Police or the security plan for January 6. “Documents provided by the House Sergeant at Arms show how…Irving carried out his duties in clear deference to the Speaker, her staff and other Democratic staff,” it said.

The GOP report also noted that Pelosi’s chief of staff Terri McCullough and another aide, Jamie Fleet, head regular contact with police and the sergeant at arms over the security planning for January 6 starting in early December 2020. At one point, McCullough was so involved she was asked to edit a security plan letter that would be sent to lawmakers a few days before the tragic events.

“Irving sent the draft to McCullough and Fleet and requested any edits comments or concerns,” the report said “McCullough responded shortly afterwards with edits.”

The report also shows that front line officers were kept from learning about the dangers they were going to face on January 6 because Irving was distracted by other responsibilities. A top intelligence official for the Capitol Police was also blamed, due to making changes to intelligence analysis.

“Officers on the front lines and analysts in USCP’s intelligence division were undermined by the misplaced priorities of their leadership. Those problems were exacerbated by the House Sergeant at Arms, who was distracted from giving full attention to the threat environment prior to January 6, 2021 by several other upcoming events,” the report concluded.

Could it be that Pelosi anticipated the January 6 riot, adding gasoline to the fire? Knowing they could blame President Trump for the outcome? 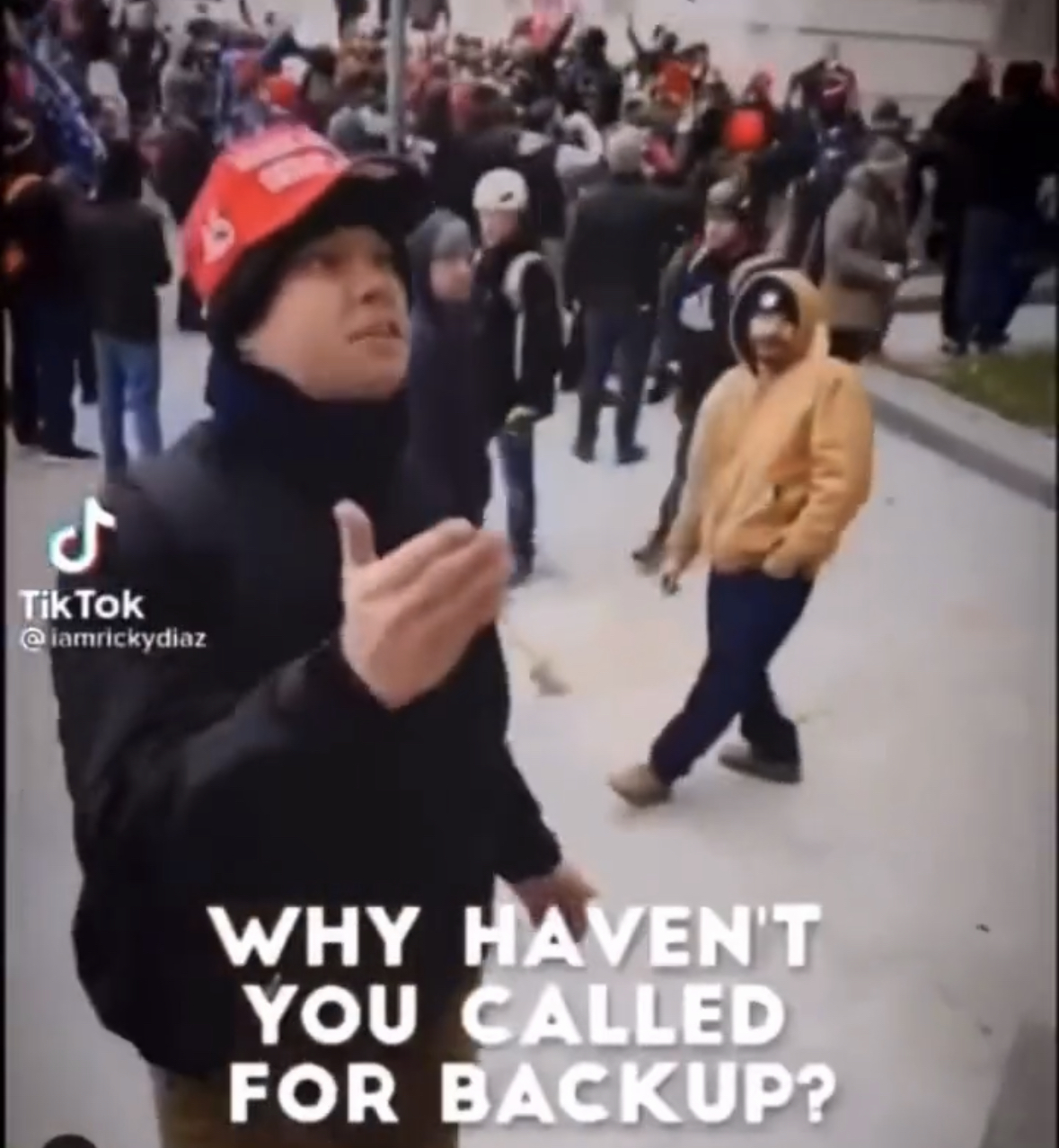 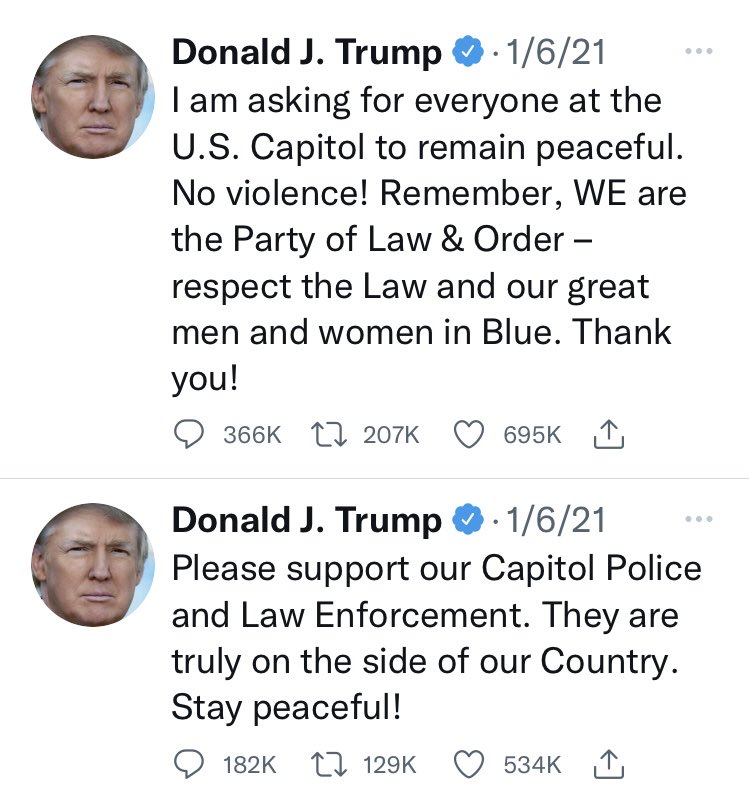